Look for Oscar to give Natalie Portman some love 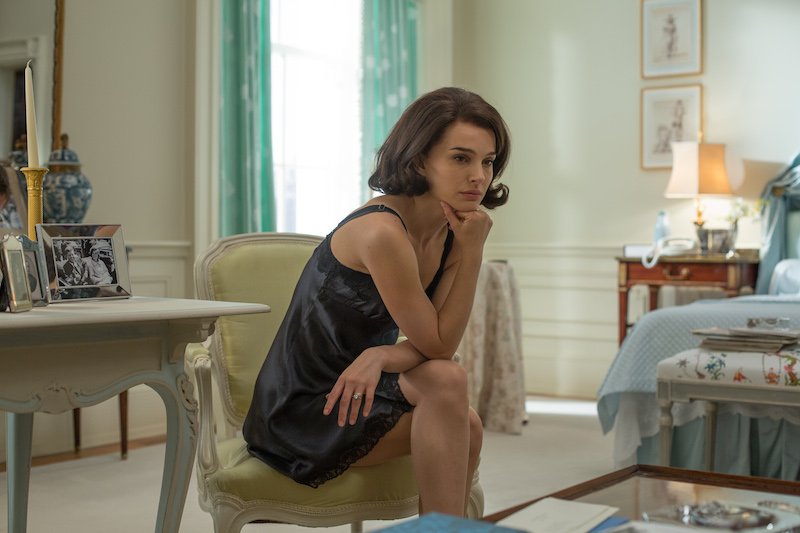 Despite her passion for privacy, Jacqueline Kennedy was one of the most closely scrutinized women in the world – but never like this. Anchored by Natalie Portman’s exceptional performance, Pablo Larraín’s new pic delivers a powerful and often disorienting portrait of a famous widow’s grief.

Noah Oppenheim’s savvy script probes how a devastated woman seeks to gain control over a situation in which she has none. She refuses to change out of her blood-stained clothes, insists days later on throwing her son, John, a birthday party as if nothing has changed and vexes the Secret Service with her plan to walk eight blocks behind her husband’s casket, a potential security nightmare.

In the opening sequence, a journalist (a wary Billy Crudup) modelled after Theodore H. White, who undertook an interview with Kennedy a week after her husband was assassinated, visits her at her Hyannis Port home. She appears to be entirely alone, just one of the many weird aspects that make the film so fascinating.

Chain-smoking throughout these sequences – “I don’t smoke,” she says, just to confuse the journalist – she discloses juicy tidbits (prompting flashbacks), only to refuse to let him use them, apparently toying with him throughout.

It doesn’t matter whether Jackie is fact-based. We know that she didn’t remove the famous blood-stained suit when she got on the plane where Lyndon Johnson was sworn in. Writer Oppenheim expands on this idea in a sequence where she takes off the pink outfit, slowly removes her underclothes, dried blood making her stockings stick, and showers the blood down the drain

In scenes of the making of her television special about how she redecorated the White House, she’s proud yet painfully shy, urged from the sidelines by her assistant (Greta Gerwig, sans quirks) to smile. This element gives us a sense of Kennedy’s ambivalence toward her role as First Lady, while setting the stage for her distress at having to leave her home barely days after her husband’s death. Lady Bird Johnson is shown reviewing furniture fabrics while Kennedy is within earshot.

It’s the feel of the piece that’s so unique. It’s not at all linear. The chaos in the narrative reflects how unhinged its subject could become, the film is often shot in unnerving tight close-up, and Mica Levi’s score, with its strained strings, makes for another destabilizing factor.

Portman refuses to take the easy way out by doing an impression of Kennedy’s half-smiles and breathy voice, though she does give us an inkling of them. But we often see her on her own (again, hard to imagine as real), trying on her gowns, swilling vodka, listening to a recording of Richard Burton singing the title song to Camelot or just weeping, and her silence speaks volumes. Oscar bait, for sure.

There’s nothing movie-of-the-week about Jackie. And it’s certainly not a biopic.