Greenpeace’s battle royal over the boreal 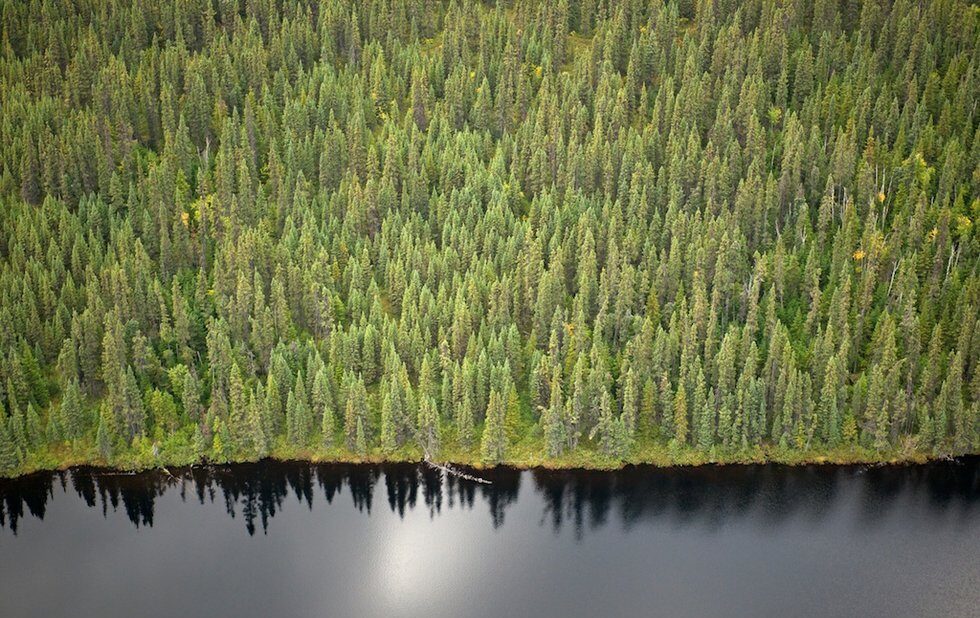 Can you judge a book by the paper it’s printed on?

According to Greenpeace’s latest report, Clearcutting Free Speech, that page-turner you’re reading may not only be razing forests, but also silencing logging critics.

Welcome to the latest chapter in the battle over the boreal between Resolute Forest Products, Canada’s largest logging company, and Greenpeace.

The two have been at odds since negotiations around the Canadian Boreal Forest Agreement went south and the eco org started labelling the company a “forest destroyer.” That was back in 2012.

Resolute first responded by filing a $7 million defamation suit against Greenpeace in Ontario. They followed that up last year with a $300 million lawsuit in the U.S. alleging that the enviro group is a “global fraud” whose fundraising activities include “defraud[ing] donors” and the U.S. Treasury. (Stand.Earth, formerly ForestEthics, has also been named in the suit.)

Greenpeace charges that Resolute is trying to sue the group “out of existence” with its latest lawsuit. The company has devoted a website and a social media campaign on Twitter to its efforts against Greenpeace.

Considering the U.S. law the company is using against the org was set up to prosecute organized crime, Resolute’s suit amounts to some pretty extraordinary legal manoeuvring. Notably, the law firm Resolute has hired to represent the company, Kasowitz Benson Torres, is the same one U.S. President Donald Trump is using to sue the New York Times.

“Their claims against us are completely over the top,” says Greenpeace forest campaigner Shane Moffatt, who is named in the Ontario suit along with another Greenpeace employee. “[Resolute] is essentially criminalizing environmental advocacy.”

Now the eco org is taking its message to one of the publishing industry’s largest conferences, the three-day BookExpo in New York City, which ends Friday (June 2).

The roots of Resolute’s case

The Montreal-headquartered pulp and paper company alleges Greenpeace’s “Resolute: forest destroyer” campaign wasn’t just malicious and defamatory, but has “fraudulently induced many millions of dollars in donations from regular working-class people who have been duped about Greenpeace and Resolute, and, most important, duped into believing their donations were preventing forest loss, mitigating climate change, saving caribou and helping Indigenous peoples.”

Greenpeace does admit that in 2012, the group inaccurately reported that Resolute logged in areas that were off-limits under the Canadian Boreal Forest Agreement (CBFA) between environmental orgs and logging companies.

“We immediately corrected the record and retracted that claim,” says Moffatt. Greenpeace went on to report on other concerns it had with Resolute’s practices, and in the spring of 2013, Resolute slapped Greenpeace Canada with its $7 million defamation lawsuit.

Moffatt tells NOW, “That error shouldn’t detract from the shortcomings Greenpeace documented regarding Resolute’s impact on woodland caribou habitat,” which Greenpeace spells out in its latest report.

Is Greenpeace barking up the wrong tree?

The Forest Stewardship Council (FSC) has permanently terminated three of Resolute’s sustainability certificates, and Resolute has since ditched its 2010 commitment to certify 80 per cent of its forest products with FSC. It now uses the industry-backed Sustainable Forestry Initiative certification, which environmental groups have widely criticized for its weaker provisions.

Resolute also sued one of FSC’s forestry auditors, Rainforest Alliance. That case was settled out of court.

In 2013, seven conservation groups, including the Canadian Parks and Wilderness Society, Nature Conservancy and David Suzuki Foundation, refused to keep working with Resolute as part of the Canadian Boreal Forest Agreement until the company came up with a scientifically defendable conservation plan for caribou. Their assessment, based on federal government science, was that Resolute’s forestry plans “would severely diminish the chances that any caribou herds within their tenures will survive after their logging operations.”

Earlier this year, an Ontario court judge dismissed as “frivolous” a whack of Resolute’s allegations in its $7 million suit against Greenpeace.  The judge ruled that suggesting Greenpeace’s raison d’être is to raise money and not to advocate for environmental causes is a “non sequitur” and noted that Resolute’s allegations of malice against Greenpeace “were so devoid of particularity as to be scandalous and vexatious.” An appeal court upheld the ruling in March.

On May 17, in the Georgia court where Resolute initiated its $300-million suit against Greenpeace, a judge ruled that Resolute’s 124-page complaint did not “provide a factual basis from which to infer the defendants committed fraud or extortion” in Georgia. The judge agreed to transfer the case to California, where most of the defendants in the case reside.

In its motion to the Georgia judge to dismiss the case, Greenpeace admitted some of its claims against Resolute in its “forest destroyer” campaign were “non-verifiable statements of subjective opinion.” That translated into some negative press.

The Financial Times ran with the story that Greenpeace had admitted its campaign against Resolute was “based on opinion, not fact.”

Greenpeace didn’t quite say that. What it did say was that calling Resolute a “forest destroyer” is “its own opinion based on facts.”

Resolute countered the claim by stating that it’s “planted well over a billion trees in the boreal.”

Greenpeace retorted that while “Resolute did not literally destroy an entire forest…, it is, of course, arguable that Resolute destroyed portions of the boreal forest without abiding by policies and practices established by the Canadian government and Forest Stewardship Council.”

Lauren Regan, executive director of the Oregon-based Civil Liberties Defense Center, says it’s highly doubtful Resolute’s fraud and racketeering charges have a chance of sticking. She argues that California should be a much more favourable venue for the environmental org.

But she doesn’t think it was necessarily Resolute’s intention to win its case against Greenpeace so much as to intimidate the environmental group into shutting up.

“This is much more of an attempt to suck resources and energy away from the campaign… and shut them down.”