10 great iPhone applications that came out this year 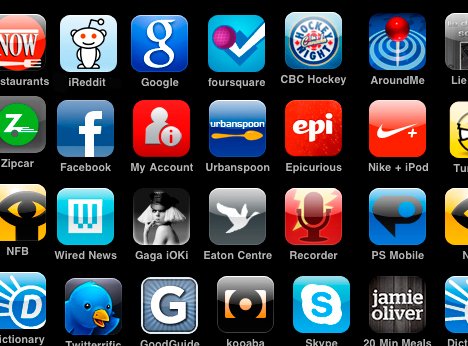 A list of some of the best apps of the year.

Common sense says that, like any technology, the best applications are often the ones that are the most useful. For instance, my most-used application is Google, for no other reason than it performs the most functions for me.

But productivity is only one slice of this pizza. So my favourite iPhone applications this year are a mix of ones I find myself using all the time and others I’m just generally impressed with.
Here’s the list, in no particular order:
Newser
This is the Tumblr of newsfeeds. Poorly-coded, sometimes tabloid-y stories filed like a blog. View summaries of stories from a number of sources around the world without leaving the application. Get it here.
LA Weekly
NOW’s Los Angelinos brethren unleashed a very busy version of its weekly in a useful iPhone app. It packaged basically its whole paper on the screen, which can look haphazard until you figure out how to use it. True, its value for those outside Los Angeles is a bit diminished. But anyone who enjoys reading the magazine’s Pulitzer Prize-winning food critic Jonathan Gold or the great feature on Freddie Gibbs would be wise to d/l this one. Here’s the link.
NFB
The National Film Board got on board with the iPhone by unleashing all its documentaries on the small screen. I’ve used this when I’m flying – opting out of the in-flight movie to watch a far more interesting Canadian documentary. With better sound too.
The main reason this app made my list is the sheer forward-thinking audacity of NFB. Unlike some of its more technologically staid government-subsidized cousins, the NFB jumped head first into applications. That’s before the AGO, ROM, and many, many others. Who would have thought?
Check here.
CBC Radio
My love affair with this app came to light in NOW’s Best Of issue. Here’s what I wrote at the time: In the last three years, the CBC has been quietly cutting-edge, launching impressive mobile applications and building a stronger online presence. (Does CTV even have a site? This app is the crowning achievement: hear any CBC show live or on demand, and browse the wonderfully iPhone-friendly CBC site at the same time (a novelty in applications). Download it here.
ZipCar
Rent cars on the go and, amazingly, open their doors and honk their horns, all with the iPhone. Look here.
Louvre
As a young man, I went Paris three times, but avoided the Louvre on each visit. I thought of it as a tourist trap, and one that would always be there. I could go to Paris when I’m 70 and see the Mona Lisa, but if I wanted to slum around Paris with a bottle of rouge in my hand, it had to be done before adulthood set in.
Once I even went to the front steps of the museum, but in a fit of restlessness, I left without seeing any art.
Now of course I regret this, especially since I was so close.
When I get back there, though, I’ll be prepared. With the Louvre’s ingenious iPhone app, I’ve read backgrounds of most of the art and scoped out the palace. All while waiting for the subway.
This, like the CBC and NFB apps, is bringing new relevance old institutions, and growing its audience in the process.
Download it here [iTunes link].
Foursquare
Anyone following my column must be sick of me writing about this application. So I’m not going to write any more here. See my original droolings over this app here.
The Finder apps
These Toronto-made applications (by Majestic Media) are one step ahead of the banks – making GPS-assisted apps that help you find your nearest branch or ATM. I’ve yet to check its usefulness outside Toronto, but if it allows me to avoid ATM fees just once, it’d be worth the download. (There’s also one for Tim Horton’s, though I prefer Coffee Time.) TD Bank Finder is available in the iTunes App Store here and the Scotia Bank Finder is here.
iReddit
Reddit, a user-sourced link aggregator that dabbles in social media, is like a cult. Its users are fanatical, and form a weird brother/sisterhood based on sharing links, silly questions and photos. It’s got its own culture. And since February of 2009, it’s own iPhone app. iReddit is almost as addictive as the site. Here’s the iTunes link.
NOW’s Restaurant guide
Yeah, so, this one starts with a blockbuster of a disclosure: I had a huge hand in making this app, being NOW’s website editor, so I’m hugely biased. So biased that I almost feel silly put this one in. Almost.
The cold hard truth is that I use this application all the time.
Of course I’ve tried Urban Spoon, Yelp, AroundMe, LocalPicks and most other restaurant finding applications, but none is as satisfying as finding the restaurant near me (with maps, phone numbers, site links, and all the standard stuff) and reading a review from a local perspective. It’s guided me to many new restuarants over the past few months and is, according to me, a must-have for anyone in Toronto. Download it here.[rssbreak]