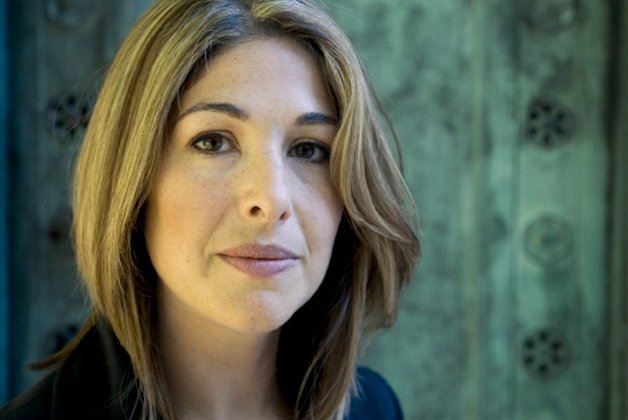 Breaking down the shell game behind U.S. politics is activist journalist Naomi Klein’s specialty. In her latest book, No Is Not Enough: Resisting The New Shock Politics And Winning The World We Need, Klein warns, six months into Donald Trump’s dizzying presidency, not to take our eyes off the kleptocracy-in-the-making behind the reality freak show in Washington. Namely, the corporate CEOs, billionaires and bankers busily using the cover of endless crises in American politics to launch a coup of their own against the welfare state.

No Is Not Enough offers up a disaster preparedness manual of sorts for the American Left, as well as a road map for resisting and reclaiming populist ground lost to the Trump forces. So what’s in it for Canadians?

Here are the highlights from a wide-ranging interview with Klein, who spoke with NOW from Toronto recently after a book tour of the UK.

Trump has always understood the power of distraction. This has been the story of his business career. Part of the reason he will not log off Twitter is because he understands having everybody gasping at his outrageousness is better than having close attention paid to what he’s actually doing in office, which is a complete betrayal of what he promised to do on many different fronts, particularly economics. There is scarce attention [being paid] to the economic agenda being advanced by Trump’s Goldman Sachs-intensive economic team. None of it can compete with the Trump show. The media won’t take their eyes off this reality television narrative of impeachment, who’s going to be voted off the island, who’s going to end up indicted. It’s media catnip.

This is different from the shock doctrine I’ve written about – it’s the daily schlock distraction show.

There are many reasons why it might be in the Trump administration’s interests to launch a full-fledged war. One would be to get the price of oil back up. [That’s] something we know [Secretary of State] Rex Tillerson would be interested in, considering his ties to ExxonMobil and the fact that ExxonMobil’s profits have been way down since they invested so heavily in expensive oil in the Alberta tar sands. This is something they [Trump administration] share with Putin. [Russia’s] major export is oil and gas [and] they’ve been in a budget crisis since the price of oil collapsed, with huge implications for the economy.

Many wars are fought in order to safeguard access to fossil fuels. The price of oil needs to be at a certain rate in order for extreme energy – meaning tar sands, Arctic drilling – to make economic sense. From a climate perspective it’s absolutely catastrophic for us to be opening up these new fossil fuel reserves so preventing the wars that will send the price of oil up is absolutely in keeping with the climate interest.

On why impeaching Trump won’t stop disaster capitalism’s corporate coup in the U.S.

We [would] end up with the same agenda but with somebody significantly more boring, like Mike Pence. Pence terrifies me.

Part of the reason I decided to write the book is I know his track record in the aftermath of Hurricane Katrina when he was chair of the Republican Study Committee, the organization that provided the map for how to turn New Orleans into this laboratory for extreme so-called free market economics: privatizing the school system, shutting down public housing, creating a tax-free private enterprise zone, redacting labour protections. I consider him to be one of the most dangerous lawmakers. Ultimately, there needs to be a very different political project that replaces them.

On what Canadians can do

The main thing that we can do is hold our government to a higher standard. The danger of a figure like Trump is everybody looks good in comparison to him. If we’re serious about averting catastrophic climate change in the Trump era, that means we all have to do more. If we are disgusted by Trump’s racism, that means we can’t be satisfied with tweets saying refugees are welcome here. We need the kind of substantive opposition that would actually open our borders to people whose lives are becoming less safe under Trump and who are being denied entry under Trump. Tangibly, that means repealing the Canada-U.S. Safe Third Country agreement, as one example.

It’s one thing [for Trudeau] to say we can’t pick a fight with our major trading partner. But this major increase in weapons spending that [Canada has announced] is a direct response to Trump going to NATO and saying “we need you to pull your weight,” which is code for “buy more American weapons.”

With Trump, people know what they’re getting, they understand that they have a president that’s gone absolutely rogue on climate. The danger of Trudeau and [Alberta NDP Premier Rachel] Notley is they’re so good at saying the right things and introducing some genuinely good climate policies that it is masking the fact that they’re overseeing massive expansion in tar sands production, which is catastrophic for the planet and a complete betrayal of Canada’s commitments under the Paris accord. So it lulls people into complacency.

It’s clear powerful people in the NDP were very frightened by the idea of being in conflict with the Notley government so they wanted the Leap to go away, but the issues that we represented are not going anywhere. Now that Alberta isn’t the only NDP government and BC doesn’t want pipelines… we’ll see what the next chapter holds.

Having interviewed Jeremy Corbyn in the UK (see video below), I just think all politicians [in Canada] are a lot more concerned with media portrayals. What we’re seeing from the Corbyn and Sanders camps is an unwillingness to allow the corporate press to set the terms for the debate on a lot of issues. At the national electoral level [in Canada] there’s all of this concern about [whether media] smears so damaged [the Leap] that we can’t touch it, whereas at the local level and internationally we’re seeing more interest than ever. People think that if it’s attacked this much there must be something good there. In Thunder Bay, there’re plans to run a slate of [Leap] candidates to take over city council.

On whether she’s killed her inner Trump

[Laughs] No, I haven’t. But I am quite serious that there is this way that he is just this hyper-exaggeration of the most insidious parts of the culture right now. The fact that such an extraordinarily base figure can rise to such an exalted position should serve as a wake-up call on so many fronts. There’s a need for a really deep cultural shift at this moment and I’m in the culture like everybody else. But I’m about to go offline for as much of the summer as possible. Ask me again in couple months.