Is becoming an erotica writer feasible? 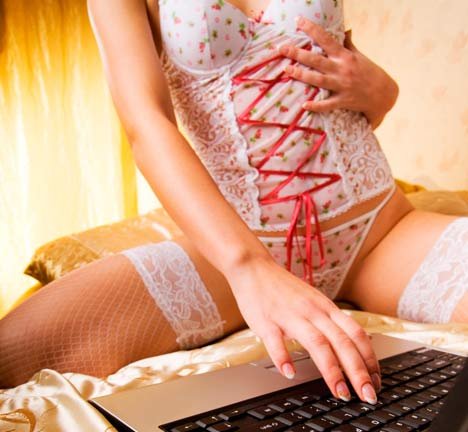 I mentioned in my last column that I was in Europe for a month, spending one week in England, then Holland for another three.

Admittedly it was a bit of an impetuous decision – I’d had an absolutely bonkers summer and fall and I thought, “I have got to get the hell out of Toronto before I just perde ma shit entirely.” So I threw some clothes in a suitcase, grabbed a handful of Ativans and jumped on a plane.

I’d actually never been to the homeland, and I’ve always felt somewhat negligent that as a sex columnist, I had never paid a visit to Amsterdam, a city known internationally as a modern-day Sodom and Gomorrah.

I stayed with my cousin, your average Dutch left-wing radical who also happens to live in one of the city’s most famous ex-squats. This place was truly amazing, a veritable museum highlighting 20 years of anarchic political activism. I loved that she had riot gear on a shelf above her bed – the possibility of immediate action is so damn sexy – and I spent a lot of time admiring the hallway adorned with stolen Mercedes Benz hood ornaments (a great testament to old-school fuck-the-rich hooliganism), as well as the many years of posters for radical actions throughout the space.

But, as for Amsterdam’s famous red-light district? Yeah, not so much.

In a city famous for its sex trade, the trade itself often seems little more than a condescending comment on the sexual appetites of foreigners. What “foreigner” seems to denote, in this particular case, is some uncouth, marauding North American.

There is often a weary maliciousness to our attempts to ape what we imagine other cultures crave sexually, and this definitely comes across in Amsterdam’s red-light district.

The girls stand in black-lit windows wearing neon lingerie, glowering at potential clients, yacking into bejewelled cellphones and dancing around lethargically to music piped in from little ghetto blasters. The tourists, knowing they are being ridiculed, act accordingly. It’s an odd, antagonistic exchange.

No doubt it takes a thick skin to pose in a window at street level all day in an ill-fitting fluorescent bikini, but I for one was not tempted to part with my money even for solidarity’s sake.

It was as if they’d gone to the contents sale of Plato’s Retreat, purchased everything in sight and crammed it higgledy-piggledy into a bunch of glass showcases.

A live sex show was beyond my budget, but I really couldn’t imagine it would have lifted my spirits anyway.

What I realized is that by legalizing the sex trade, thereby having the state establish many basic parameters, you don’t necessarily risk turning a city into an unrestrained den of iniquity. You simply make it mundane, without variety or distinctive appeal.

The red-light district was dull. Dull as maple syrup in a bottle shaped like a maple leaf, dull as a Canada, Eh! T-shirt, dull as anything geared toward the presumed taste of tourists that doesn’t really represent a city’s true nature.

I’m a full-time MA student cut off from loans and bursaries. I do work, but I’ve gone through my nest egg, and it’s no longer enough to cover expenses. If I take on another job, I can’t do school full-time.

I’ve been an escort in the past but I’m trying to stay clean, if you know what I mean. It’s been hard to shut that thought out, though – I’ve already started building a blog. It’s not accessible to the public, but receiving the next bill could make the glass overflow.

As I’ve been writing my blog entries, I’ve been surprised at how good the writing actually is. It’s basically a courtesan’s journal – numerous short entries where fantasies of mine are described. The thought popped into my mind: maybe I could sell this as erotica. My question: is becoming an erotica writer something even feasible?

Ever since the oldest profession began, those involved on the front lines have been chronicling their experiences to boost intrigue and profit. The Internet has obviously facilitated this immensely, and people have certainly made good money writing online courtesan journals, as evidenced by the wildly successful Belle de Jour blog (belledejour-uk.blogspot.com).

Belle’s blog was parlayed into a book, Belle De Jour: The Intimate Adventures Of A London Call Girl, and a television series, Secret Diary Of A Call Girl. For over five years, the author of this work remained anonymous, only recently revealing herself as Brooke Magnanti, a woman who funded her education as a research scientist through sex work and the aforementioned satellite endeavours.

But, says Audacia Ray, who runs the site walkingvixen.com, “Especially in the age of rampant sex blogs, it’s not really possible to make a living as an erotica writer unless you luck into getting some private clients who want custom stories. Most of the places where you can get erotica published (both print and Web) take their sweet time paying you – and the pay isn’t spectacular, if there’s remuneration at all.”

Ray recommends erotica-readers.com as “the best source for submissions of erotica. I also highly recommend following the work of Rachel Kramer Bussel. She often announced calls for anthologies on her blog, lustylady.blogspot.com.”

If you do want to go strictly the blog route, Benjamin Nicholas has some advice. He’s a high-class escort who started his blog, 15 Minutes More (benjaminnicholas.com/blogger.html), “as a way to get my name out there.”

“In 2003, very few escorts gay or straight had taken to blogs to describe the life and industry. I knew that with a little polish and a lot of gossip, I would create waves and gain a readership. I felt that I could eventually target that audience with advertisers who would pay to have space on the page, not only taking care of my increasing bandwidth costs, but also leaving a little something more in return.”

“Within the first month I had 50,000 unique hits. I got picked up by the OutInAmerica network of websites for a weekly column. Other bloggers and gossip sites name-checked me, and that boosted traffic even more. Within six months, I was pulling in a solid 30,000 hits a week. Advertisers were emailing on a daily basis.”

The only thing that went wrong, says Nicholas, is that he actually enjoyed writing his blog.

“Loved it, actually, so much so that I didn’t want to clutter my site up with craptastic ad space. I opted instead for paid endorsements of products that might interest my readers – clothing, resorts, travel and other things that I got positive and negative feedback about.”

“In return for lip service, I charged. While I wouldn’t put products up on my blog that I didn’t believe in, I am getting paid to say nicey-nice things about them. For now, it’s a good compromise that allows me to make a nice amount from 15 Minutes More while still earning major money travelling around the world to see my clients.”