How can I avoid getting renovicted? 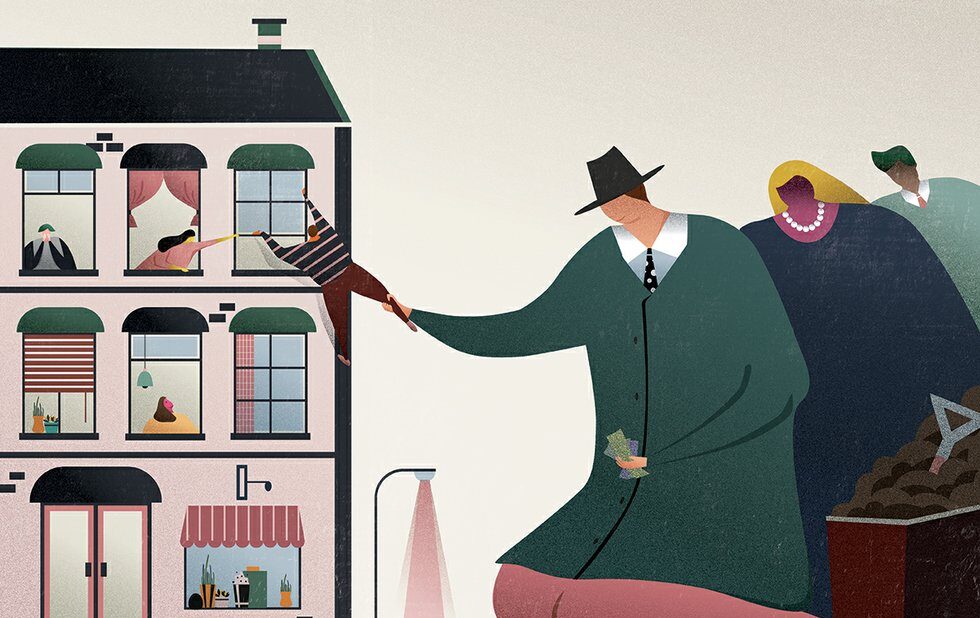 Q: “My apartment building was bought by new management and they have hinted that in the future we may be asked to move for renovations. I’ve heard about a lot of people in Toronto getting “renovicted” – not being able to get their apartment back after the renovations are complete – but I don’t understand how this is possible when there’s a law to prevent this from happening. I’ve read that sometimes landlords might just break this law because it’s easier to pay a fine and not hard to recoup the loss with increased rent on a new tenant. Is this true and how do I prevent it from happening?”

A: It’s true that throughout the city there’s been a sharp rise in renovictions, an illegal tactic landlords use to kick out tenants to jack up the rents.

“Since 2017, we’ve seen a radical change where the number of renovictions and landlord’s personal-use evictions have soared,” says Geordie Dent, executive director of the Federation of Metro Tenants’ Associations. “Right off the bat, we tell tenants: Don’t believe what the landlord says. Believe what the law says. Because right now, there’s a very good chance it’s fraudulent.”

Landlords are allowed to end tenancy if major renovations are required to your unit, but they need to be so extensive they require a building permit issued by the city. You can find out if a permit has been issued on the city of Toronto’s website. Your landlord also needs to give you at least 120 days notice before the date you’re supposed to move out and if your building has five units or more, you’re entitled to three months rent compensation. You also have the “right of first refusal,” which means you have the right to move back into the unit once the work is done.

If your landlord says you have to move out due to renovations, they need to give you a N13, the official form for “terminating a residential tenancy due to demolition, conversion, substantial repairs and renovations.” However, eviction notices like the N13 – or N12, which is for a landlord’s personal-use eviction – are not the same as an eviction order.

“An eviction notice is like a letter asking you to move,” says Dent. “A lot of tenants get this sheet of paper that says ‘please move out by this date’ and they think it’s a legal order. You can choose to move, but you don’t have to if you think your landlord is lying.”

In Ontario, the only way to legally evict a tenant is through a hearing at the Landlord and Tenant Board, which is like the Judge Judy of tenancy law. If after receiving the N13 you decide you want to challenge it, your next step is an LTB hearing, in which an adjudicator listens to both sides, considers the evidence and then makes a determination. (Tenants don’t need their own legal representation, but Dent recommends it if the landlord has their own.)

If the adjudicator sides with the landlord or you decide to move out without going through the LTB process, you have the right to move back into your unit once the renovation is completed. The landlord cannot hike up your rent – generally they can only raise it according to the percentage mandated by the province’s rent increase guideline. For example, if the renos take a year, the landlord could raise it 2.2 per cent, the rent increase guideline for 2020.

Unfortunately, the current system makes it difficult for tenants to actually get their apartments back. In Toronto, it’s becoming increasingly common for landlords to evict tenants and then re-list the same unit online a couple of months later, with a few cosmetic changes or no renos completed at all. “This is a big problem that tenants see,” says Dent. “There is almost no regulation over how the right of first refusal is returned.”

Although a landlord who denies someone the right of first refusal could be fined up to $100,000 per count if convicted, very rarely do landlords get charged.

It gets more complicated if new renters move into your former unit, since those tenants are then also protected by law.

The city of Toronto recently formed the Subcommittee on the Protection for Affordable Rental Housing to look into how to prevent the rise in no-fault evictions. According to a November 2019 report from the Advocacy Centre for Tenants Ontario, over the past four years in Toronto there’s been a 294 per cent increase in N13 applications and an 84 per cent rise in N12 applications.

Dent says since landlords need a building permit to evict a tenant for renovations, the city could use that as a leverage tool. “For example, if the city finds out that the permit has been used fraudulently – the work was never done or the tenant never got a right of first refusal – the landlord shouldn’t get [another] permit going forward.”

Challenging an eviction notice is a lengthy process that requires a lot of manoeuvring through a complicated system. And for a lot of tenants, the stress of a potential eviction is reason enough to start looking for a new place. In that case, tenants can work out an agreement with the landlord, like receiving extra compensation or moving into another available unit.