Falling in love with a prostitute and safe sex toys 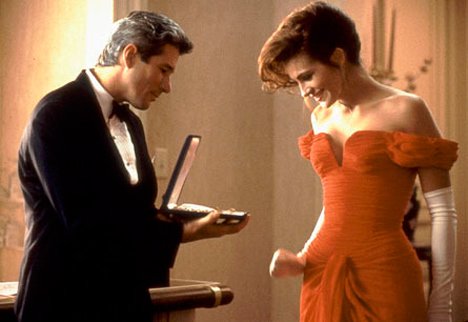 I think I’m in love with an escort.

Yes, I am prone to blind, romantic flights of fancy, but she isn’t the first escort I’ve seen, and I didn’t feel like this the other times. I am depressed and heartbroken, wrestling with the fact that I met such an incredible person under such impossible circumstances.

Is there any hope of getting a “normal” date with an escort?

Frank, you are prone to flights of romantic fancy and it appears you’ve just taken off on one after an exchange with someone who, like an actor, is paid to be a professional liar. Is it possible that this escort offered such an outstanding service that you’ve fallen prey to one of your quixotic spells again?

Escorts would probably think twice about getting involved with someone like that, recognizing that this person would deal poorly with an escort’s career, going into a fit of pique and pouting for hours when the love object goes off to work.

So the real question is: would there be hope for an escort to have a “normal” date with you?

A young woman and I liked each other a lot right from the moment we met. Here is the issue: she is a bright university student but she is also an escort with a very elite service. Our friendship has developed to a point where she and I have strong feelings for each other. She says she is able to separate the love that is developing between us from the sex at her service. I’m not so sure.

Is that possible? And what about my feelings? Am I “wrong” to feel that love is going to be difficult for us so long as she is an escort? Our time together is wonderful but not when she is “working”. Thanks for listening. Please help me on this one.

What’s going on this week? I guess everyone got sick of me not writing about prostitution for five seconds.

As sex worker activist Shauna says, “The world is faced with questions about sex workers that makes them face their biggest fears around intimacy, love and authenticity. Going to bed beside these questions every night could be very difficult, but I don’t think they are limited to people dating sex workers. They are questions that people in all sorts of relationships ask themselves.”

Shauna continues, “The fact that PJ does not recognize sex work as work, but rather sees it as part of his partner’s sexuality is a good entry point for reflection. The problems he may have are nuanced and would be related to concepts that people in open relationships have but differ dramatically issues around multiple partners, for one, is something they need to think about and protection and jealousy.”

Sometimes issues around sex work get intermingled up with “regular” relationship issues (odd hours, non monogamy) but some issues are specific to sex work (wondering if a partner is developing feelings towards their clients, trying to understand intimacy and what does it mean to the worker, how could she “fake it” and still have integrity).

Considering all this, it is pretty amazing that this woman came out and told you directly about her work. As Shauna says, “So many women keep it a secret for fear of their partner’s response.”

Sex workers have long recognized the need for support groups for people who date them to share their issues. You may want to consider starting an online forum yourself.

“If he is dedicated to being with the escort, then a support group would be very useful,” says Shauna, “but he needs to make sure its not a bitching group and one that sits around wingeing about the problems with sex work. Smart and clean facilitation would be the key.”

Considering all this, it is pretty amazing that this woman came out and told you directly about her work. As Shauna says, “So many women keep it a secret for fear of their partner’s response.”

Last December, Liberal MP Carolyn Bennett wrote a letter to federal Minister of Health Leona Aglukkaq, expressing concern “for the urgent need for responsibility in the adult toy industry.” Have a look at the letter here [PDF].

The whole thing got started when Bennett paid a visit to Red Tent Sisters, a local independent sex toy store.

“We talked a little bit about sex toys and she was shocked to find out they weren’t regulated,” says co-owner Kim Sedgwick, who was happy to apprise Bennett of this fact because, “I just want there to be a dialogue around it.”

Red Tent Sisters takes a special interest in disseminating information about the chemicals in cheaper sex toys and their potential health risks, offering people the chance to give informed consent.

“There isn’t going to be research done unless people talk about it,” says Sedgwick. “We seem to take this ‘Let’s assume everything’s safe until we find out otherwise’ attitude. With women’s health issues, it’s always way after the fact that we research it.”

Come As You Are, a local co-operatively run sex store, was pleased to see an MP talking about sexuality and sex toys in a way that “wasn’t questioning an individual’s right to use them.” But co-owner Cory Silverberg says there are some flaws in the way the issue is being framed.

You can read a joint statement and a letter addressed to Carolyn Bennett from the co-op here.

I spoke to Silverberg further on the topic. Here’s the Q&A that came out of it:

If they can ban toxic materials in baby toys, that suggests to me that they’ve come up with a less toxic, presumably equally economical materials to use in sex toys. Is this the case?

Good question. There might be lots of materials they could make sex toys out of that would be safer for our bodies and the environment. Unfortunately that kind of innovation is slow to come to sex. One possible positive outcome of a challenge like this is that it would kick manufacturers in the butt, and they’d start thinking more about safety and less about the quick sale.

Aren’t toys made of silicone becoming more affordable as the demand for them goes up?

Not really. All our 100-per-cent silicone toys are still hand poured and made by relatively small manufacturers. So they cost more to make.Plus, these small manufacturers don’t rely on minimum-wage labour – they tend to pay well, offer health plans, etc. Our prices have gone down a bit, but that’s due in part to having Happy Valley, a local manufacturer, and to the strength of the Canadian dollar.

Can you suggest other sex toy materials already on the market that are good and cheap and not so toxic?

We don’t have research on anything and these chemicals are ubiquitous in other consumer products. So we still take the position that we don’t know what will actually harm you in sex toys.

That said, there’s no research at all to suggest that silicone, wood, metal, glass toys or hard plastic toys that don’t have BPA [bisphenol A] in them have any negative health effects.

We feel torn in this situation because we would love good research on this, and in Canada that often means getting the government involved. But at the same time we’re wary of government regulation around sexuality, since they haven’t exactly had the best track record in the past.

Wasn’t there some research done in the early 2000s that suggests the chemicals used in certain sex toys are dangerous and have caused damage? Endocrine disruption, for example?

Yes. There is research showing that phthalates and BPA are a problem for the human body and for the environment. The problem is that we don’t know if they are a problem in sex toys since whenever anyone does research on consumer products they pick examples from every category (cosmetics, small appliances, clothing, medical supplies) but they never include sex toys. That’s what I think we need to correct. Sex toys should be treated like any other consumer product, no more and no less regulation.

I know that phthalates are a concern around fucking with hormones and infant development. And BPA in incredibly high concentrations has been found to cause sexual dysfunction. But that was with men who were literally soaking in the stuff because they were factory workers in China. When it’s in a sex toy, does it cause any harm? Who knows?[rssbreak]