NOW MagazineLifeShop for the cause

Shop for the cause 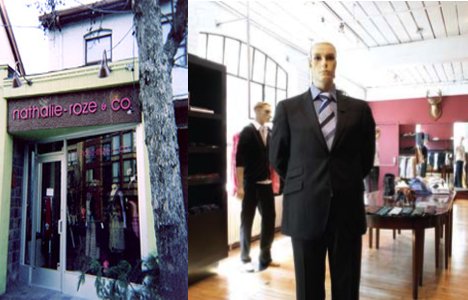 Shop for the Cause 2: Emergency Fundraiser for Haiti January 23, 11 am to 5 pm at Queen Street East Presbyterian Church (947 Queen East). Nathalie-roze.com.

Nathalie-Roze Fischer doesn’t like to sit on the sidelines when disaster strikes. In 2005, after the Indian Ocean tsunami struck south east Asia, she mobilized her network of designers, crafters and shop keeping colleagues to raise $16,000.

Now she’s out to raise $10,000 for the Red Cross’s Emergency Relief Fund for Haiti.

“It’s extra sad for me as it’s my father’s homeland and we have family there now,” says Fischer. “The sale is literally coming together on the fly.”

Her Shop for the Cause event happens this Saturday at Queen Street East Presbyterian Church, just down the street from her Leslieville boutique. Designers are donating merch and her neighbours are giving restaurant and store gift certificates. The community has been invited to drop off gently used clothing, craft supplies and housewares for a jumble sale. A Dufflet bake sale will feed philanthropically minded shoppers.

Over at GotStyle on King West, Melissa Austria and her staff have been circulating the Salvation Army’s text message donation number to shoppers or directing them to the Red Cross website. They’re also collecting food, medicine and other essentials for Edeyo, a New York-based charity focused on improving Haiti’s education system.

And Toronto publicist Natasha Koifman, who launched writer/director Paul Haggis’ Haiti-focused charity Artists for Peace & Justice in Toronto during 2009’s film festival, is directing her network of contacts to make a donation on the organization’s website.

“One hundred percent of proceeds go directly to Father Rick Frechette’s relief efforts on the ground,” says Koifman. “He and the team are in Haiti now providing medical supplies, tents and beds to the wounded and purchasing emergency vehicles to deliver food and water to people in need.” [rssbreak]