The smell of a steak sizzling on the barbie may be a stomach turner for vegetarians, but for the rest of us few other aromas are as mouth-watering. Too bad there’s so much danger in the crusty dark fat and grill marks. Scary but true: it’s well documented that meat and fish cooked at high temperatures contain compounds linked to cancer.There seem to be two main classes of these summer killjoys: the polycyclic aromatic hydrocarbons (PAHs) and the heterocyclic amines (HCAs). PAHs are particles produced by the burning of anything organic (including tofu, toast and veggies, by the way) and are potential carcinogens. They have also been linked to eye, kidney and liver damage. In the case of barbecued meat, they’re made mostly when fat drips onto the coals and burns. PAHs in the resulting smoke get redeposited on the burger or steak.

HCAs are more toxic than PAHs, and appear when muscle meats (including fish and chicken) are cooked at high temperatures — that means 175 Celsius (350 Fahrenheit) or higher. Even if your meat isn’t browned, if it’s well done, chances are you’re getting a significant dose of HCAs.

What’s a conscientious cook to do? Alter your cooking methods: stew meat or roast it at lower temperatures. Aim for medium done. Fry veggies with liquid so they don’t scorch. Keep your grill and oven clean to decrease the PAHs emitted by burning gunk. Marinate your cuts overnight in teriyaki sauce, turmeric-garlic marinade or something oily and sweet. But avoid standard tomato-based BBQ sauce for unexplained reasons, using it shoots the HCA levels way up.

If you’re cooking ground meat, try replacing about 10 per cent of the meat with ground tart cherries, dark plums or grapes. The antioxidants in the fruit prevent HCAs from forming and make burgers taste better. Mixing 40 milligrams of vitamin E into each pound of hamburger may be almost as effective. If you’re into microwaving, zap your meat for about a minute and a half before cooking, and discard the juice — it contains HCA precursors, and getting rid of it will lower your total count.

what the experts say

“By themselves, these compounds are fairly innocuous. But when they get into the liver they’re metabolized into compounds that are carcinogenic. Some people may have a better ability to detoxify them, and some people are more able to activate them. It’s really more of a concern for somebody who eats a lot of well-done meat. For somebody who occasionally eats a little bit of charred meat, there won’t be a problem.’ELIZABETH SYNDERWINE, PhD, chief of the National Cancer Institute’s chemical carcinogenesis section, Bethesda, Maryland

“There’s really nothing to suggest that the small amounts of these chemicals that people get are safe. If you get 1/1000 of the dose (used in an animal experiment), the chemical still binds to the DNA at 1/1000 of the level. Marinating meat seems to lower the amount of HCAs — it seems to protect the surface of meat from reactions. We don’t know how. If you flip the meat every minute during frying, that also seems to reduce the amount of HCAs. I don’t eat well-done meats any more.”

“We found HCAs in human milk. The major source is cooked muscle meats. In our initial study, we looked at a dozen samples. Out of those, one was a vegetarian and we didn’t find the compound (in that milk). In a current study, we’re looking at a wider sample and trying to get more vegetarians. It is difficult to assess the risk, but there are quite a few reports that there is a correlation between consumption of very well-done meat and colon and breast cancers.”

“If you’re worried about meat, you should also be worried about what’s missing in your diet. For cancer prevention, put more vegetables and fruits on the plate. We now know that the grain group has antioxidants as well — you still need to have the corn on the cob or the rice salad or pita pocket. Basically, the plate of the new millennium is about 2/3 complex carbohydrates and 1/3 protein. If you eat lots of meat along with lots of alcohol, you’re more at risk.” 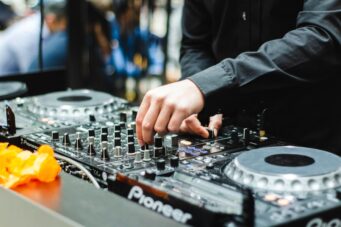