NOW MagazineLifeTake the money and hum

Take the money and hum 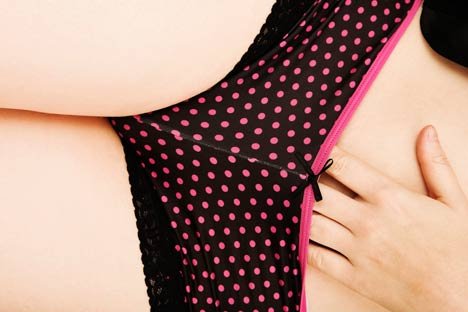 I was very disappointed in the toy. It was a distraction during good old-fashioned copulation. The toy kept moving around inside me, shifting to the side and coming out when the penis was withdrawn during the “in and out.” It was impossible to keep the clitoral pad on the clitoris. Not only did I not achieve orgasm, but the appliance was very frustrating. I tried to use it for single play, but it’s not very powerful and, again, impossible to keep in the position necessary to achieve clitoral orgasm.

It didn’t do a thing for me except annoy me. I immediately contacted the manufacturer as well as the retailer and was told, of course, that all sales were final. If you know anyone who wants one really cheap, give them my email.

Your first mistake, CM, is that you were copulating with the We-Vibe, when it clearly states in all the promotional material that the toy is to be worn while making love.

Trust me, if I started a consignment business selling the not-so-gently used sex toys of disgruntled consumers, more than a few items touted as the next big thing would be gathering dust on my shelves.

Unfortunately, it’s the risk we take as consumers in an industry that can, without serious repercussion, make claims about gilding some apparently universal lily when the simple fact is that everyone’s lily is different. For some people this toy is a wonder for others a shattering disappointment.

It’s frustrating that you need to take so much responsibility when plunking down your hard-earned bucks, but sex toy manufacturers aren’t alone in promising their products will take you on a trip to the moon and back. They’re constantly trying to reinvent the wheel, sometimes by creating products that serve various functions at once. As you might know from multi-tasking, this often just leaves everything attended to in a somewhat negligent fashion.

One of my favourite quotes about the reality of sex toys versus how they’re marketed comes from The Good Vibrations Guide To Sex ($34.95, Cleis), by Cathy Winks.

“Even if Ben Wa Balls were really decent sex toys,” Winks writes, “they’d have a hard time living up to their hype.”

It’s kind of like the “But Wait!” enticement presented in infomercials. You get caught up in the idea of something that slices those pesky eggs, and then you get it and realize it’s just taking up counter space you could use to slice those eggs yourself.

On some sex shop websites (comeasyouare.com, goodforher.com and venusenvy.ca, for example) you can post an uncensored rating of your experience with a toy. I suggest you post your comments where you can, and purchase sex toys in person with a clearer understanding of what you like and need.

Certainly, glamour is a major consideration in my column (Hello, did you notice my photo? David Hawe didn’t just pull out the airbrush. He pulled out the airbroom), but it’s nuts-and-bolts questions like yours that really keep this operation alive.

I’m going to mention something that you may want to run by your doctor: some women are allergic to ejaculate. If that possibility has already been ruled out, give a whirl to lubricants like Slippery Stuff, Monsieur Capotain’s and Hathor. Many sex shops offer lubricant samples, and so try this route before you decide on one, because as I said above, everyone’s lily is different.

Sometimes my vag gets a chalky, sour taste. There’s no “off” odour or fishy smell, and I’ve had regular gyno checkups. I’m wondering what might be causing it and how to make it stop. I know that what you eat is supposed to make your come taste better, but I’m a healthy eater – lots of fruit and vegetables. Can you help me, please?

Fluids lubricating the vagina come from different sources. When the vagina becomes engorged, its walls secrete plasma. Bartholin’s glands, located just up from the vaginal opening, secrete mucus, as do the cervical glands. The consistency of this fluid varies throughout your cycle, and it’s perfectly normal for it to become chalky and acidic at certain times of the month.

Amy Sedgwick, who conducts workshops in the Justisse Method of fertility awareness, describes this time as your “non-fertile period.” The discharge is thick and acidic so that it impedes sperm trying to get through – it’s kind of like they’re driving in a blizzard. This discharge also contains cells sloughed from your vaginal walls, along with sweat. When you are fertile, the mucus is more alkaline and stretchy.

It’s good that you’ve made a gyno appointment, though, because, as Sedgwick says, factors like going off the pill can cause cervical irritation that changes your discharge. Talk to your doctor about any meds you may be on or coming off.

If you’re interested in learning more about the variations of vaginal mucus, I suggest studying the Justisse Method. Workshops and books are offered through Red Tent Sisters.[rssbreak]