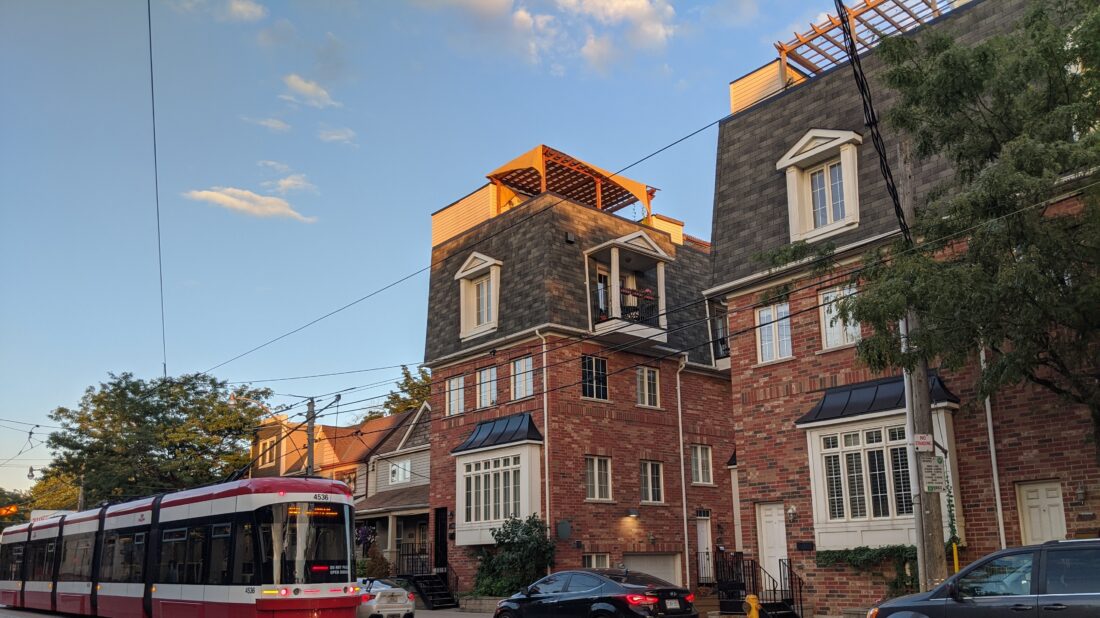 Toronto real estate prices are headed for a cliff. The condo market will drag it further down according to the Canada Mortgage and Housing Corporation (CMHC).

“Anticipated increases in the supply of condominium apartments will lead to softening prices next year,” says the CMHC in an email to NOW.

Toronto home prices hit an all time high in June. But the CMHC has been warning that those prices will begin plunging in the fall. Unemployment and low immigration due to the COVID-19 pandemic are two main factors.

According to the CMHC, the lack of demand for oil on a global scale is another factor. Restricted mobility during the pandemic is leading to falling oil prices. That will further exacerbate the impact on oil-producing provinces and Canada’s economy. Extended mortgage deferral deadlines, lower mortgage rates and government stimulus packages are all meant to soften the blow.

According to the Canadian Bankers Association (CBA), more than 760,000 Canadians have opted to defer their mortgages or skip payments. That’s about 16 per cent among those with mortgages in bank portfolios.

There will be an increase in Toronto real estate supply from homeowners who can no longer defer mortgages. That supply will couple with inventory from the condo market fuelled partly by short-term rental restrictions during the pandemic.

“More units could also sit on the market longer as more buyers wait on the sidelines,” the CMHC says. They attribute that decline in demand to job losses and general financial uncertainty.

“A significant number of condominium units under construction (54,000 units currently) will make its way to the resale pool and will further increase supply.”

The Toronto Regional Real Estate Board (TRREB) is reporting how hard the condominium rental market got hit in the year’s second quarter. According to TREBB, GTA realtors reported 7320 apartment rentals in Q2, which is down 24.8 per cent from the same time last year. Meanwhile, the number of rental listings were up by 42 per cent from last year.

“There are two key take-aways from the Q2 2020 rental market statistics,” says TRREB president Lisa Patel in a statement. “First, COVID-19 clearly impacted the demand for rental condominium apartments, due to restrictions on showing units and job losses across many sectors of the economy. Second, we saw the continuation of the pattern experienced over the past year, with year-over-year growth in rental listings far outstripping growth in rental transactions.”

Home owners can no longer use Home Equity Line Of Credits as down payments on investment properties. WE Realty broker Odeen Eccleston tells NOW that the new CMHC rule will reduce the pool of potential buyers.

Re/Max Hallmark Realty broker Meray Mansour adds that declines in condo demand will be felt more outside of the central core. She says highly saturated areas like Yonge and Eglinton are also vulnerable. Mansour adds that COVID-19 is forcing people to spend a bulk of their time indoors while trying to keep social distance, so elevators and a lack of outdoor space has made condos less appealing.

TRREB has also reported that city council has approved a plan to create more housing opportunities in Toronto. TRREB is specifically pursuing options that fall between detached and semi-detached homes and condos.

Odeen Eccleston has observed an exodus from the city inspired by COVID-19. People who are working from home are now swapping out their expensive Toronto real estate for cottage country.

“They can get so much more for so much less in a lot of these cottage countries,” says Eccleston.

But for now, Eccleston and Mansour say the heat is still on in the Greater Toronto real estate market.

“I’ve even sold a few condos with multiple offers in the Beaches and surrounding areas,” Mansour adds. She notes that some condos remain appealing despite the trends. “In areas like the Beach and Leslieville, or places where condos are more low-rise loft or boutique style, the demand is still there. Especially condos with really large terraces.”

Both realtors are cautious of the impending downturn. However, they wonder if Toronto’s real estate market can whether it better than expected. For now, they’re telling sellers to be safe and act now before we reach that cliff.