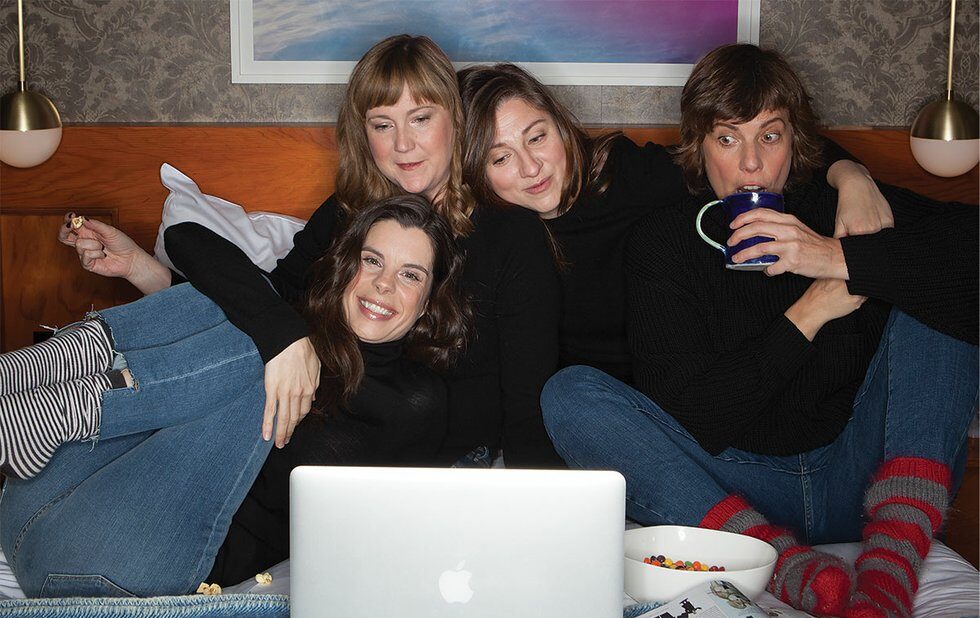 The fifth and final season of Baroness Von Sketch Show will air on CBC this fall.

Over the past five years, the comedy series starring Carolyn Taylor, Meredith MacNeill, Aurora Browne and Jennifer Whalen became a breakout hit thanks to topical skits satirizing everything from dick pics and gentrification to land acknowledgements and the way sexual assault cases are handled by police.

Social media has helped propel the show’s success online, with sketches racking up millions of views on Facebook.

The eight-episode final season was filmed in Toronto last fall. The premiere date has yet to be announced.

“After five fantastic years, we have decided that season five of Baroness Von Sketch Show will be our last,” the cast said in a joint statement. “We are so grateful to have been given the opportunity to share our deepest embarrassments, existential angst and daily observations with you, our fans.”

The series debuted on CBC in 2016 and Taylor, MacNeill, Browne and Whalen appeared on the cover of NOW Magazine in December 2017. The show airs on IFC in the United States.