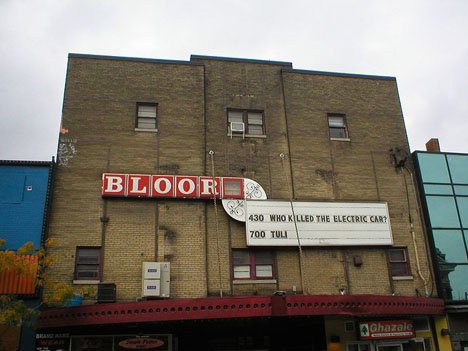 While many of the city’s historic theatres have closed its doors or were reincarnated into something else completely, The Bloor Cinema has endured, becoming the go-to spot to see anything classic or cult.

The documentary, simply called The Bloor, premiered to a full house four years ago, and later won an honourable mention at the 2006 YoungCuts Film Festival and received Best Documentary honours at the 2007 UofT Film Festival.

The Bloor can now been seen in its entirety on YouTube. Relive the numerous fires, name changes, “wild” and “crazy” sex stories and more.