You saw her steal scenes in The Rocker, The House Bunny and Zombieland. Now red-hot redhead Emma Stone riffs on the scarlet letter in her breakthrough lead. 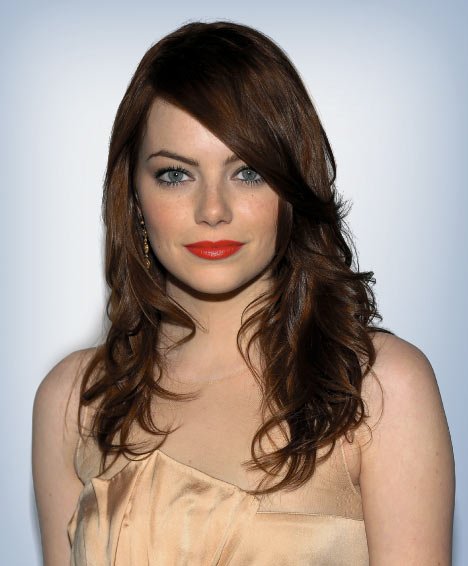 This is a very good year for Emma Stone – and she’s earned it.

The talented redhead’s spent the last few years establishing herself as an invaluable supporting player in a string of comedies. She was Jonah Hill’s dream girl in Superbad and a sardonic guitarist forced to endure Rainn Wilson’s naked drumming in The Rocker. She played one of Anna Faris’s charges in The House Bunny and held her own opposite Oscar nominees Woody Harrelson and Abigail Breslin in Zombieland.

And now, at the ripe old age of 21, Stone is coming to the Toronto Film Festival with her first leading role, in Easy A.

She plays Olive Penderghast, a high school student who finds herself living scenes from The Scarlet Letter after a white lie about losing her virginity boosts her popularity – and her infamy. But it’s not just another teen movie Stone is surrounded by TIFF veterans like Stanley Tucci, Patricia Clarkson, Thomas Haden Church and Lisa Kudrow, and director Will Gluck aims squarely for the self-aware sweet spot carved out by the movies of John Hughes in the 1980s.

As it happens, those are Stone’s favourite films, too.

“I was lucky enough to have a dad who was absolutely crazy about them,” she says from Los Angeles. “The first movie I remember seeing is The Jerk, followed very closely by Planes, Trains & Automobiles and Ferris Bueller. I’ve seen them probably hundreds of times. We used to watch them every day. I actually had the ‘fuck’ monologue from Planes, Trains & Automobiles memorized by the time I was, like, nine – to the dismay of my mother and the delight of my father.”

When the chance to play a female Ferris Bueller type in Easy A came along, Stone was understandably eager to get involved. Olive even directly references Matthew Broderick a couple of times. But the challenge of creating the character was one the actor didn’t take lightly.

“The greatest thing is that Olive is playing a part,” she says.

“It’s not like her personality changes. Even though she’s lying this whole time, and all these things are happening around her, she always comes from a place of good intentions. She has a good heart, as sarcastic and obnoxious and diarrhea-of-the-mouth as she can be.”

Olive’s character is grounded in her relation-ship with her parents, who are played with considerable glee by Stanley Tucci and Patricia Clarkson. Stone jumped at the chance to goof around with the two vets.

“It was so incredible,” she says. “Those two have been friends for such a long time that they already had a rapport and a nice relationship to play off, which was all the more beneficial. It made me understand why actors want to work with the same people multiple times. You kind of form a family and a shorthand and an understanding. I want to be able to do that as well.”

Stone credits her childhood work with an Arizona comedy troupe for giving her the skills to knock lines around with experienced actors.

“I think every kid should have access to something like that,” she says, “because it’s not only great training for acting, but for life. Learning improv skills is kind of like being on the debate team, you know? You learn life lessons.”

Next year she’ll be seen in Crazy, Stupid, Love, and she’s currently shooting The Help, based on the book by Kathryn Stockett, in Mississippi. Set in 1962 against the convulsions of America’s civil rights struggle, the film gives Stone her first dramatic role.

“There are some light moments, because real life always has some funny things happening, but, yeah, for the most part it’s a pretty serious story,” Stone says.

If the timing works out, she’ll be back at TIFF 2011 with The Help. For this year’s festival, she’s just hoping to get some time to wander around town. Back in 2007, she was here to make The Rocker but didn’t really get to experience Toronto.

“We were shooting six-day weeks,” she says. “We were on night shoots and it got all turned around. I really just went to Pusateri’s and ordered Pizza Pizza.”