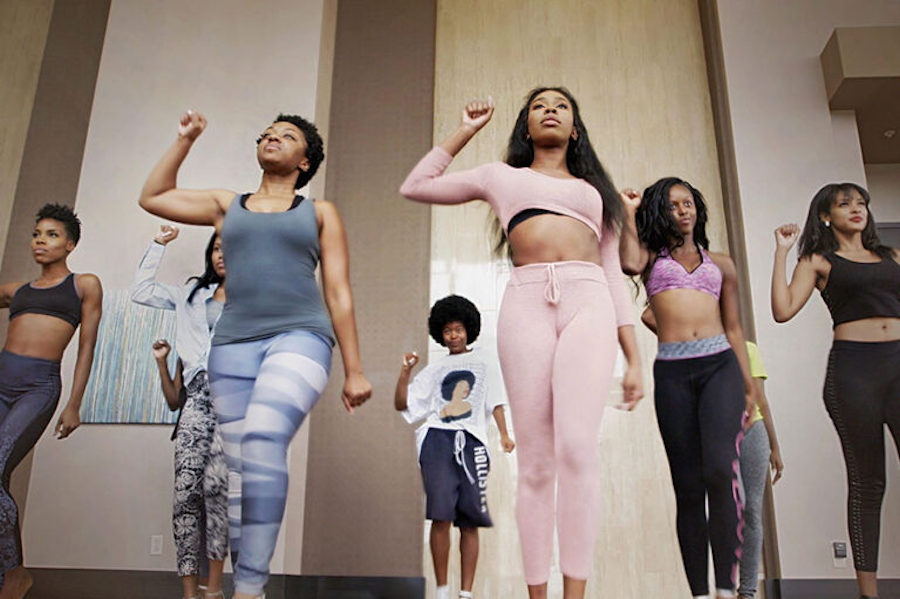 On April 22, American activist and abolitionist Mariame Kaba wrote an article for NewsOne that I’ve thought about every day since. Kaba wrote about the guilty verdict in Derek Chauvin’s trial and the fatal shooting of 16-year-old Ma’Khia Bryant, two events that will be tethered together forever in public memory.

When a Minneapolis jury found former police officer Chauvin guilty on all counts in the George Floyd murder case, the cycle of police violence couldn’t let up for even a day, as reports began to spread online that a 16-year-old was shot four times and killed by Columbus, Ohio, police after calling them in distress.

“We braced ourselves for the inevitable demonization, victim-blaming and adultification of a Black girl… We anticipated the focus on what she was doing instead of questioning why killing her, as opposed to employing a multitude of other options, including de-escalation, is being normalized as a rational response under circumstances. We watched as her family fought to have the world see Ma’Khia as worthy of life, and as people circulated videos of a beautiful sweet Black girl doing her hair in an effort to counter criminalizing and dehumanizing projections.”

Reading Kaba’s words, a pain nestled deep in my stomach began to unfurl. I realized I had been bracing myself too. She was affirming everything I knew to be true, confirming the sinking feeling I had when videos and images of Bryant began circulating that she would never be seen as “the perfect victim.”

It can be easy to brush off beauty as a frivolous or vapid endeavour, but in a society built on hegemonic hierarchies, conventional beauty is a social currency that guarantees protection – a protection Black girls and women aren’t often afforded.

I read Kaba’s piece after watching Canadian producer, screenwriter and director Jennifer Holness’s documentary Subjects Of Desire, which is playing at Hot Docs. It’s a film that connects the dots between idealized beauty, the history of slavery, stereotypical tropes like Jezebel, Mammy and Sapphire and how they’ve lead to Black women being grossly unprotected.

While the film tackles big issues, at its heart it’s a tender ode to Black women. Holness made the film for her three teenage daughters – to show them that, despite what the outside world might inflict on them, the beauty they possess can only be measured by themselves.

“They didn’t feel comfortable with their looks or they didn’t feel that they fit in and they struggled with that. Like most mothers, I think my girls are gorgeous and yet they were still going through this stuff. That’s what made me want to get the film right,” she says over Zoom.

A few years ago, Holness overheard one of her daughter’s white friends lamenting how she wanted lips and a butt like her daughter’s. It piqued her interest because white women never wanted to look like Black women when she was younger.

The documentary is centred around the 2018 Miss Black America pageant in Kansas, a decision Holness made because the first iteration of that pageant in 1968 was held in protest against the white establishment that barred Black women from entering to compete in the official Miss America. “It was the idea to use beauty as a protest, turning the idea that Black women are beautiful into a political stance.”

She interviews contestants about the trials and tribulations of pageant life, which quickly turn into conversations about what it means to move through the world as a Black woman, what seemingly immovable roadblocks they’ve come up against time and again.

Ryerson professor Cheryl Thompson, broadcaster and playwright Amanda Parris and musicians India.Arie and Jully Black give candid accounts of their own lived experiences, as well as historical analysis of Eurocentric beauty ideals and colourism, to give audiences a triumphant truth-telling.

Holness has woven together a narrative proving that to be considered undesirable by society means you are often overlooked or alienated, but that Black women continually find ways to take their power back.

In leading the story with the pageant contestants, Holness delves beyond surface level conversations about desirability. It’s abundantly clear that these women know beauty equals power, one that can be wielded or taken away. The documentary never gives the impression that Black women don’t believe themselves to be beautiful but rather that they live with the awareness that the way the outside world perceives them can have a negative influence on their lives. Holness isn’t afraid to go there and ask uncomfortable questions or include dissenting opinions – self-proclaimed Black woman Rachel Dolezal’s appearance is evidence of that.

Subjects Of Desire feels like a crash course, making connections across centuries. It reinforces a lot of what most Black women already know, but it also highlights systemic biases that others may not have considered. In one hour and 40 minutes it synthesizes who we deem desirable, worthy of care and protection – and why.

As the film screens at Hot Docs, I spoke with Holness about the ways she brought these stories together, including Dolezal’s perspective in the film and more.

The doc centres around the 2018 Miss Black America pageant but I imagine you started working much earlier than that.

I was really inspired by what Ava DuVernay did with her documentary, 13th [a documentary about the 13th amendment in the American constitution and how it relates to the prison industrial complex] when I saw it in 2017. I’m well-versed in the prison industrial complex, but I thought she did something really powerful in that she located where it came from and the rationale behind how white folks have justified it; because it never made sense to me, like, “Why are we putting all these Black men in prison?” I wanted to do the same thing with Subjects Of Desire. I wanted to have a comprehensive look at this. I didn’t want to just think about hair or think about complexion. I wanted to understand how and why these narratives came to be.

This was your first documentary and your first time directing in 18 years. How did you put all the women and girls that you spoke to at ease? They opened up to you in such vulnerable ways.

I channelled my inner mom! I’m known to be very forthcoming and I do think Black women really like authentic honesty. I really tried to connect with them and tell them who I was and what I was trying to do, so that they would feel safe. There was something that happened with one of the contestants. I was talking about how Black women are unprotected, and she literally came out and said you know that happened to me and she started to tell me about how she was raped at 14. It was so completely unexpected, we hadn’t done any pre-interviews about it. I had just spent the day with her and I think she just felt comfortable.

What struck me most about the doc is that it’s doing so many things. You really checked every possible box. From dominant stereotypes to conversations about the changing nature of beauty, then the unprotected nature of Black women and then the legacy of slavery and how it impacts the way we live now. You cover so much in an hour and 40 minutes. Did you set out to cover such a wide breadth of topics?

All the things in the film are interconnected. Black women not being afforded the power of their beauty has left us unprotected and that lack of protection has meant that Black women are dismissed. We’re dying in the streets and not being cared for. We’re dying in hospitals. No one is noticing serial killers stalking us for decades. It’s like, “Oh, there are over 100 Black women dead? We didn’t notice.” Beauty is a huge power and these are the outcomes if you don’t get to wield it.

I have to ask about the decision to interview Rachel Dolezal. Obviously mentioning her had to happen but what was it like interviewing her? I still feel like she’s going through some things internally, where the rest of the world is kind of like, you need to accept your whiteness but she refuses to do so.

Rachel is the elephant in the room. The interesting thing is that I did not know how I would perceive her when I met her. I thought it was actually quite shocking that here was this blonde, green-eyed person, that I think in many ways is the version of whiteness, that we’re all inundated with. In my history on this planet, I’ve seen a lot, but I’ve never seen a white woman choose to live as Black. Historically, we’ve heard and read about Black folks passing for white, for safety, for protection, for opportunity. I interviewed her in spring of 2018 and there had been a lot of hate on her and some of it absolutely rightful. She was tentative. She was hopeful that I wasn’t going to take her and try to destroy her through the film. She was, I think, a little bit desperate because she didn’t have a lot of resources. The one thing she impressed upon me was that choosing that life didn’t actually mean greater economic success, because in actual fact we know that Black women are paid less than white women and less than white men and so on and so on. But I also thought that there was something not quite right about her because she chose to stay in that space once she was outed.

It’s such a touchy subject with her.

I don’t think she’s quite taken full responsibility for what she represents. However, I know why Black women are upset by her, but why are white people so upset [about what she did]? I’ve heard white folks saying, “Oh my god, it’s so horrible!” but why is it so horrible? Without them really giving it deep thought, she is right. She cancelled her white privilege and some white people lost their minds because whiteness is supposed to be valued at a such a higher rate and she rejected that.

What conversations do you hope this documentary starts or bolsters?

I hope people watching it question how they engage with Black women, that some of the thinking is actually low-level racism and their thoughts are being guided by a narrative that is not true about who Black women are. I want people to think about Black women in a way that we want to be thought about. We know our strength and we value our beauty. I think the film is saying “fuck you” in some ways. We embrace who we are. You are the ones that have the problem. And this is what the problem looks like.

Listen to the entire conversation with Subjects Of Desire director Jennifer Holness in the latest episode of the NOW What podcast, available on Apple Podcasts or Spotify or playable directly below: