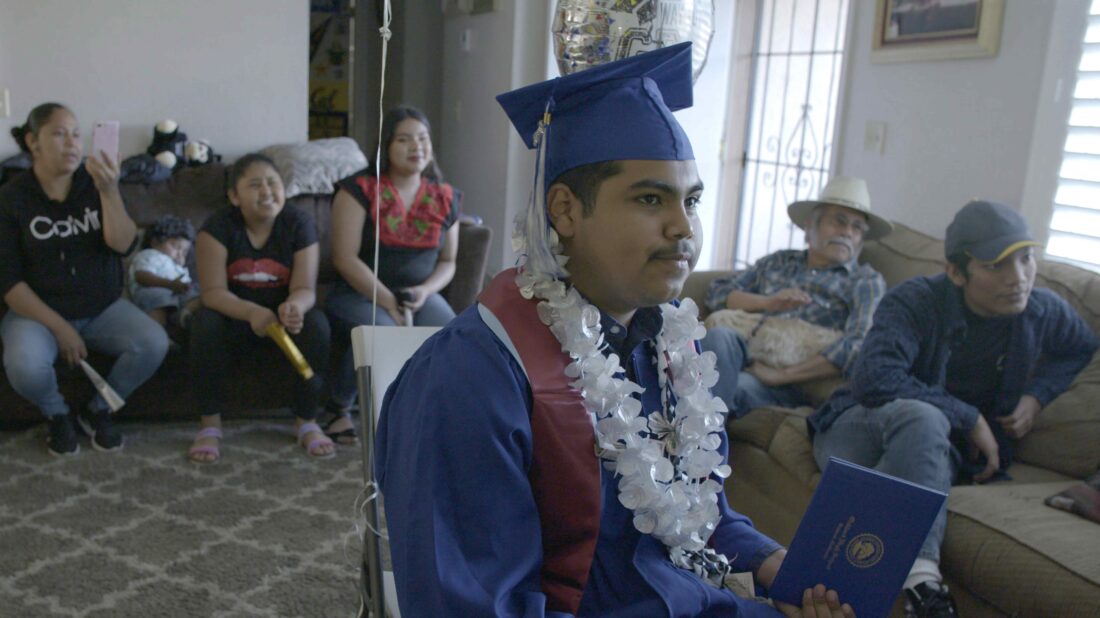 Oakland documentarian Nicks took us into an ER in The Waiting Room and shadowed the police department in The Force. The third film in his informal, invaluable trilogy follows the senior class of Oakland High School – diverse, politically aware and extremely online – from September 2019 to June 2020.

Nicks works in the style of Frederick Wiseman, eschewing talking heads and onscreen text for a more immersive, organic examination of insitutions and how people function within them. He treats the student body as a single organism rather than individuals, which makes Homeroom’s first movement a bit of a struggle. But eventually a central figure emerges in Denilson Garibo, a committed student advocate fighting an uphill battle to remove the police presence from schools.

Nicks and his team were shooting when COVID arrived in America, and there’s a queasy fascination in watching the classrooms get quieter and smaller in early March as the kids trade theories about whether a flu shot will keep them safe. Classes go virtual; things are manageable for a while. And then Breonna Taylor and George Floyd are killed, and the Black Lives Matter protests bring everyone outside again. Homeroom captures it all, riding along with the students as they become part of the larger world. It’s happening a little earlier than expected, but they’re ready.

Available to stream here, with a filmmaker Q&A.