NOW MagazineMovies & TVNews & FeaturesInto the Cronenverse: a guide to every David Cronenberg sequel and remake

Into the Cronenverse: a guide to every David Cronenberg sequel and remake

With the Soska Sisters' Rabid remake out this week, we revisit the uneven progeny of Canada's master director 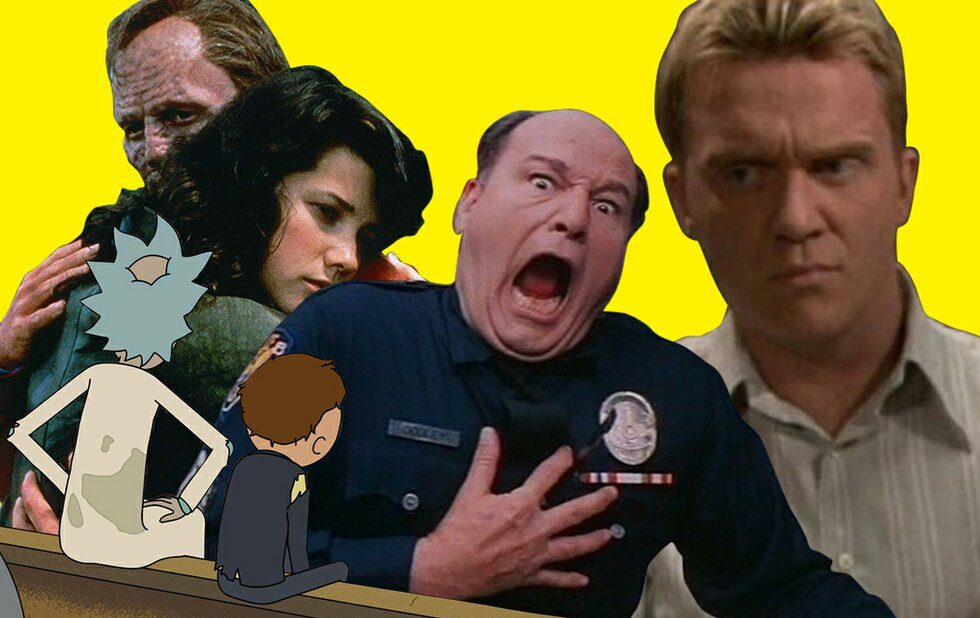 Given that he’s written and directed 40 years’ worth of feature films, it’s surprising that no one’s taken a run at remaking a David Cronenberg picture – until now.

Is it because the cerebral, grotesque nature of his cinema is too intimidating? Is it that no actor wants to have their performance measured against Jeff Goldblum and Geena Davis in The Fly Jeremy Irons in Dead Ringers and M. Butterfly Peter Weller in Naked Lunch or Viggo Mortensen in A History Of Violence and Eastern Promises?

Or is it that the world still isn’t ready for another Videodrome or Crash?

Maybe no one’s been willing to tackle Cronenberg’s oeuvre directly until the Soska Sisters reworked Rabid for the 21st century (okay, there was that TV version of The Dead Zone, but it owed more to Stephen King’s novel than Cronenberg’s adaptation) but there have been plenty of sequels and spinoff projects.

We thought it might be fun to revisit them. We’re sorry.

Walas, who won an Oscar for the makeup effects of Cronenberg’s 1986 masterpiece, directed the sequel, which means there’s even more of an emphasis on grotty mutations. This turns out to be a good thing, since the story is pretty thin, focusing on the late Seth Brundle’s son Martin (Eric Stoltz), who’s trying to perfect his late father’s teleportation project before his own mutant DNA can turn him into Brundlefly Mark II. Lee Richardson is the evil tycoon pulling the strings Daphne Zuniga is Martin’s colleague-slash-girlfriend, which is a whole thing on its own, and everyone gets really goopy by the end.

At least Walas finds a way to bring back John Getz’s Stathis Borans – now the sole survivor of the original movie – for a marvellously snippy cameo.

With its simple narrative of pharmaceutically created telepaths waging war via psychokinesis, Cronenberg’s 1981 Scanners was an obvious choice for a franchise. Sure, you need an exploding head here or there, but otherwise most of the action can be conveyed by actors staring intently at each other.

Pierre David, who produced the original film, commissioned two sequels for the home-video market. Though they were produced back to back, they had no connection to one another, which now seems like a missed opportunity. This dull, cheap thriller about a young scanner trying to stop an army of his amped-up brethren doesn’t exactly beg for a follow-up… even though future Cube and Shape Of Water co-star David Hewlett tries to do more in the lead than Stephen Lack did the first time around.

Released in some markets as Scanner Force, this one scales the story back to more manageable levels, as an experimental scanner-management drug backfires and turns a young woman (Liliana Komorowska) into a homicidal maniac bent on taking over the world with TV signals (which… sure) leaving her brother (Steve Parrish) racing to stop her. Points for bringing the series back to its basic sibling conflict, I guess, but… well, there’s a reason no one remembers these movies.

David took over the directorial duties for one last kick at the Scanners can, and it’s clear that no one particularly cares how this one will turn out. Set in Los Angeles for some reason, it stars Daniel Quinn as a police scanner (no, they didn’t think of it either) who’s the only person who might be able to stop an evil genius using telepathy to turn ordinary citizens against the LAPD. It is not good.

As we mentioned above, Shawn and Michael Piller’s TV series is more interested in using Stephen King’s characters and premise for a case-of-the-week show about a psychic solving crimes than in recapturing the melancholy tone of Cronenberg’s 1983 adaptation. (Which, by the way, is still a perfect movie.)

It’s not bad, really, though it suffers from being produced just before we all raised our collective standards for television. At least star Anthony Michael Hall stayed invested through the entire six seasons of the show.

Screenwriter Steven Knight originally wrote this thriller about an FSB agent who buries himself deep undercover in the Russian mob as a sequel to 2007’s Eastern Promises that would have found Viggo Mortensen reprising his role as the conflicted Nikolai Luzhin.

After a few years in development, the sequel aspect was abandoned in late 2018, Focus Features announced it had hired Oldroyd (Lady Macbeth) to direct a stand-alone version of the script. And then things went quiet again, probably because there aren’t too many actors who can fill Mortensen’s boots. (Robert Pattinson? He’d have fun with the accent, at the very least, and he’d probably get Cronenberg to give the project his blessing.)

We’ll keep an eye out for further developments.