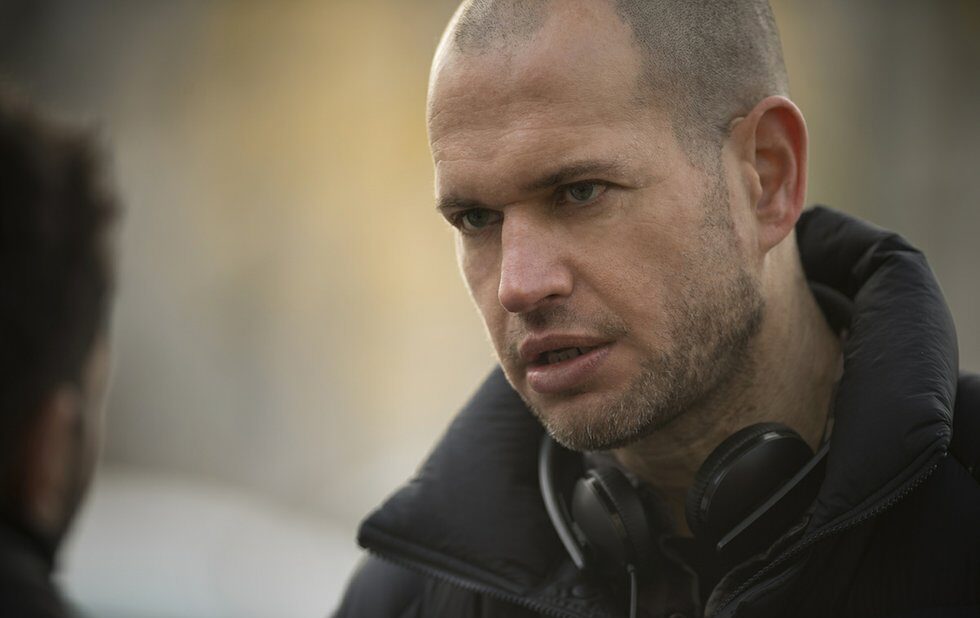 One year after he finished his mandatory military service in Israel, Nadav Lapid suddenly decided, at age 21, to move to France.

“It was from one day to the other,” the Tel Aviv-based director recalls in an interview during the Toronto International Film Festival in September. “I was like Jean d’Arc who hears the divine voice: ‘Run away!’ So I ran away.”

Two decades and three films later, the director has revisited that period of his life with the feature Synonyms, a fictionalized and confrontational parable about an ex-Israel Defense Force solider named Yoav (Tom Mercier) who flees to Paris and stops speaking Hebrew in an attempt to escape his own culture. The movie won the Golden Bear at the Berlin International Film Festival in February, before playing at TIFF and the New York Film Festival. It opens in cinemas on Friday (November 1).

At a time when mainstream Hollywood films are unpacking male identity, Synonyms stands out for the way it pointedly and inventively connects macho aggression, violence, racism and trauma to nationalism, a topic that has loomed large over many recent elections around the world, including in Canada.

Lapid also takes his love of French cinema and infuses it into the movie to create a kind of visual critique that mirrors the larger parallel between French and Israeli nationalism.

Many of the characters Yoav meets are crude representations of Israeli and French archetypes. There’s French couple Émile (Quentin Dolmaire) and Caroline (Louise Chevillotte), who are the quintessential French arthouse movie couple, all blank stares and sublimated sexual tension. (Indeed, Chevillotte was last seen on the big screen in Philippe Garrel’s Lover For A Day, playing a university student having an affair with her professor). Then there’s Yaron (Uria Hayik), a muscular security officer at the Israeli embassy who gets out his aggression by harassing Arab people and joining an underground fight club with Neo Nazis.

Synonyms is less a riposte to nationalism than it is an exploration of how those who carry out violence in the name of a state are left with a rage they can’t articulate. The noble move would be to stand up and oppose state-sponsored violence, but instead Yoav decides to run and sinks into shame. Ironically, the things military service has left him with – a ripped body and war stories – are what make him physically and intellectually exciting to Émile and Caroline, but also ripe for exploitation.

The film arrives in cinemas in the wake of the recent Israeli election in which major parties across the political spectrum campaigned on “virtually indistinguishable” promises to further entrench military rule over the Palestinians. The election result suggests an inextricably deep-seated status quo. So although Lapid based Synonyms on his own experiences from years ago, the film’s portrait of a man who refuses to deal with his reality rather than confront it feels as timely as ever.

“There are some things in the movie that Israeli audiences will see better,” he adds, “but you also lose something when you are imprisoned by your reality.”

How have you found the reaction to the film so far?

Twenty percent of the critics are furious. I’ve thought about it and I think it’s a formal fury. There is something that might be looked upon as very aggressive and violent in the cinematography, in the formal aspect of the movie. You need to laugh but you also need to be punched as a spectator. The movie is not diplomatic.

Are you normally a diplomatic person?

I’m a pretty polite person, but with a movie maybe you reveal your other side. If someone wants to know me truly, it’s better to know my movies than to know me. My movies are myself in a world without social codes. With a movie, you can celebrate your own existence.

Many aspects of the movie reminded me of French auteurs like Philippe Garrel and Robert Bresson, specifically Bresson’s 1977 film The Devil Probably, about young man who decides life is pointless and sinks into despair. Was that film an influence?

It’s the film of Bresson I like best. And I love Bresson in general. In that film, there’s something very up-to-date in the existential despair that’s expressed cinematically by the conflict between mobility and immobility. I feel that Synonyms is a film about movement – the capacity to move and the incapacity to move. In the beginning of the film, the main character is moving drastically. He is leaving his country only to sink in into immobility. In each sequence, there’s this tension between moving and freezing.

You mention the character running away. Even though a lot of the film feels very particular to Israel and France, I found it resonant. In North America, more people are thinking seriously about culpability in relation to slavery and the treatment of Indigenous people. And yet, rather than reconcile or look inward, on a government level and on a personal level, the response is generally to turn around and run.

The main character thinks that France and Israel are antonyms but they are synonyms. In a way, all the national hymns are based on blood and flesh. In all countries when you dig a little bit you find burned bodies and different forms of violence – physical violence but also the violence of social protest. Almost all of us can feel that there is a stain that we cannot get rid of this stain of culpability. There’s a sickness that is impossible to cure and we are apart of this sickness. This sickness is us.

How often do you have these kinds of conversations in Israel in relation to the occupation?

There’s no political party in Israel that could adapt this film. The film doesn’t talk about political dilemmas in Israel. The film talks about the collective Israeli soul and the Israeli collective soul is a sick soul. Something in the deepest essence of the Israeli existence is false – is rotten. It’s not just Benjamin Netanyahu – it’s not special to Israel. But, at the same time, I think this Israeli sickness or nature is characterized by young Israeli men muscular, smiling, who don’t raise any questions and don’t have any doubts. They are extremely proud of being Israeli. They have a totally dichotomist vision of existence: Us versus all the others.

There are scenes in Synonyms that address racism, but you avoid getting really pointed about the politics of Israel, Palestine and the occupation. Why take that approach?

[Yoav] can speak on Israel all the bad adjectives he can find in the French pocket dictionary, but if you ask him what’s so terrible about Israel he wouldn’t be able to make a clear, precise argument. There’s no one thing he can say, like “I shot at a Palestinian.” His trauma is being Israeli. The fact that he feels it so deeply but he cannot formulate in a precise statement makes that trauma much more extreme.

Another theme in the movie is migration, but you show a character who comes from a place of privilege who then ends up in a vulnerable situation and, in a disturbing scene, is exploited. Why did you decide to include that scene?

First of all, the film is based on my personal experiences, including this scene. A lot of things happened that I didn’t include in the movie and certain things happened that are in the movie. [long pause] The more the film advanced, the more there is something sadomasochistic in the relationship between this guy and France. And between this guy with himself: he’s freezing himself almost to death, he’s starving himself and I knew there was a moment where he had to prostitute himself. There’s only one direction, it’s down. I knew that he’s going to lie on the frozen floor with his finger in his ass but I also feel there is something sublime about this moment. Not in a Christian way – he’s not Jesus. He arrives at paradise and he should get as low as possible. It’s also his desire nothing can erase the guilt. The film couldn’t stay in safe territory.

Tom Mercier’s performance reminded me of Elizabeth Berkley in Showgirls: the movie only works if you have an actor who can act, can do physical feats and is willing to be naked.

Tom is a unique phenomenon. He’s a Judo youth champion of Israel and everyone predicted he would have a brilliant career. Then he abandoned Judo and became a dancer and he has, in a very natural way, this mixture of fragility, tenderness and politeness. But, at the same time, violence. It’s like something is going to explode.

He’s playing a guy whose body gave him almost all the possible options and he’s living in them fully. Sexually, is he straight or is he gay? In the movie, it’s not clear.

A lot of filmmakers get trapped by style and plot, but this movie has a shape and a trajectory without that happening. It doesn’t go off the rails but it’s not confined by a style, either.

People are afraid of too much “cinema” in their movies. First of all, that’s because sometimes they are not inventive, but it’s also because they’re afraid that it will keep you away from the essence of the movie. It’s the story or the script. Style is a means to get closer to the truth of the movie. The truth should not be expressed only by words. If you’re very specific and personal with the words but very impersonal with the images, it’s like writing a love letter using a form you could find on Google.