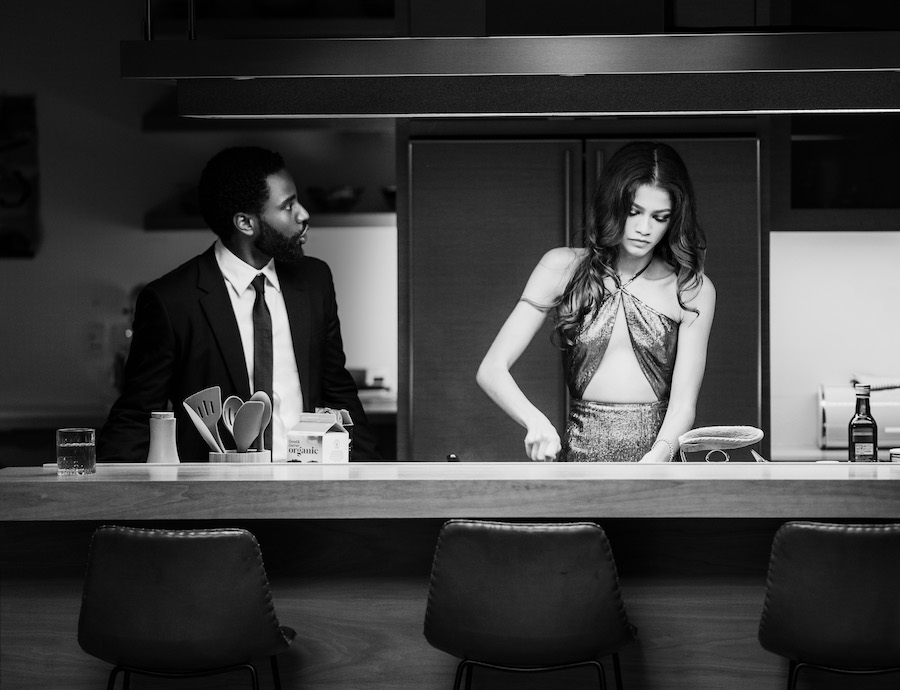 These are the most anticipated new titles hitting Netflix Canada in February 2021, including Malcolm & Marie starring Zendaya, the dramedy Ginny & Georgia, a dog-centric reality series and season two of Tiffany Haddish’s stand-up showcase.

Director Sam Levinson reunites with his Euphoria star Zendaya in a black-and-white Virginia Woolf-riff shot during the earliest days of the COVID-19 pandemic. Zendaya and John David Washington star as a model and her movie director boyfriend who throw metaphorical stones in a literal glass house after coming from the premiere of the latter’s new movie. Early critical reactions to Malcolm & Marie are screaming for Zendaya to get some Oscar attention following her Emmy win for Euphoria. February 5

The first season of Haddish’s series featuring six stand-up comics personally chosen by her was so good it got nominated for an Emmy. The second season features a new crop of comics – all of whom happen to be Black. There’s a great range of talent, with a special nod to older comics: Barbara Carlyle has been in the biz, relatively unknown, for 44 years. Now when will Haddish get some Canadian talent on the show? February 2 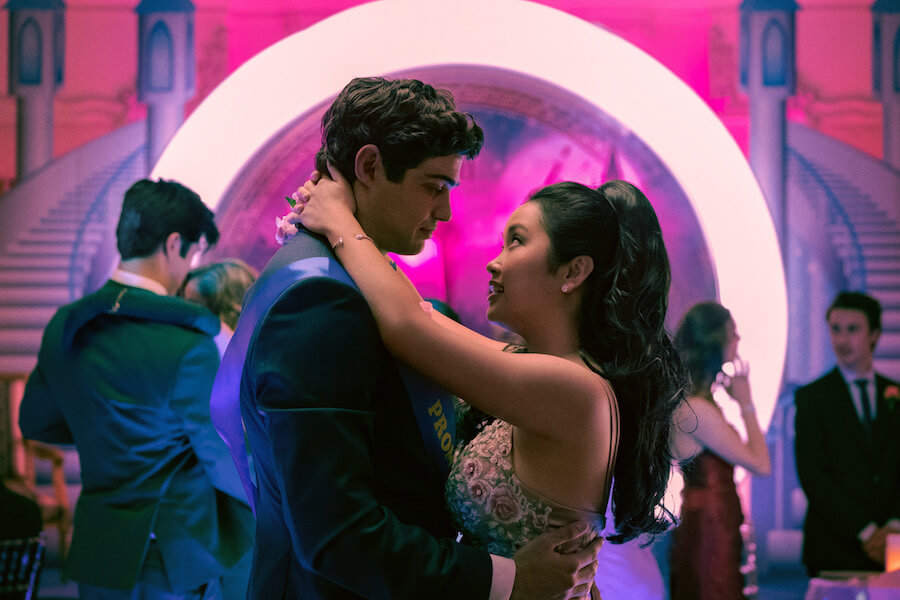 To All The Boys: Always And Forever

Netflix’s wildly successful adaptation of Jenny Han’s YA trilogy comes to an end… and with the romantic complications of last year’s P.S. I Still Love You settled, now it’s time to get practical. Always And Forever finds Lara Jean Covey (Lana Condor) and her beloved Peter (Noah Centineo) pondering what lies ahead for them after high school: will they go to Stanford together, or will Lara Jean end up in New York? What about her family? What about her friends? We like these characters as much as you do, we’re hoping it all works out for the best. February 12

Starting in 1974 and jumping back and forth through the decades, this series tracks the lifelong friendship of two Seattle besties: neurotic Kate (Sarah Chalke) and extroverted Tully (Katherine Heigl), who support each other through various personal triumphs and tragedies. It sounds like the slightly more responsible version of Dead To Me, only with a wider range of wardrobe options. Showrunner Maggie Friedman cut her teeth working on Once And Again, Dawson’s Creek and Jack & Bobby, among others, so she learned a few things about undercutting sentimentality with a bit of self-reflexive humour. February 3 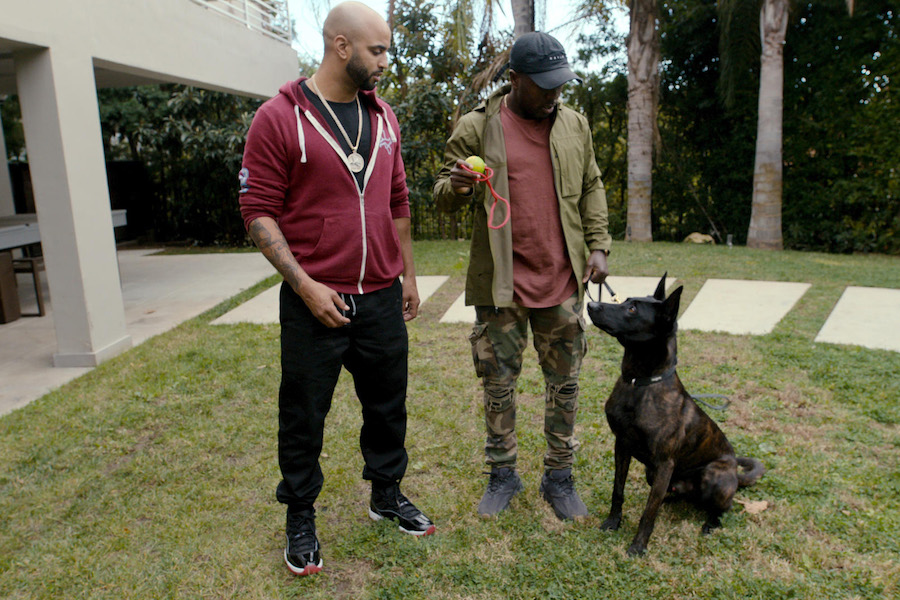 It’s been an especially stressful year; maybe you’d like to relax and watch some nice people help dogs and owners be better partners. This original series features Oakland animal trainer Jas Leverette and his colleagues at Cal K9, who strive to correct obedience and behavioural issues – and never, ever turn a dog away. Expect heartwarming resolutions, unlikely breakthroughs and an unending supply of liver treats. And truly, after the last 10 months that’s all we want. February 24

Crime Scene: The Vanishing At The Cecil Hotel

Documentarian Joe Berlinger – who’s been working in the true crime genre since well before anyone was calling it that – launches a new series on Netflix dedicated to deconstructing “the mythology and mystery surrounding infamous locations in contemporary crime.” In the show’s first season, Berlinger looks at the Cecil Hotel, a budget hotel in downtown Los Angeles with a history of suicides and mysterious deaths … and where Elisa Lam, a student at the University of British Columbia, disappeared in 2013. February 10

Netflix’s latest dramedy stars Brianne Howey as 30-year-old Georgia, a fun-loving but freshly widowed Southern belle, and Antonia Gentry as her 15-year-old daughter Ginny, forever bristling at having to manage her mom’s worst impulses. And if that sounds like it’s edging towards Gilmore Girls territory, that’s a deliberate part of creator Sarah Lampert’s pitch. But this show carries some darker implications along with its generational angst, as well as a host of Toronto actors in supporting roles, including Sara Waisglass (Mary Goes Round), Sabrina Grdevich (Kim’s Convenience), Raymond Ablack (Nurses) and Tommie-Amber Pirie (The Go-Getters). February 24

There’s nothing like snuggling up during winter while watching a movie in which characters are outside battling the elements. This promising Swedish thriller concerns a couple who have decided to rekindle their romance with a remote hiking trip in the wilderness. Unfortunately, after someone starts aiming a red laser dot inside their tent, they flee into the snowy wilderness. How do you say “Hell, yeah” in Swedish? February 11 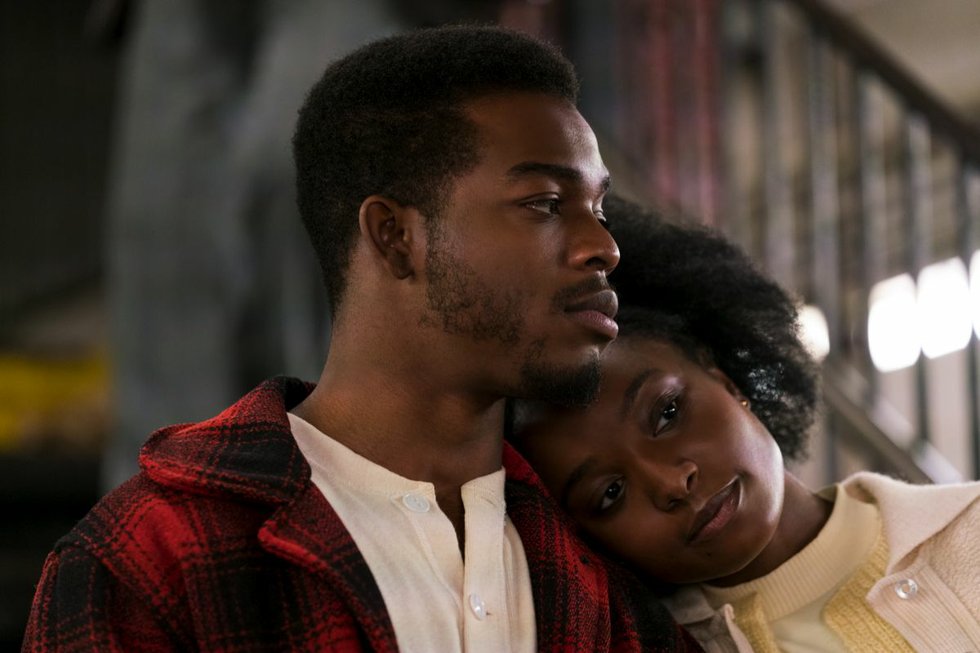 Moonlight director Barry Jenkins has a bigger canvas in If Beale Street Could Talk to etch another Wong Kar-Wai-infused love story. Jenkins adapts James Baldwin’s novel about a Harlem couple loving each other while separated by plexiglass. The romance doesn’t dwell too hard on the trying circumstances facing Tish (KiKi Layne) and Fonny (Toronto’s Stephan James). Instead, If Beale Street Could Talk demands we see past their trying circumstances to feel their strength, beauty and humanity. February 20

The full list of new titles available on Netflix Canada in February 2021 by date:

Crime Scene: The Vanishing At The Cecil Hotel

Buried By The Bernards

Animals On The Loose: A You vs. Wild Movie

Brian Regan: On The Rocks

Unabomber – In His Own Words (season 1)

Cloudy With A Chance of Meatballs 2

Friday After Next The Ghosts Of Girlfriends Past

The Mortal Instruments: City Of Bones

All My Friends Are Dead

The Boy Next Door

Nanny McPhee and the Big Bang

Strip Down, Rise Up

The Yin-Yang Master: Dream of Eternity

The Midsadventures Of Hedi And Cokeman

To All The Boys: Always And Forever

Caught By A Wave

How to Train Your Dragon: The Hidden World

Bring It On Again

Bring it On: All Or Nothing

Bring It On: Fight To The Finish

Bring It On: In It to Win It