What to watch on Netflix Canada in January 2022

NOW critics pick the best movies and TV shows hitting the streaming platform next month, including Hype House, Getting Curious With Jonathan Van Ness and the return of Ozark. 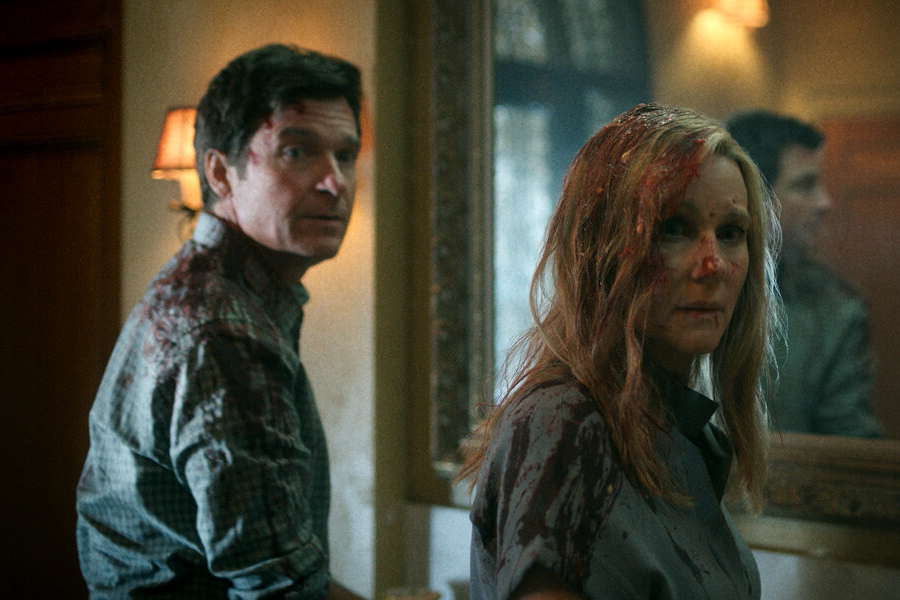 Jason Bateman and Laura Linney in the new seeason of Ozark.

Here’s everything that’s coming to and leaving Netflix Canada in January 2022, including Hype House, Getting Curious With Jonathan Van Ness and the return of Ozark.

We’re finally getting the final season of the American crime drama after a two-year wait. Ozark will be returning next month, but will be split into two halves, with only the first seven episodes coming out. The other episodes are set to come out later in 2022. We’ll see what will become of financial advisor Marty Byrde and his family, as well as what happened after that dramatic ending in season three. January 21

Welcome to the hate watch of 2022, a reality TV series about social media influencers that has the potential to be the new Keeping Up With The Kardashians. The mostly-white (but with one token light-skinned Black friend) Hype House members like Alex Warren, Kouvr Annon, Larray and Chase Hudson aka LILHUDDY have millions of followers.  The show synopsis says that these characters who seemingly put everything online will show us a side of their lives we seldom see. But given how curated social media influencers are, we doubt it. January 7

We know frighteningly little about this stop-motion series about generations of families living in a spooky hilltop estate. But if IMDB is to be believed, the gothic series from award-winning animation house Nexus Studios has a voice cast that includes Helena Bonham Carter, Matthew Goode, Miranda Richardson and High Life’s Mia Goth. That’s all we need to know really. January 14

Sometimes the found footage… finds you. This new horror series from producer James Wan – who launched the Saw, Insidious and Conjuring franchises – stars Mamoudou Athie of The Get Down and Uncorked as an archivist whose latest assignment restoring a cache of videotapes leads him to reconstruct a journalist’s investigation of a very creepy cult. Dina Shihabi, Julia Chan and Martin Donovan co-star. January 14

Netflix’s TV adaptation of Bong Joon-ho’s post-apocalyptic allegory doesn’t quite have the same anti-capitalist bite as the 2013 film, but it is a binge-worthy epic on its own. Season 3 picks up with (spoiler alert if you haven’t seen the first two seasons) Daveed Diggs’s Layton continuing to fight off adversary Mr. Wilford without his frenemy Melanie Cavill (Jennifer Connelly) aboard a train in perpetual motion to keep survivors alive after the world has frozen over. This season was filmed with strict COVID protocols, which might mean an even more claustrophobic atmosphere. January 25, new episodes weekly.

Getting Curious with Jonathan Van Ness

One of Queer Eye’s Fab Five is debuting with their own show later next month. Jonathan Van Ness gets curious as he dives into topics ranging from –well– anything, really. This isn’t really new for Van Ness either. He’s been doing a podcast version of the show since 2015, digging deeper into a variety of topics like the US Department of Education, and the COVID-19 vaccine, and haircare. January 28

In From The Cold

The perpetually underrated Margareta Levieva – who’s done sterling work in everything from The Invisible and Adventureland to The Blacklist and The Deuce – stars in this new thriller series from Supernatural writer/producer Adam Glass as a young mother forced to re-engage with her a secret past as a “bioengineered Russian agent” in order to keep her family safe. Let’s see if the stunt choreographers find a use for Levieva’s childhood training in rhythmic gymnastics. January 28

Kristen Bell stars as an alcoholic, unstable single woman who witnesses a murder, but can’t get anyone to believe her because of the whole unstable-alcoholic thing in this new spoof of paranoid white-lady thrillers – you know, like the laughable Amy Adams turkey Netflix foisted on us last year. All we know so far is this one wants to be funny on purpose. January 28

The full list of new titles available on Netflix Canada in January 2022 by date:

Angry Birds: Summer Madness
Feria: The Darkest Light
Getting Curious With Jonathan Van Ness
In From The Cold
The Woman In The House Across The Street From The Girl In The Window

How I Fell In Love With A Gangster

This Is Not A Comedy

Blow
Dennis The Menace
Prisoners
Set It Off

After We Fell
Playing With Fire

Midnight In The Switchgrass

Every Breath You Take
Home Team

Meet The Fockers
Meet The Parents

Netflix Canada What To Stream