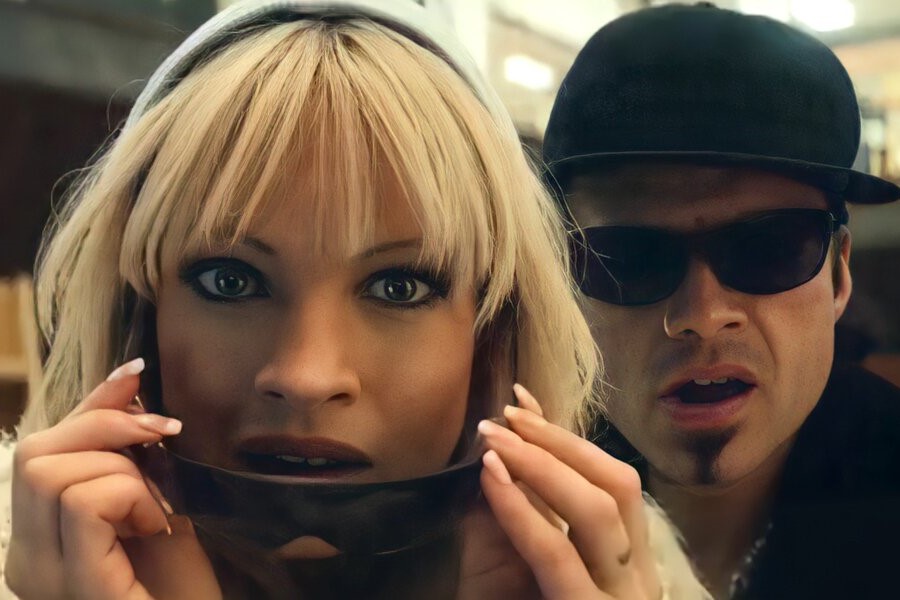 Not the real Pam and Tommy, but an incredible simulation

Pam & Tommy, a new limited series produced for the U.S. streaming service Hulu – and running in Canada on the mature-themed Star tier of Disney+ – wants to unpack the story from multiple angles, and that’s sort of its problem. (As is its running time; this is yet another television series that really should have been a two-hour movie.) It’s not impossible to offer a macro view on history, but even the show’s title is telling you where the focus wants to be.

Writer/producer Robert Siegel previously explored the disconnect between celebrity and real life in The Wrestler and Big Fan, but any point he might be trying to make here is lost in the bloat of eight tonally inconsistent episodes; it’d be one thing if each one adopted a different perspective or aesthetic to tell a more comprehensive story, but Pam & Tommy keeps fishtailing through ideas and points of view from one scene to the next. Craig Gillespie, who directs several of the episodes, had the same problem with I, Tonya, a film that didn’t explore its subjects as deeply as it thought it did.

Still, even though the show takes an eternity to tell its story – the first three episodes, which dropped today, are all table-setting for the release of the video – its individual elements can be engaging and even moving.

Buried under uncanny-valley prosthetics, Lily James does terrific work giving Pam the vulnerability and complexity she deserves, going beyond impersonation to show us a woman who’s been underestimated and undervalued at every turn, and doesn’t have the confidence in her own worth to laugh off personal slights. The show’s thesis is that Anderson’s best performance was the more confident version of herself she brought to talk shows.

And as Tommy Lee, Sebastian Stan – who was the hammerheaded Jeff Gillooly in the aforementioned I, Tonya – manages the tricky job of playing a hedonist who doesn’t have an inner life, and is fine with it. He’s endlessly supportive of Pam, whether that means helping her rehearse for her role or deciding he needs to beat up Jay Leno for bringing up the tape during their Tonight Show interview. At first I thought Stan was just cycling through three reactions to any given situation – delighted, angry, fake surprise – and then I realized it’s Tommy who’s uninterested in pushing himself beyond his instinctual responses.

But then there’s Rand Gauthier, played by Seth Rogen; Rogen, who produced Pam & Tommy with his partner Evan Goldberg, struggles to do much with the guy. Gauthier doesn’t have an inner life either, though he insists that he does, and as his self-righteous floundering eats up more and more screen time you realize he just lifts right out of the story after the first act. Sure, we’d be denied the pleasure of Nick Offerman in full giggly debauchery as Ingley, but that’s just there for the memes anyway.