Paper-thin thriller wants to comment on the consequences of drone warfare, but it’s just a threadbare domestic drama 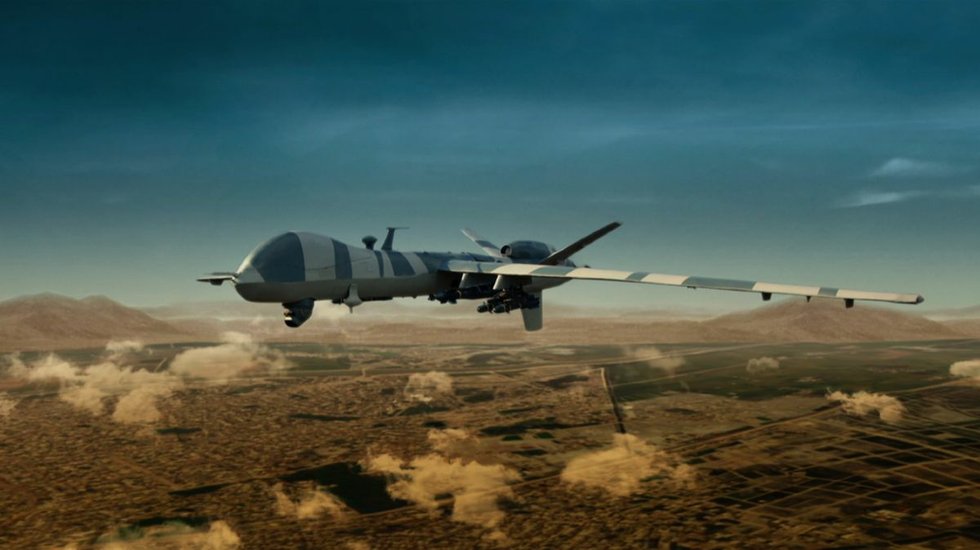 Drones are part of the conversation about war now, and the moral and ethical implications of unmanned murder vehicles flying around with minimal oversight have led to a number of thoughtful, intriguing films like Good Kill and Eye In The Sky. Jason Bourque’s new movie, Drone, isn’t one of them.

It’s a paper-thin thriller that positions itself as a movie about the consequences of drone warfare, but it’s really just a threadbare domestic drama with delusions of contemporary relevance.

After a prologue set in Pakistan, the focus shifts to the Seattle suburb of Renton, where American family man Neil Wistin (Sean Bean, struggling with the accent) is trying to cope with the death of his father after a long illness. He’s also living a double life: his wife (Mary McCormack) and teenage son (Maxwell Haynes) think he works in IT, but he’s really a top-secret military contractor operating an unmanned aerial vehicle out of a base in the Seattle suburbs.

One afternoon, Neil’s comfortable routine is derailed by the arrival of a polite but very focused man (Patrick Sabongui) with an enigmatic but definitely grim agenda. Over the course of a few hours, everything about Neil’s life will be turned inside out.

There’s a good idea in here – and maybe a great short film – but Vancouver director Bourque (Bird Co. Media, Black Fly) buries it, pulling focus from the story’s key conflict by padding out the movie with bland and dull peripheral subplots about Wistin’s fraying home life and his struggle to deal with his father’s death.

Worse, Bourque shoots most of Drone like a TV show, which makes the occasional use of overhead shots feel like a cheap device rather than an aesthetic choice. When Andrew Niccol switched to a God’s-eye view in Good Kill, it created a discomfiting sense of constant surveillance. Here it’s just a random tic borrowed from a better movie. And Good Kill wasn’t that great to begin with.