Ghost In The Shell is mighty white, and that’s not all right

Scarlett Johansson makes some interesting choices as Masamune Shirow's cyborg supercop, but the movie around her has some serious issues 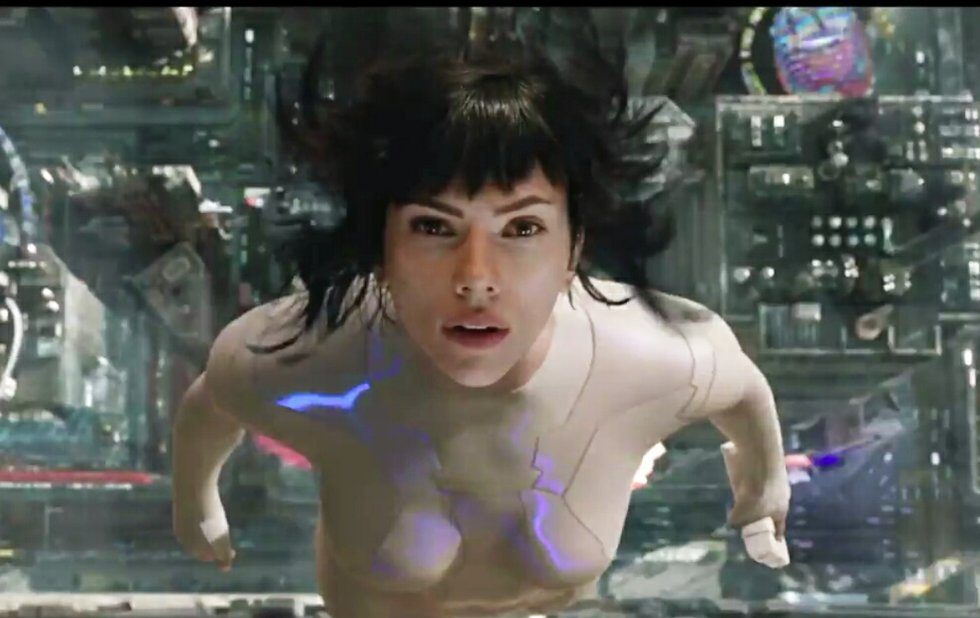 If you're a fan of the original Ghost In The Shell, this whitewashed remake starring ScarJo probably won't please you.

The new Ghost In The Shell has some problems, to be sure, but weirdly enough Scarlett Johansson isn’t the worst of them. Let me explain further before you rush to the comments.

Johansson’s an engaging actor and a great physical performer as the cyborg supercop hero of Masamune Shirow’s beloved manga (and Mamoru Oshii’s hugely influential 1995 anime adaptation), she keeps her neck ramrod straight and walks like a tank. It’s a great choice, and I bought it immediately.

But yes, the Major used to be an Asian woman named Motoko Kusanagi, and now she’s the very Caucasian “Major Mira Killian.” And she’s not the only character to be whitewashed. This gargantuan Hollywood production changes the race of not just the central character but virtually everyone else as well.

We’re still in a futuristic Japan where most humans are augmenting themselves with “cyborg enhancements” like super-hearing, thermal vision, long-range “mind-comms,” but now most of the population is no longer Asian. Some of them are American others are now Dutch, or Kurdish-Polish, or Australian, or Juliette Binoche.

The only characters of any consequence to remain Asian are Han (Chin Han), a colleague of the Major’s in the elite police division Section 9, and their commanding officer, the stern Aramaki – played by “Beat” Takeshi Kitano exclusively in his mother tongue.

Why is he the only character to speak Japanese? Why does everyone else reply to him in English? It’s never explained. I guess someone thought it would be cool. Maybe they all have cyber-enhancements that translate for them. Maybe this future world doesn’t see race, but it’s still a weird coincidence that almost every character running around this unnamed Japanese megacity isn’t, you know, Japanese.

Anyway. Since the Major’s “shell” is totally fabricated, the only human part of her being her brain (which was RoboCopped in, we’re told, after her body was damaged beyond repair), it’s at least acceptable that she’d look like Johansson, the go-to performer for not-quite human roles after Under The Skin, Her and Lucy. Why wouldn’t future roboticists use her as a template, especially if they had a sense of humour about their work?

Sadly, that’s not what’s going on. Screenwriters Jamie Moss and William Wheeler do have a reason for the Major’s whitewashing, and it’s clearly intended to be a clever in-universe comment on the adaptation we’re watching. But it would only work if the Major was the only role to have been race-switched instead, we’ve spent an hour and a half watching an otherwise obsessively faithful re-creation of a Japanese action cartoon repopulated with other people.

Director Rupert Sanders, the journeyman stylist behind that Kristen Stewart Snow White picture you barely remember, spends much of the first hour slavishly remaking the 1995 movie in live-action – or what passes for live-action, given the volume of CG required to create both the characters and the environment – with the Major and her clenched partner Batou (Johansson’s Lucy co-star Pilou Asbæk, styled to look like a Dutch Michael Shannon) in pursuit of a mysterious hacker who’s been taking over people and robots alike to wreak havoc in the city.

But then the narrative veers off in a new direction that aims to put a more human face on Shirow’s sci-fi metaphysics, and while it does allow for a more emotional arc for the Major and an explosive shoot-em-up climax, it doesn’t really suit the material. Oddly, enough, it’s an ending that would have worked really well in the recent RoboCop remake maybe some digital genius can remix them down the line.

If you’re familiar with the original Ghost In The Shell, either as manga or anime form, I don’t think this will work for you. The source material haunts it like an unquiet spirit – the same nagging dislocation that the Major is supposed to experience as a living brain in a mechanical housing. And if this is your first encounter with the property, you’ll just wonder why so much of it feels like RoboCop with Johansson in a body stocking.

So who is this movie for? I have no idea. Body stocking fetishists, perhaps, but surely they got everything they needed from the trailer.