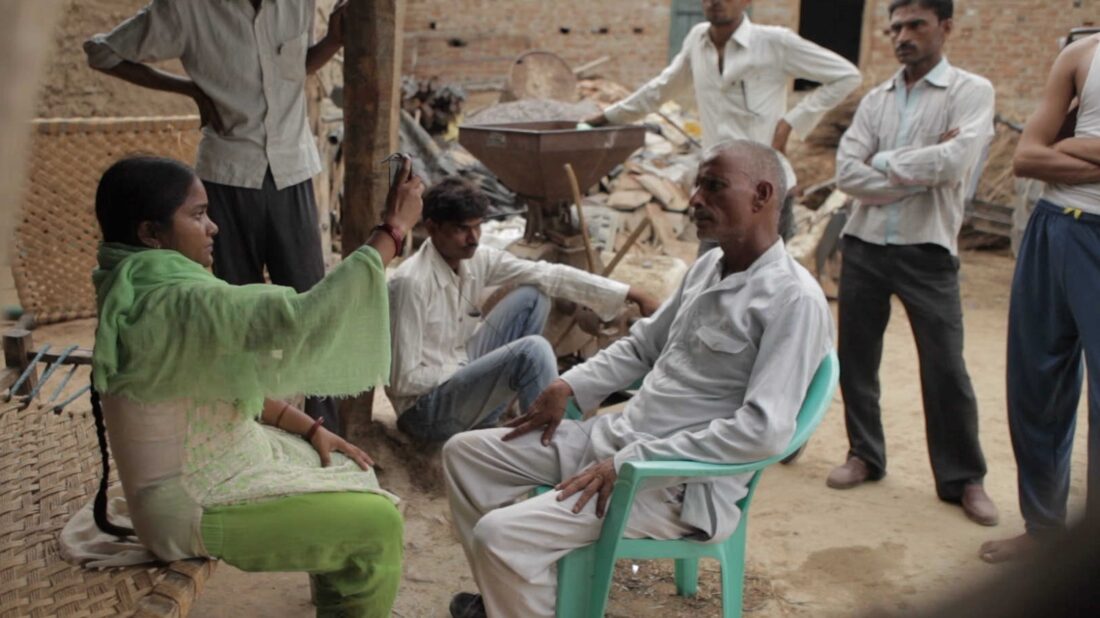 A spiritual companion piece to Collective, Thomas and Ghosh’s ride-along follows the women of the Indian newspaper Khabar Lahariya in Uttar Pradesh, 2016, as they transition from a traditional print organ to a digital product, YouTube channel and all – which is complicated, since many of the paper’s staffers have no experience with the technology required to accomplish that.

And there’s another layer of difficulty: Khabar Lahariya is run entirely by women of the Dalit caste, the lowest level of Indian society, so in addition to cultural misogyny they also have to get past the social roadblocks to confront the men in authority who don’t like being questioned by women. All the while, Narendra Modi’s populist BDP party consolidates power in the runup to a national election, promising an even harder struggle to come… but they’re up for it.

A celebration of shoe-leather journalism and indefatigable commitment.

Available to watch at Hot Docs. Includes a Q&A with the filmmakers.