NOW MagazineMovies & TVReviewsIt Comes At Night could have a sharper bite

It Comes At Night could have a sharper bite 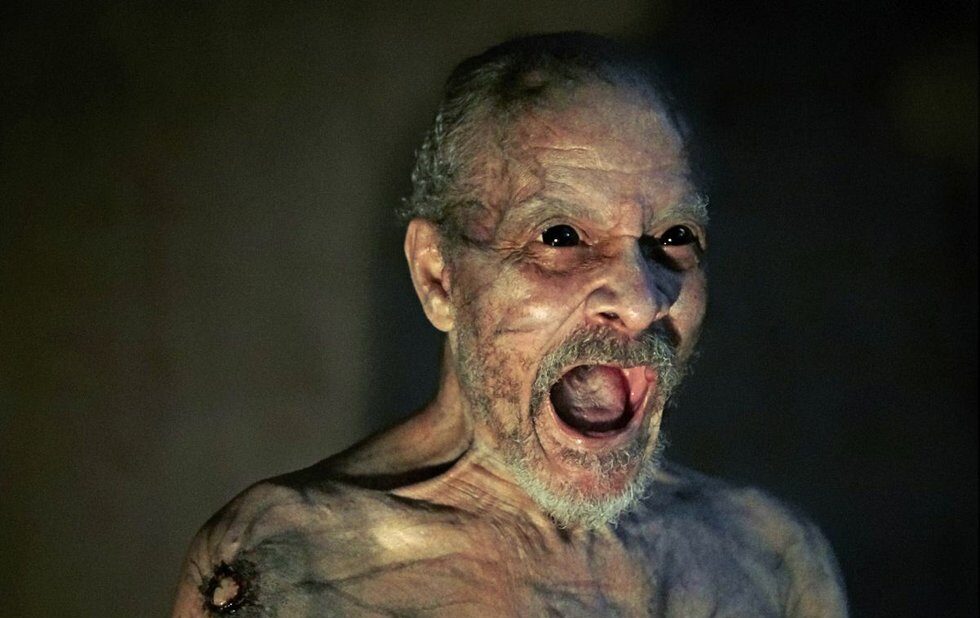 After impressing indie audiences with family psychodrama Krisha, Trey Edward Shults ventures into the horror genre with this tense drama set at the edge of the apocalypse.

Somewhere in United States – maybe the northwest, from the look of the trees, but it could just as easily be Kentucky or even upstate New York – a family of three have boarded themselves up in their remote home, hiding out from the plague ravaging the world.

Whatever this biohazard is, it’s not a metaphor it’s real, virulent and highly contagious. Boils cover the victims’ skin, eyes cloud over with splotches breathing grows effortful. In an unsettling opening sequence, the movie sets out the stakes for Paul (Joel Edgerton), Sarah (Carmen Ejogo) and their teenage son Travis (Kelvin Harrison Jr.). Their seclusion, along with their presumption of safety, is soon disrupted by the arrival of another survivor (Christopher Abbott), his wife (Riley Keough) and their boy (Griffin Robert Faulkner).

As minimalist horror movies go, this is pretty effective. Writer/director Shults shows us how certain characters couch their paranoia in a survivalist’s pragmatism. But scratch the enigmatic surface and there’s not much actually happening. The bulk of the scares come from dream sequences, and the lack of explanation of the plague starts to feel like a crutch in the final movement. What, exactly, does it do? How does it progress? I’m fine with a little ambiguity in my horror, but I need the storyteller to know the rules even when his protagonists might not.

Maybe I’m too picky. Or maybe the genre is so strong right now that basic competence is no longer enough to make a film stand out. In any case, I came out of It Comes At Night thinking Shults could have had a sharper bite.