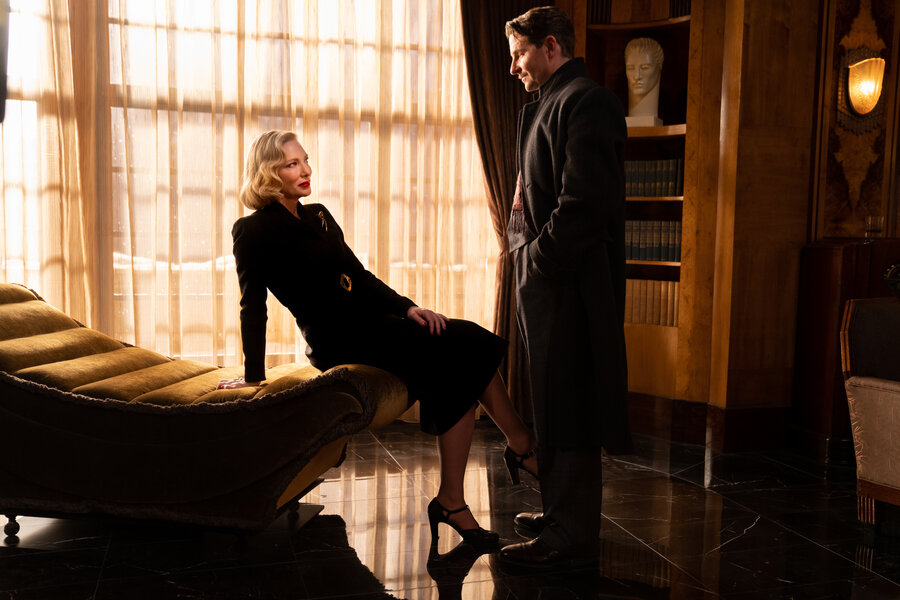 Guillermo del Toro’s Nightmare Alley is not for everyone. But in the right light, it’s a treasure.

I suppose one can say the same thing about del Toro’s last picture, The Shape Of Water, that Oscar-winning love story between a mute custodian and a creature from some South American lagoon. Not everyone was willing to go along with him on that one, but the Academy liked it just fine, and now del Toro has that rare blank-check moment to do whatever the hell he wants.

When he found himself in this position after his Lord Of The Rings trilogy conquered the world, Peter Jackson made King Kong, and that’s an instructive comparison: like that film, del Toro’s Nightmare Alley is a bigger, bolder telling of the original story that celebrates and expands upon every aspect of it.

Del Toro and co-writer Kim Morgan say their screenplay is based on William Lindsay Gresham’s 1946 novel, rather than the film Edmund Goulding made out of it a year later, but in practice their Nightmare Alley feels equally indebted to both. The bleak tale of Stanton Carlisle, a carny who reinvents himself as a high-society mentalist only to find his new world just as dangerous as the one he escaped, might have been spiffed up a little in this version, and del Toro opts for a more measured pace than the previous adaptation, but you can sense Goulding’s feverish vision rumbling underneath it.

Most of that comes through in Bradley Cooper’s performance as Stan – an empty suit who’s mastered the ability to project earnest interest long before we meet him. But as helpful as Stan may be, and as decent as he appears, there’s something inherently untrustworthy about him; he keeps finding himself in situations where bad things happen, and the bad things always seem to happen to other people.

Cooper’s ability to inhabit that contradiction is fascinating, and he does the best work of his career as this slippery, gimlet-eyed drifter. It struck me halfway through that Stan has an awful lot in common with Phil, the cheerful sociopath Cooper played in The Hangover; they’re both experts at avoiding responsibility while encouraging the worst in others. Stan’s just a better listener.

Indeed, his ability to ingratiate himself with strangers – and his willingness to do hard work for a pittance – lands him a gig as a carny, where he becomes a jack of all trades and fast friends with the carnival’s resident mentalist (Toni Collette) and her drunken partner (David Strathairn). Stan also takes a shine to Molly Cahill (Rooney Mara), a gentle soul with an electrocution act, and determines to give her the life he believes they both deserve.

Which leads him, eventually, to Buffalo – and into the orbit of Dr. Lilith Ritter (Cate Blanchett), a psychiatrist who offers to introduce him to the city’s power brokers. She has her reasons for doing so, but that’s okay; Stan has his, too.

It takes over an hour for Stan to get to Buffalo – much, much longer than it did for Tyrone Power’s Stanton to flee the carnival in Goulding’s film – and some members of my audience were tested by that span of time. I can’t deny that del Toro’s Nightmare Alley is a long movie – longer than its predecessor, and considerably slower to unfold – but the slow pace serves a dramatic purpose, following Stan along through a series of bad choices and worse responses, watching his world grow bigger and more constricting at the same time. The title alone is a warning that this won’t be an upbeat experience, as is a key speech delivered early on by a character with the best of intentions.

And all the while Stan merrily goes to hell, del Toro revels in the exquisitely manicured world he’s constructed for him, showcasing both his cast and his production team with every frame. Splendid and seamy, the film’s intentions keep slipping out of our grip even as its tone remains precisely controlled. To quote a slogan splashed across the circus geek’s tent, Nightmare Alley is neither man nor beast, but it understands perfectly well how one becomes the other.

It had me in its clutches all the way to the end.