Review: HBO’s Hacks will make you stand up and cheer 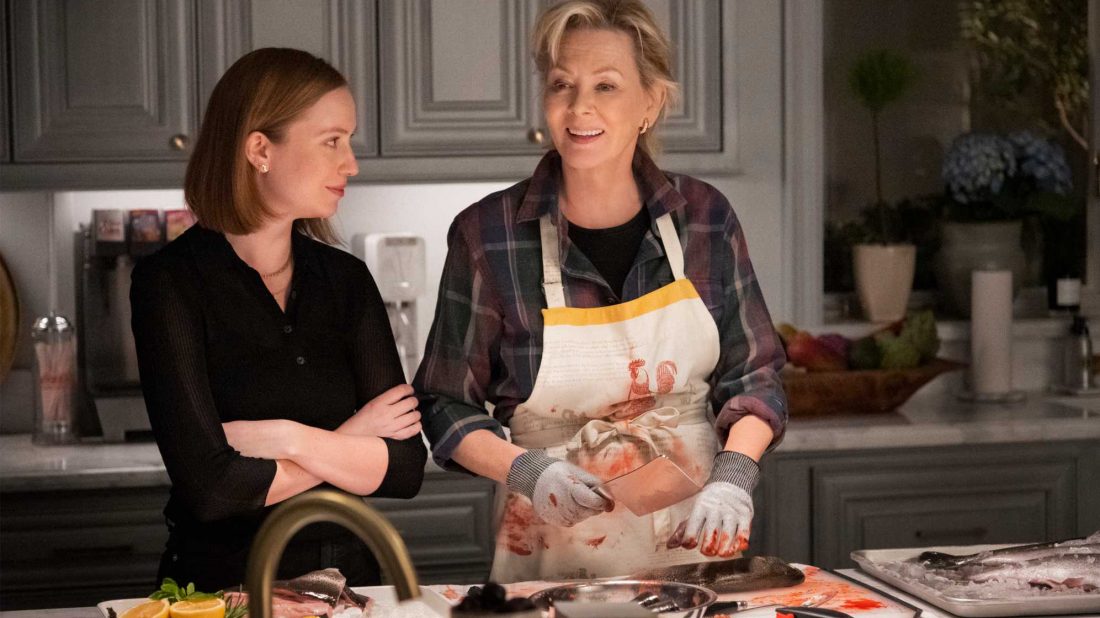 Jean Smart (right) and Hannah Einbinder get down and dirty in Hacks.

Of the dozens of things I’ve missed during the pandemic, near the top are live comedy and (don’t judge me) Las Vegas.

The brilliant HBO Max series Hacks, which finished its 10-episode first season last night, combines both these things in a glorious fashion. Veteran stand-up comic Deborah Vance (Jean Smart) is about to lose her long-running Las Vegas residency at the Palmetto, a fictional hotel and casino. To boost her career – and perhaps make her more relevant to younger audiences – her L.A. agent (co-creator Paul W. Downs) pairs her with Ava (Hannah Einbinder), a self-obsessed 25-year-old comedy writer who’s been cancelled after an edgy tweet and can no longer find work in Hollywood. (Warning: spoilers below.)

It’s an intriguing odd couple premise, illustrating generational differences about both life and comedy. Neither woman wants to work with the other. Deborah has always penned her own jokes and doesn’t think she can learn anything from someone she perceives as an entitled Gen Z’er. Ava, meanwhile, is initially contemptuous of a star she assumes has simply coasted on the same material for decades.

During the first couple of episodes, they grudgingly put up with each other, clinging to the familiar. Deborah, like the late Joan Rivers, takes any kind of paying gig – we see her hawking jewellery on QVC in the pilot – to maintain her luxurious lifestyle, which includes collecting items like $10,000 pepper shakers. Ava, who’s bisexual, obsesses over a recent breakup with a woman and misses everything about L.A.

Gradually the two start to respect each other. One of Ava’s tasks is to digitize Deborah’s archives, and she begins to get a sense of the woman’s achievements. We also start to see how their ambivalent relationships with their families – Deborah’s daughter, DJ (Kaitlin Olson), is a needy trainwreck with major issues, while Eva’s neurotic, insecure mom (Jane Adams) is coping with a husband who’s just had a stroke – feed into their comedy. And working together might be a way to deal with these unresolved issues.

The show runners – whose credits include Broad City, Nora From Queens and The Good Place – find an appealing tone that’s equal parts comedy and drama. A subplot about the women’s agent and his new assistant (viral comic Megan Stalter) feels almost like slapstick, but the way DJ is handled – particularly in Olson’s hair-trigger performance – verges on tragicomedy. In a mid-season episode in which Deborah gets plastic surgery, the procedure is approached as a fact of life, not something shameful. And as the series goes on, the women’s relationship grows deeper and more complex.

What’s so satisfying is how carefully crafted the show is. One of Ava’s early jokes about listening to a voice mail – a millennial’s worst fear – is echoed a few episodes later when she has to deal with a voice message. And a quick line about using a diva cup makes a surprise appearance in the penultimate episode.

Einbinder exudes a combination of vulnerability and defensiveness, and she delivers her oh-so-clever one-liners with an authentic air of self-mockery. Smart, meanwhile, is fully believable as an entertainer of a certain age who can spew venom one moment and then appear warm – but never cuddly. It tells you a lot about her that even though she’s got a full-time staff, but she’s not above replacing the carbon dioxide tank on her kitchen’s restaurant-grade fountain drink dispenser.

The series’ emotional high point comes in the ninth episode, when Deborah, doing an interview about a new act she’s worked on with Ava, reflects on her independence and the dangers of relying too much on others. Smart lets you see the bittersweet truth in this statement, the cost to Deborah’s personal life and the rewards to her career.

Although the final episode is devoted to Deborah’s new act, it was a brilliant decision not to show any of the jokes. The series has just been renewed, and much of the second season will presumably consist of Deborah and Ava on the road working on the act.