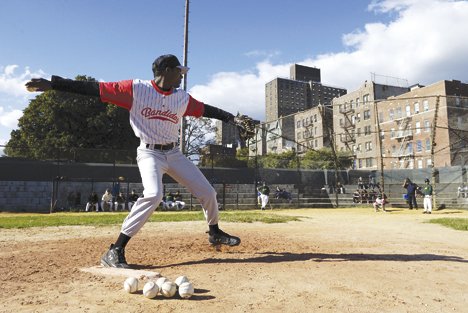 Anna Boden and Ryan Fleck, the makers of Half Nelson, return with another subtly observed drama about a character on the outskirts of mainstream America.

Nicknamed for his sweet tooth, Sugar (Algenis Perez Soto, making a terrific debut) is a hotshot Dominican pitcher who graduates from a local farm team to the minor leagues, which brings him to Iowa and a shot at the Show. But while he may have a wicked curve, he barely speaks English and can’t quite integrate into the community of well-meaning Christians.

If it sounds familiar, well, Boden and Fleck are packing a wicked curve as well. They snap it on us about three-quarters of the way into the movie, turning a fairly conventional baseball story into something much more interesting and relevant.

See an interview with directors here.