How did so many talented, funny people come up with such a crappy, unfunny movie? 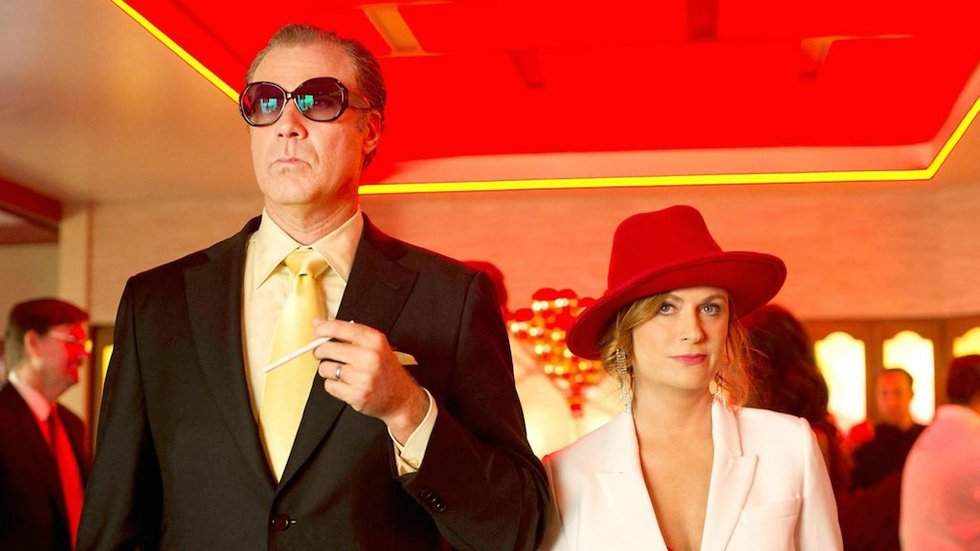 desperately looking for her agent|Papa (Octavia Spencer) and Mack Phillips (Sam Worthington) in THE SHACK.|"The hammer is my penis."

Will Ferrell and Amy Poehler crap out in The House.

You’d think that pairing SNL alums Will Ferrell and Amy Poehler in a story about illegal gambling would pay out in laughs. You’d be wrong.

The House is one of the worst, unfunniest movies of the year.

Ferrell and Poehler play Scott and Kate, two middle-class suburbanites who are about to send their daughter Alex (Ryan Simpkins) off to college.

But when town councillor Bob (Nick Kroll) announces there are no funds for a community scholarship Alex was set to win, the couple decide on another way to pay her tuition: they team up with their down-on-his-luck friend Frank (Jason Mantzoukas) to build an illegal casino in Frank’s basement.

Even going in with low expectations, The House is a dud. The script, by Brendan O’Brien and the film’s first-time director Andrew Jay Cohen, tells us that Scott and Kate are going through hard times – surely relatable – but find no way of illustrating this in a way that shows any idea of what real problems are like.

The characters are so poorly defined they couldn’t even fill a five-minute SNL sketch. Scott’s sole characteristic seems to be his ineptitude with numbers. Kate has even less going on. And the supporting cast – which includes Rory Scovel, Kyle Kinane, Michaela Watkins, Lennon Parham and Cedric Yarbrough – is a comedy lover’s dream, but they’re all wasted in groan-worthy gags.

Instead of a script, Cohen lavishes attention on the casino’s production design and the increasingly outlandish duds that Scott and Kate sport as they become successful casino operators.

The last reel appearance of an A-list star as a mob boss was the only unexpected element. And the outtakes reel is funnier than the film itself – which is never a good sign.