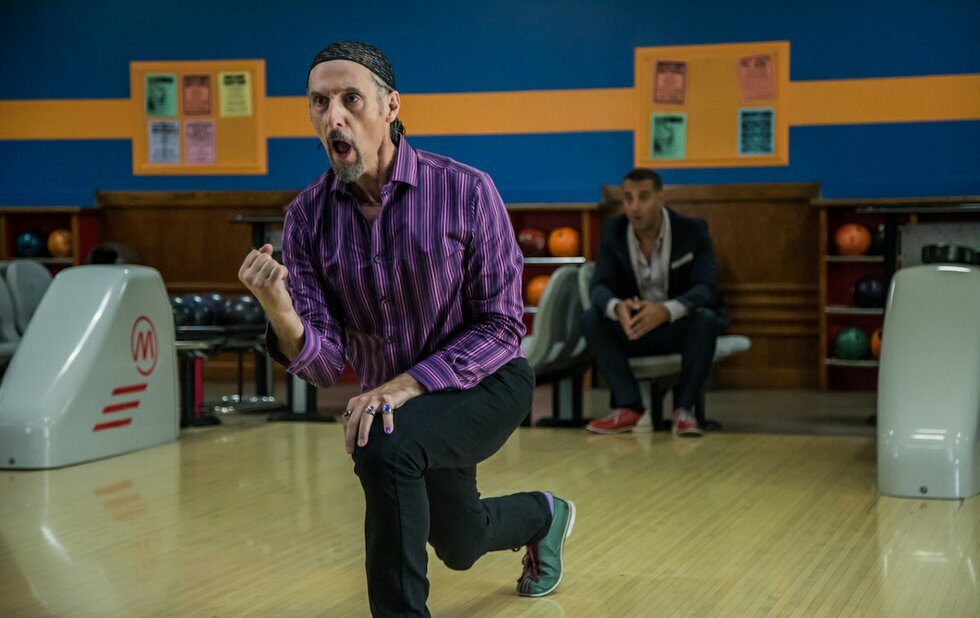 A few years ago, John Turturro made a sequel to The Big Lebowski. It ended up on a shelf for a while, surfacing at the Rome Film Festival last fall. And now it’s in theatres, and good god is it awful.

In fairness, The Jesus Rolls is more spinoff than sequel, extracting Turturro’s rogue bowler Jesus Quintana – nemesis to The Dude and his pals, alleged pedophile and unambiguous creep – from the 1991-era original and dropping the character into a remake of Bertrand Blier’s 1974 road movie Going Places.

Going Places was released a year after Robert Altman’s The Long Goodbye, on which The Big Lebowski riffs constantly, so maybe that’s why Turturro used it for his Jesus movie. I can’t think of a better reason I don’t know if you’ve seen Going Places lately, but it has not held up. Blier’s film is a crass, nihilistic mess in which two low-level thugs pick up a dim young woman and have sex with her a lot, then have sex with other people, all while committing various petty crimes in the name of freedom, man. Don’t bother with it.

Don’t bother with The Jesus Rolls, either. Written and directed by Turturro, evidently with the blessing of Lebowski creators Joel and Ethan Coen, it’s a vanity project that blights the resumés of everyone involved, though the fact that it has almost nothing to do with the original film means we can all pretend it never happened.

Set well after its predecessor, The Jesus Rolls finds Quintana released from prison and embarking on a series of adventures with his good friend Petey (Bobby Cannavale) and enthusiastic hairstylist Marie (Audrey Tautou), whom Jesus and Petey pick up when they steal her boss’s car. She has never had an orgasm. This is her defining trait as a character, which isn’t much – though it’s still more interesting than Petey’s, which is “gets shot in the ass and bleeds a lot.” This is not an especially deep film.

I suppose it’s a good thing that Turturro doesn’t try to replicate either the Coens’ distinctive visual sensibility or their mordant sense of humour. But he doesn’t offer anything else in return, settling for an episodic, ramshackle affair that lurches from one self-contained sequence to the next, wasting the appealing efforts of Cannavale and Tautou and a supporting cast of equally engaging character actors like Christopher Walken, Jon Hamm, Sonia Braga, Tim Blake Nelson, Susan Sarandon and Gloria Reuben. Pete Davidson is also there, for some reason.

Everyone is clearly happy to spend a day or two helping a pal realize his dream project. But then again, true pals would have asked Turturro why, exactly, he’d been dreaming of this.