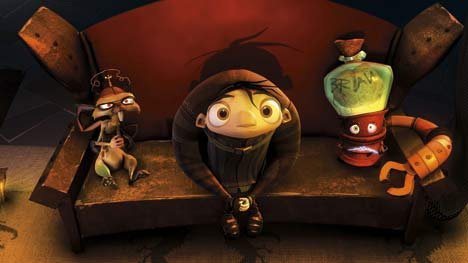 So Im thinking of growing a beard... a really shaggy beard.

If Joaquin Phoenix really is giving up acting, he picked a great project on which to bow out. Two Lovers features one of the finest performances of his career, guided by a director who’s always been able to steer him toward his best work.

James Gray worked with Phoenix in The Yards and the sorely underrated police drama We Own The Night. Two Lovers is something of a surprise for Gray – there are no guns, no mobsters and no fist fights, and all the violence is emotional. The intensity and the New York authenticity are the same, but the material is very different.

Two Lovers is a claustrophobic study of a troubled young man (Phoenix) who finds himself obsessed with an equally unstable neighbour (Gwyneth Paltrow) just as he meets a nice girl (Vinessa Shaw) who could turn his life around if he’d only stop ignoring her.

Paltrow and Shaw are both very good, but Phoenix is amazing. He’s absolutely nailed the puffy, nervous physicality of a man trying desperately not to look as though he spends every waking hour on powerful medication, and his performance is as soulful as it is awkward.

Gray has cited Dostoevsky’s White Nights as an inspiration, but the script also plays as a canny reversal of The Heartbreak Kid, and one that’s as dark, as socially relevant and as uncompromising in its psychology as Elaine May’s original film. Here’s hoping she sends him a thank-you card, written in Peter and Bobby Farrelly’s blood.