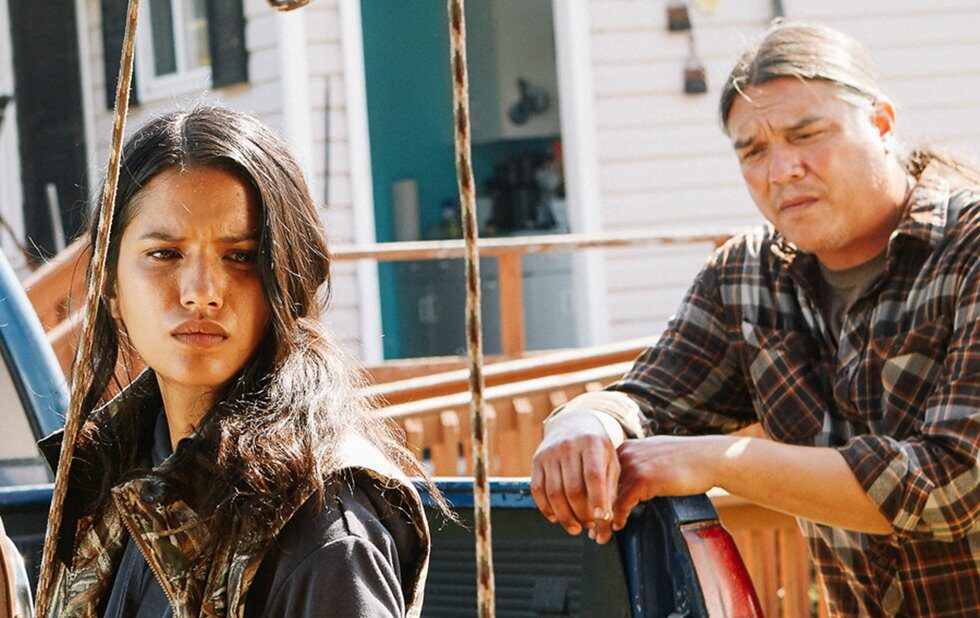 Through Black Spruce arrives at the height of the debate over who gets to tell Indigenous stories on film. I don’t believe McKellar’s film is condescending to, or exploitative of, its Indigenous characters, but neither is it strong enough to survive the storm that’s coming.

Based on the Giller Prize-winning novel by Joseph Boyden – whose own First Nation bona fides were challenged as the film went into production – Through Black Spruce stars Tanaya Beatty as a Cree woman who travels from James Bay to Toronto in search of her missing sister, while back at home her uncle Will (Brandon Oakes) is at odds with a local gang.

Barbara Samuels’s screenplay discards the book’s shifting perspectives for a linear take on the narrative, flattening out the drama and leaving McKellar struggling to find the story’s pulse. Beatty makes an impression, but she can’t bring the movie to life on her own.