TIFF review: Edge Of The Knife 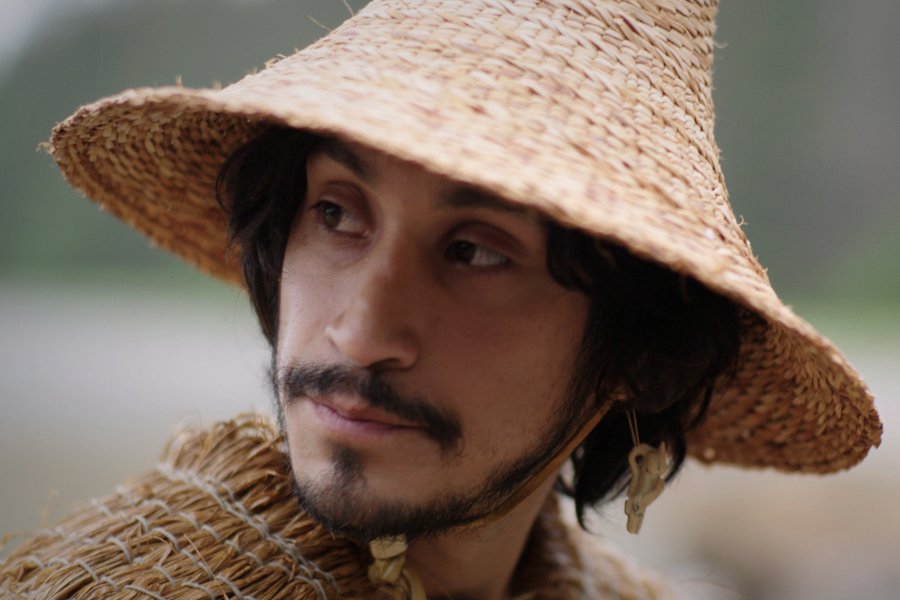 Edge Of The Knife

Edge Of The Knife, which closes the ImagineNative Film + Media Arts Festival, is the first film produced in the Haida language.

Tyler York delivers a performance that goes from restless and raw to tragic and ferocious as the Gaagiid, or Wildman, from Haida legend. His Adiits’ii retreats into the forest, guilt ridden over his responsibility in a tragic incident that takes a child’s life. He becomes the feral being that haunts his lands and community in this 19th-century tale.

York, along with his fellow cast mates and co-director Gwaai Edenshaw, is from B.C.’s Indigenous Haida Gwaii community. The film’s headlining feat is that it’s the first to be told in Haida dialects, languages that reportedly less than 20 people still speak fluently. The preservation act challenges the cast to wrap their tongues around words they don’t know. But their emotional performances overcome in a film stacked with stunning imagery, where the natural and mythical get tangled. Edge Of The Knife begins by mourning for a lost future. But in telling this story it finds hope yet.