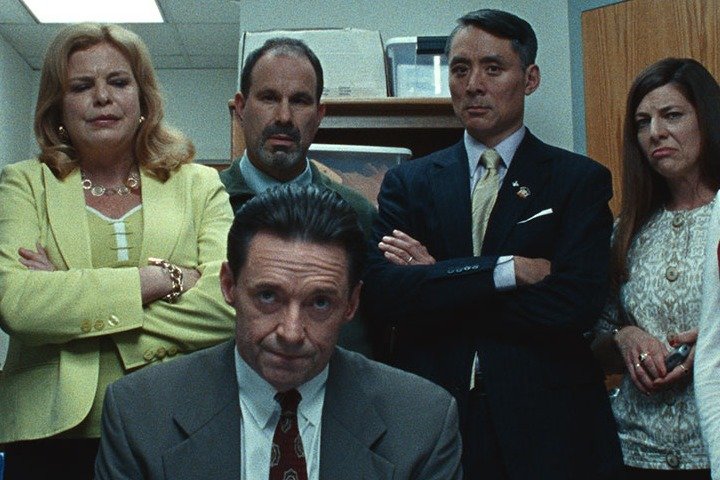 A year after playing Gary Hart as an affable moral void in The Front Runner, Hugh Jackman goes back to the well as Frank Tassone, a beloved Long Island school superintendent who was named in a massive embezzlement scandal in 2003. It’s a role he wears well, but Bad Education doesn’t give him anywhere to take it.

Following up his Sundance hit Thoroughbreds, director Finley swaps out that film’s suffocating aesthetic for a brighter, more commercial approach, and respects all of his characters, never encouraging the cast (which includes Allison Janney, Geraldine Viswanathan and Ray Romano) to go too broad or too big.

But screenwriter Mike Makowsky doesn’t have a perspective on the story he’s telling, which is kind of ironic given that he was a student at one of Tassone’s schools.