No-budget Midnight Madness closer from Uganda is technically a mess, but it's wild, broad and silly action movie fun 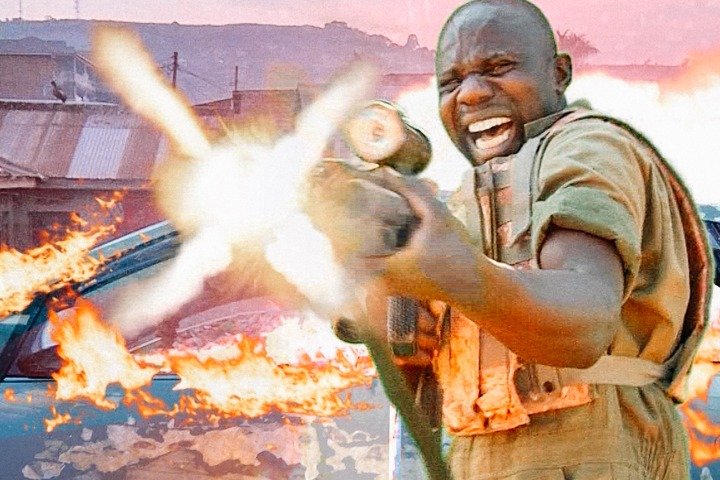 This year’s Midnight Madness program closes with an exuberant no-budget action epic from Wakaliwood writer/director/producer/cinematographer/editor Nabwana IGG. The evil Tiger Mafia makes the mistake of kidnapping a group of children known as the Waka Stars, who also happen to be kung-fu masters. As their parents cook up a strategy to get them back, the Waka Stars decide to rescue themselves. Mayhem ensues in every direction, although in fairness it was already ensuing anyway.

There’s really no point in approaching Crazy World critically. It’s wild and broad and silly, less a conventional movie experience than a celebration of the effect decades of action movies have had on the filmmaker and his cast. Shot on location in Kampala, with civilians wandering around in the background of every wide shot, it’s alive and aware in ways most mainstream movies simply aren’t – even if technically it’s also kind of a mess.

The TIFF screenings will be accompanied by a “live” audio commentary by VJ Emmie, which is the equivalent of watching the movie with a particularly happy friend sitting right next to you on the couch.