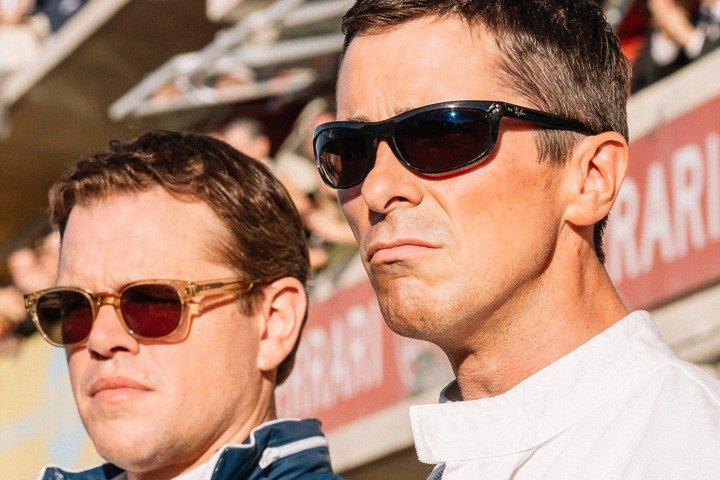 Ford V Ferrari aims to be a racetrack version of The Right Stuff, with its true story of driven men pushing themselves and their technology beyond all rational limits. The ambition is commendable, even if it never gets out of third gear – to say nothing of glimpsing the stratosphere.

Set in the mid-60s, the film isn’t really about Ford or Ferrari. Instead, Jason Keller and Jez and John-Henry Butterworth’s script zooms in on the relationship between racer-turned-designer Caroll Shelby (Matt Damon) and single-minded driver Ken Miles (Christian Bale) as they try to build a Le Mans-ready Mustang while negotiating the Ford Motor Company’s corporate power plays.

It’s a perfectly cromulent studio entertainment, I guess, but it’s not about anything. Mangold can usually find a frame or a subtext that sparks these things to life – think of Walk The Line’s intensity or 3:10 To Yuma’s fatalism – but here he seems content to just hit the marks and keep moving.

Bale’s accent work is starting to feel like a fetish, but Damon grounds Shelby in a watchful quiet that belies his tension. I don’t know when he decided to be the new Tommy Lee Jones, but it’s a good look for him.