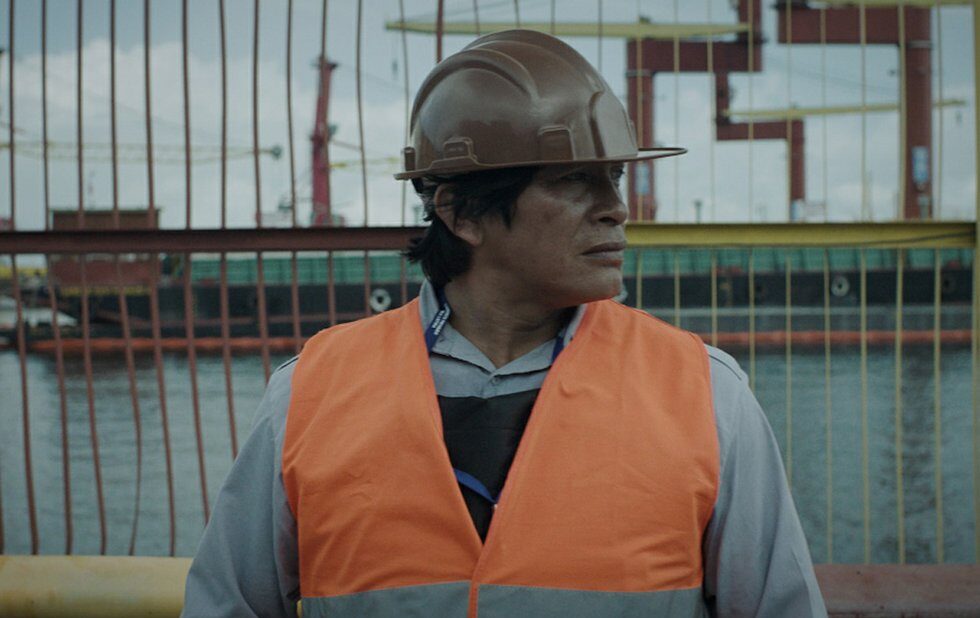 The Brazilian port city Manaus is continually in the news thanks to raging Amazon forest fires and shocking gang violence. Though we often think of migration as an international movement, first-time feature director Da-Rin examines displacement wrought by global industrialization from domestic and existential vantage points.

Justino (Regis Myrupu) is an Indigenous Desana man who works as a security guard in a shipping yard in Manaus, where he moved two decades earlier. After learning that his daughter Vanessa (Rosa Peixoto) is moving to Brasilia to study medicine, he’s overcome by a mysterious illness. At the same time, there are reports that a dangerous animal is on the loose, adding an air of suspense to what’s primarily a mood piece.

Emphasizing repetition, the banality of industry, intense sound design and darkness/shadow, Da-Rin gradually and effectively builds a creeping feeling that the rhythms of life are eating at ambivalent Justino from within. Themes of cultural and environmental erosion pointedly come across, but the conceit all hinges on Justino’s stoicism, which at times makes him seem like a blank canvas for the filmmaker.