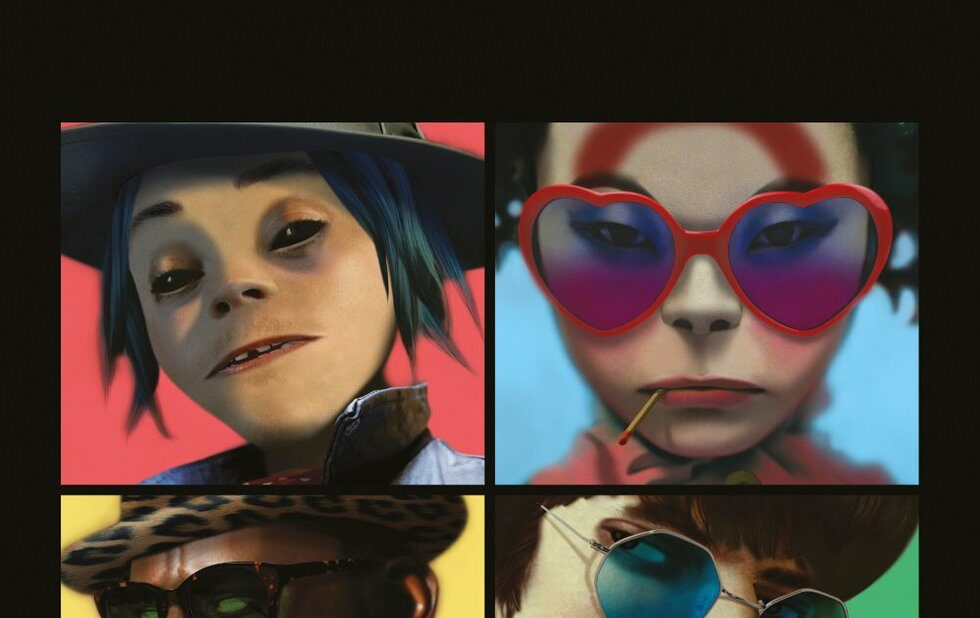 Musicians who become successful for a specific sound can quickly find themselves hemmed in by expectations. Damon Albarn has taken his guitar-led Britpop group Blur in flagrantly electronic and gospel directions over the years, but it’s with his Gorillaz project that he’s truly able to chuck the script out the window.

Initially a “cartoon band” collaboration with comic artist Jamie Hewlett, Gorillaz have since evolved into a pop free-for-all that frequently cedes lead vocal duties to some of music’s most distinctive voices – both new and not-so-new.

With 26 tracks, almost all heavy on guests, this feels more like a mixtape or playlist than an album. Albarn’s voice drifts in and out of euphoric melodies and whizzing, whirring beats, but he’s rarely the central focus, which, given the album’s dystopian concept and lyrics, is the most political thing about it. On the last Gorillaz tour, the group sidelined the cartoon shtick and shifted the spotlight to the guest stars – a move that played up a spirit of solidarity. Humanz builds on that collectivist feeling. It weaves together reggae, soul, hip-hop, house and pop as if to push back against the self-centeredness of American politics under President Trump.

Unfortunately, few songs truly stand out. Peven Everett’s effusive turn on Strobelite is the biggest pop moment, while De La Soul fronting the pounding Momentz gives the album some early momentum. The bright Submission is led by usually moody R&B auteur Kelela, who has great chemistry with rapper Danny Brown. (They’ve collaborated before.) A growling Grace Jones duets with Albarn on the dubbed-out Charger, a song that picks up where the club icon’s sinister Hurricane album left off.

Elsewhere, the collabs are cluttered and forgettable. Pusha T and Mavis Staples trade verses with Albarn on the unfocused Let Me Out, and dance music’s past and present collide on the flat and ridiculously titled (and not in a good way) Sex Murder Party, which feels way too low-key given it’s a team-up between Chicago House pioneer Jamie Principle and underground club star Zebra Katz. Jehnny Beth takes the hard-fought optimism of her band Savages’ last album in a plainly joyous direction on We Got The Power, a song as rote as its title.