Review: Revocation deftly mix death metal and H.P. Lovecraft on The Outer Ones

It’s fitting source material for the Boston band, who revel in the confrontation between man and the vastness of the universe 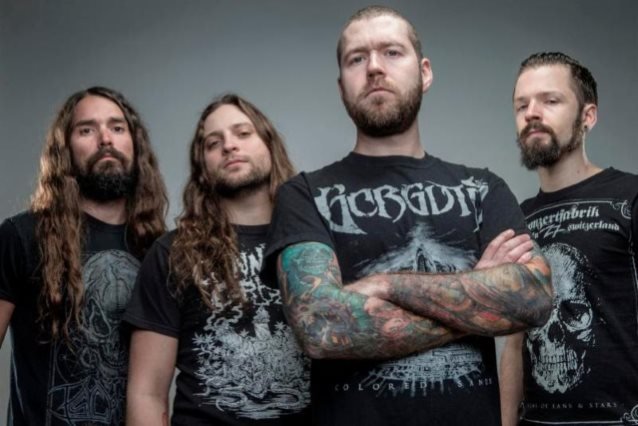 In his famous 1926 work of pulp fantasy, The Call Of Cthulhu, H.P. Lovecraft wrote “The most merciful thing in the world, I think, is the inability of the human mind to correlate all its contents.” His works often exploit that inability, pitting humans against the incomprehensible. It’s fitting source material for genre-defying metal band Revocation, who revel in that same confrontation between man and the vastness of the universe on their latest album, The Outer Ones.

Death metal rarely strays too far from horror or the occult, and Revocation are very aware of this history when they deftly use the pioneering and disturbing world of Lovecraft to frame their own uncanny compositions.

Lyrically, the songs are all loosely based on Lovecraftian works and themes. Musically, manifesting the sound of reality being shattered is no small task, but the Bostonian quartet is more than up for it.

Fourth track Fathomless Catacombs begins with a deliberate and hooky riff that unspools into knotty technicality when coupled with vocalist/guitarist David Davidson’s guttural growl. It’s an absolutely mean track about the perils of greed that has an economical death metal edge but also flirts with almost jazzy complexity. These stylistic juxtapositions and that openness to sonic expansiveness keeps the material fresh throughout – it’s constantly surprising how Revocation navigate those shifts without ever sounding jarring.

Rather than feel like an overwhelming onslaught, the band balance their progressive tendencies and weighty cosmic concepts with a strong sense of melody. There’s a lot going on, but the melodic guitar lines, especially in the form of solos (The Outer Ones, A Starless Darkness), provide ballast that allows the band to wade into even the most uncharted waters.