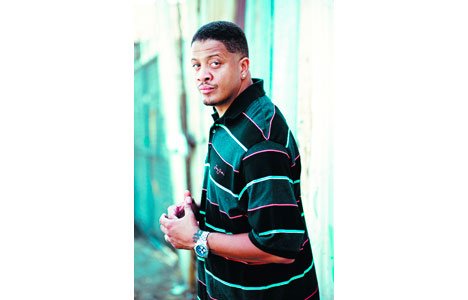 If not for his unmistakable baritone, it would be hard to recognize Chali 2na as the same MC that anchored Jurassic 5 for more than a decade.

On his long-delayed solo album, 2009’s Fish Outta Water (Decon), he expands beyond the backyard barbecue vibe of his now-defunct South Central-based group and into reggae, soul and club rap.

“I didn’t want to do an album that sounded like Jurassic 5 with just one person,” says Chali from his home in Los Angeles. “I couldn’t have pulled it off, let alone actually try it.”

Despite guest spots by Beenie Man, Talib Kweli and Damian and Stephen Marley, the album exhibits a personal side of the rapper rarely heard within his old group. Lyrics addressing marital troubles and the death of a close friend reflect the music’s grittier tone.

“I wanted to display the influences that made me who I am, and that went a little bit past the old-school sound. It’s still there, but I’m influenced by those ethics more than the actual sound itself.”

Considering his reverence for classic hip-hop culture, it’s only fitting that the MC will ascend the stage Friday as part of Hip-Hop Karaoke’s third anniversary.

Chali 2na discusses how the internet has changed the way artists can market their music and how it has encouraged a resurgence of mix tape culture in hip hop.