Backup musician to the stars finds his spot in the sun 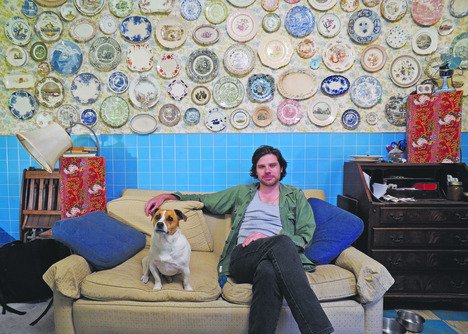 Afie Jurvanen, aka Bahamas, has Feist to thank for his current state of über-productivity.

In less than a year, the Finnish-Canadian alt-folkie birthed his debut solo album, Pink Strat (Nevado), wrote a forthcoming follow-up that’s already in the can and plans to record a third, possibly instrumental, effort in the coming months.

All of this followed two years of international touring as a guitarist and pianist for the 1234 hit-maker.

“When you’re a musician living in one place, generally you’re up to a few different things,” explains Jurvanen from his girlfriend’s place in Shelburne, the up-north middle-of-the-woods house where he and sound engineer Robbie Lackritz recorded his recent efforts. “Maybe you’re playing bass in someone’s band or going in to record for a day with your friends.

“But when I was on tour for that long a time, I really felt the lack. I missed my friends and my own music. It’s been good to get back to that, and now I’m kind of consumed by it. It’s almost like a backlog. After the first three or four albums, maybe I’ll take a break.”

The Barrie native and ace guitarist spent much of 2009’s latter half touring his debut, an album full of sparse, laid-back, lovesick/homesick tunes with a tropical vibe. Live, the Weakerthans’ Jason Tait adds drums and percussion.

“There’s tons of space when it’s just drums and guitar,” Jurvanen says. “Sometimes it’d be nice to have bass so I could do my noodles over top, but I find it’s like a safety mechanism that prevents me from going too far into the guitar-nerdery realm. It’s better if I just play G, C, D anyway. That’s really floating my boat these days.”

Besides recording and new releases, 2010 is bringing high-profile shows Jurvanen’s way. He’ll open for Wilco during a slew of Canadian East Coast winter dates, perform at SXSW in March and then tour his way through Canada as part of an all-star band featuring Arts & Crafters Jason Collett and his childhood Barrie buds Zeus.

“I’m playing a couple of gigs with her in February at the Olympics that I’m really looking forward to,” he says emphatically. “I’m such a fan of hers. It’s honestly one of the thrills of my life to play with her and her band. The tunes are so great. It’s effortless.

“I’m also kind of hoping to score some tickets to a hockey game.”

Afie Jurvanen reflects on his chosen band name and its connection to (I’d Go The) Whole Wide World by Wreckless Eric:

On recording his debut (and forthcoming summer album) in the country:

On his New Year’s resolutions: