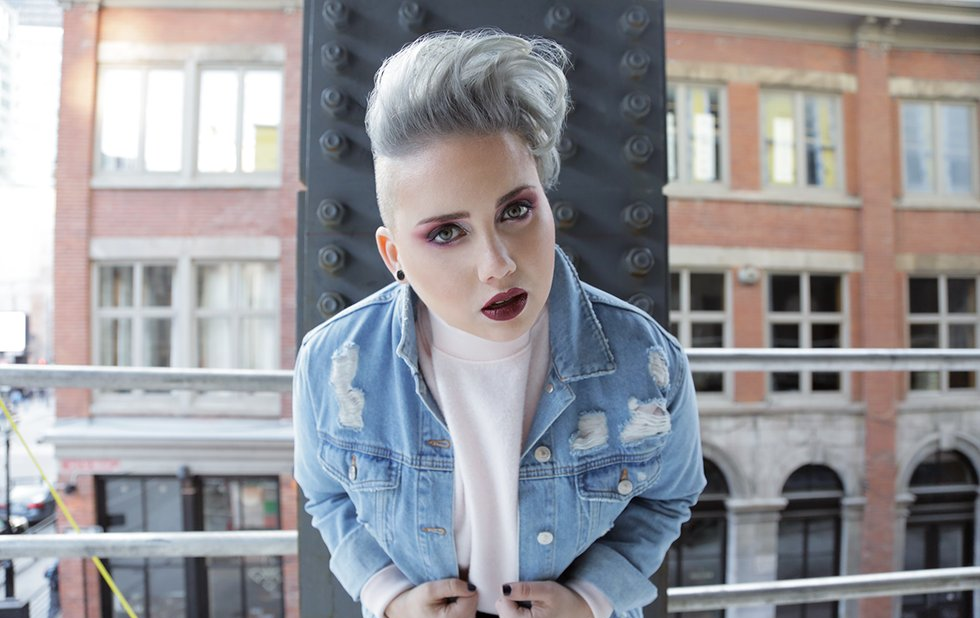 You’ve likely heard BAYLA’s explosive 2016 single Turn it Around on the radio – it sailed to number 24 on the Canadian Billboard Charts.

BAYLA hails from Montréal, Quebec, and identifies as a member of the LGBTQ+ community, garnering adoration at Pride events all over the country. Once told by doctors she’d never be able to sing due to a vocal chord dysfunction, she has since opened for Simple Plan, Lights, Bif Naked, and AaronCarter. Her experimental, upbeat style has caught the attention of critics and musicians alike.

BAYLA has just been named the Grand Prize Winner of the 2019 Canada’s Walk of Fame RBC Emerging Musician Program.Valued at $100,000, the program will bolster her rising career with industry connections and private recording opportunities at the critically-acclaimed Metalworks Studios.

The program was founded by Canada’s Walk of Fame, a national platform in its 21st year of celebrating the achievements of Canadians of all kinds: entertainers, entrepreneurs, philanthropists, athletes, and scientists.

BAYLA came out on top in a competition with more than 1,600 contestants representing a myriad of musical genres from Vancouver to Halifax. Second Prize Winner Shylo Sharity, and three finalists – Clay and Friends, Dave Sampson and The SunHarmonic – will perform with BAYLA as part of the RBC EmergingMusician Showcase at The Great Hall on November 7. This concert is free to attend and will be capped off with a special DJ set fromBrendan Canning of Toronto indie-rock heroes Broken SocialScene.

Shylo Sharity is from Vancouver, BC. Her first single Summer of You was released this July, and was accompanied with a countrywide radio tour. She’s already opened for the likes of Toby Keith and Wynonna Judd, proving she’s one to watch on the Canadian Country scene.

Also out of Montréal, Clay and Friends, a hip-hop group with eclectic soul and funk influence is notorious for their wild shows and rabid fans. They’ve performed for more than 1,000 Canadian and European audiences since 2015. Their 2019 EP, Conformopolis has been streamed more than four million times online.

Dave Sampson’s earnest sound – a blend of country and pop powered by his impressive vocals – has been winning the hearts of listeners in Canada and America. In 2016, his song No Pressure no Diamonds was picked up by Canadian hip-hop legendClassified. The song featured Snoop Dogg and went Gold on theBillboard charts. His new single Gets Me Through the Night debuted on September 24.

Kaleb Hikele unveiled The Sun Harmonic in 2009, a creative project that originally began as a solo venture and has matured into a substantial musical exploration. Hikele spent eight years on his 2017 album, Winter, an impressive body of music that includes jazz, folk, rock, and classical sounds. He’s known for his live shows, which have featured both opera singers and a chamber string orchestra. The Sun Harmonic is currently touring Ontario.