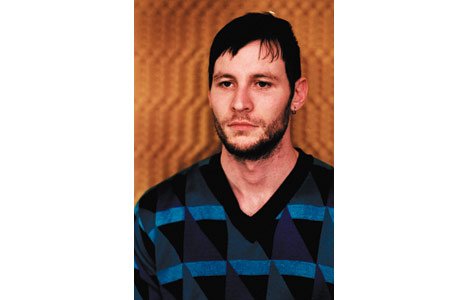 Last time we talked to Egyptrixx (aka David Psutka), we were tipping him in last year’s Future Sound Of Toronto cover story as one of the local up-and-coming dance music producers to watch.

Combining dubstep, house, techno and booty, he’d already developed a sound all his own. Since then, he’s put out a shitload of singles and struggles to find time for us in the midst of his second European tour.

“European gigs are usually great,” Psutka says as he prepares to sound-check in Manchester. “I think clubgoers here are a bit more tolerant and receptive to something different.

“Having said that, my all-time favourite gig was my live PA debut at Wrongbar a few weeks back.”

That debut marked a new chapter in his career – he’s given up DJing in favour of reworking and remixing original material on the fly. It’s a performance method still in development, but already he finds it more exciting than simply mixing other people’s records.

“That was always the intention from the beginning. I have no real background as a DJ or commitment to it.”

Psutka got into electronic music after becoming frustrated with the band grind. He’d played pretty much every instrument, but found more freedom alone with his machines.

“I got sick of the logistics and personality politics,” Psutka says. “Club music was more independent, and I liked the energy. It’s more participatory and democratic, like a collective endeavour, you know? You can’t have a great party unless the crowd is on board, but I wouldn’t necessarily say the same thing about a traditional live music performance.”

He may find the world of electronic music more stimulating, but Psutka still feels many don’t take enough chances. Of the producers we talked to for The Future Sound Of Toronto, he was the most vocal about the local scene’s conservative tendencies. So have things changed?

“I don’t know,” Psutka says. “I guess that was a cynical comment. I just don’t understand why people don’t take more risks with bedroom electronic stuff. Very little money is being invested, so it’s not like there’s a lot at stake.

“To me, that should create room to do whatever you want and be experimental. Why lock yourself in your home studio to be generic?”