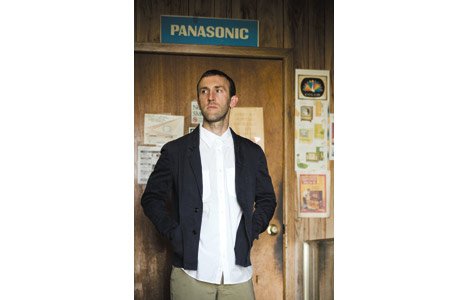 If consistency is the key to success, someone should inform RJD2.

“I don’t ever want to make the same record twice,” says the producer-turned-songwriter from his home in Philadelphia. “That concept doesn’t interest me at all.”

His 2002 debut album, Deadringer, was a tour de force of instrumental hip-hop, but by his third, he’d abandoned this sample-based approach for an entirely organic one.

Though many chalked it up to artistic evolution, according to RJD2 (born Ramble John Krohn) the move was equally informed by circumstances.

“The reason I was able to be so whimsical and fancy-free with the samples on Deadringer was because I was a nobody at the time. No one was on my ass about it because I wasn’t on anybody’s radar.”

He’s found middle ground on his latest album, The Colossus (RJ’s Electrical Connections), by offering a mix of samples and “real” instrumentation. Live, he adopts a similar hybrid approach, alternating between solo DJ sets and a full band.

“It follows the intent I’ve always had on record,” Krohn explains, “which is to cram as much information as possible into the shortest time frame.

“I finally feel like this is a real performance, something I can really be proud of.”