Can a Spadina Walk of Fame boost Toronto’s music scene?

City council is going the commemorative plaque route, while New York City is giving thousands of hours of free rehearsal space and more to its musicians 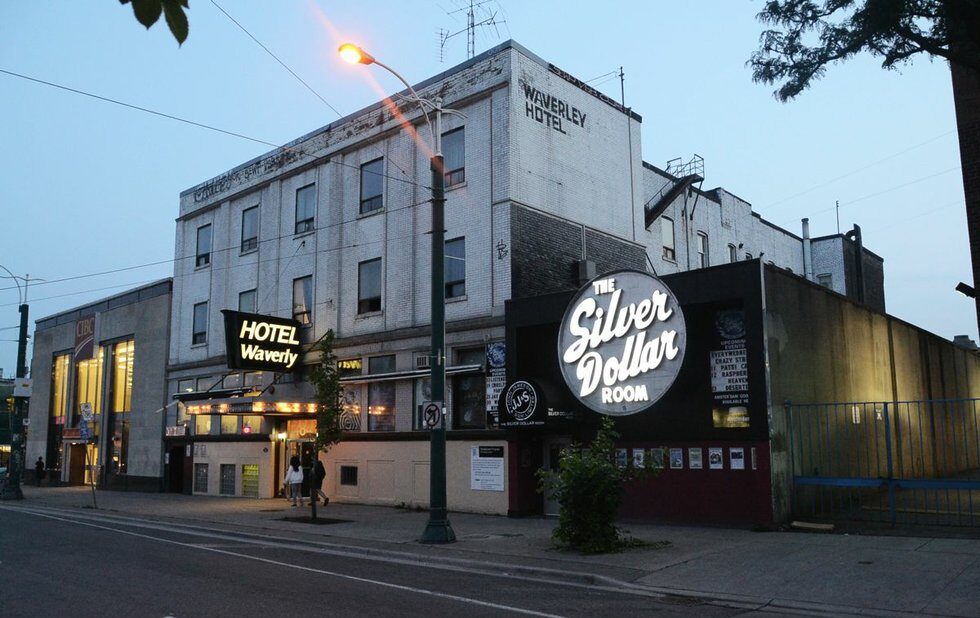 Toronto might be getting a public art installation celebrating its music history.

On May 24, city council passed councillor Joe Cressy’s motion to investigate the establishment of a Spadina Rock Walk. A team of city staff would plan the design and decide which historic bands and performances to commemorate.

Reached by phone, he says the installations will be embedded into the streetscape and have a musical flavour. No word yet on how many there will be or who’s getting one – the walk wouldn’t start rolling out till late 2018.

“We have approved the idea,” Cressy says, “and we have formally directed staff of the city to start working on it.”

The Spadina Rock Walk was initiated by Cressy and Michael Wekerle, the Dragons’ Den investor who now owns the El Mocambo, to honour the musicians who’ve performed along the historic corridor of venues including the Silver Dollar, Grossman’s Tavern, the Rivoli and the Horseshoe.

While Cressy acknowledges celebrating Toronto’s music history is important, he says the city can do more to help the music scene.

“It’s not one or the other. You can celebrate the past while also ensuring live music has a future,” he says. “Live music is living history, and so work to ensure we are a music-friendly city is paramount.”

For Cressy, that means the city should continue to restrict the demolition of venues like the Silver Dollar. Cressy helped it get heritage status so that the developer will be required to ensure its return in some form. He says the city can also reduce red tape to make it easier for music venues to succeed, like establishing street-level load-in times so bands don’t get parking tickets while loading and unloading gear.

These municipal gestures are welcome at a time when Toronto has seen a spate of venue closures, but a look at music-supporting initiatives taken by other cities shows more could be done. Faced with similar concerns over rising costs of living and venue closures, New York City declared June its first-ever Music Month.

The Mayor’s Office of Media and Entertainment is making 2,200 hours of rehearsal space available free to musicians, plus career workshops, 50 hours of recording time and marketing of gigs. It also hosted a music industry conference and a music workshop series for LGBTQ+ youth, jazz workshops for children in underserved communities, music history walking tours and a free concert series.

“We know musicians are the heart of our music ecosystem, but we also know it can be challenging to be an artist here,” Julie Menin, Commissioner of the NYC Mayor’s Office of Media and Entertainment says via email. “New York Music Month, and all the work we’re doing to support the [music] industry, is a paradigm shift. The industry is a key cultural and economic driver. We think that deserves to be celebrated.”

Chris Skinner, president of the Rehearsal Factory, the GTA’s largest rehearsal facility, accepts that as a challenge for Toronto.

“I’d like to discuss the possibility with the city,” Skinner says about the free rehearsal idea. “I put our music scene against any in the world. With the city backing the scene, it would increase tourism and create a domino effect for all other industries.”

Local musicians also have ideas on how the city could offer effective support.

“Instead of shutting down, or threatening to shut down DIY spaces for vague and minuscule reasons, please help these spaces continue to operate safely,” says Dilly Dally’s Katie Monks. “Help provide access to or protect affordable living spaces, studios, and, most importantly, practice spaces for musicians to work on their craft as much as they need to in order to achieve their career or mental health goals.”

“It would be awesome if the city would subsidize part of the guarantees bands get paid in order to ensure that neither bands, bars or promoters are constantly paying out of pocket,” offers Beliefs’ Jesse Crowe. “This would allow everyone to take more chances on new bands. Also: more all-ages shows to create the next generation of music listeners and allow them to engage with their local scene.”

“Apart from careful planning and tackling gentrification, the city could offer musicians a first-come, first-served permit to organize shows in high-traffic areas, like Yonge-Dundas Square or some of the parks,” says Honey Beard’s Tom Bell and Gary J. Conlon in an email. “This would diversify the music we hear in public.

“And allocating prominent advertising dedicated to music venues with some subsidization would go a long way in informing the public what Toronto has to offer.”