Why Deliluh are sticking to unconventional venues 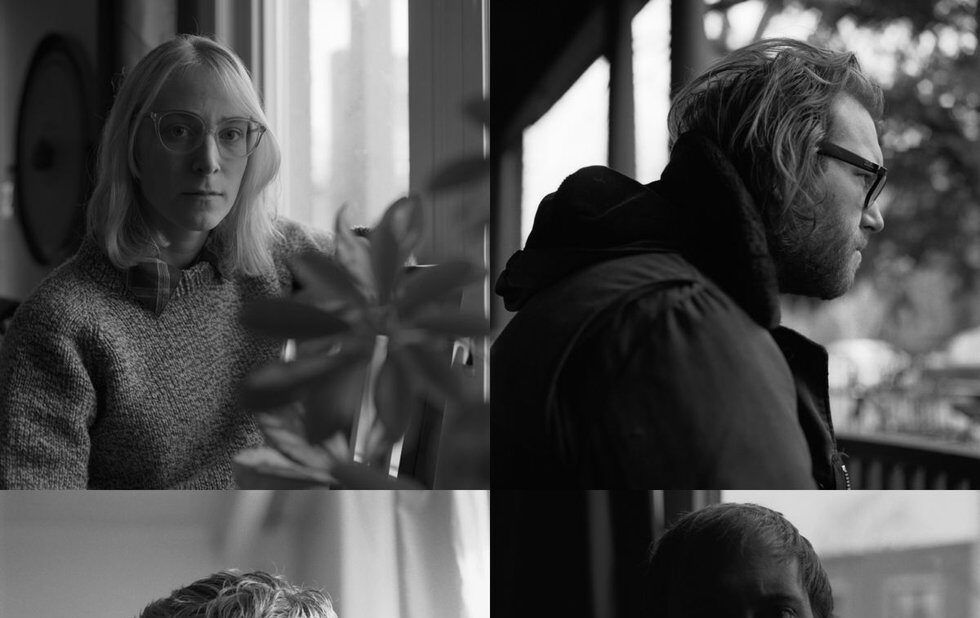 It’s impossible to talk about Deliluh without talking about the spaces they play in.

A new short documentary called Somewhere Else offers a behind-the-scenes look at the recording of the local art rock band’s latest EP, Oath Of Intent (out May 3 on Telephone Explosion), while highlighting the importance that unconventional venues play in the band’s creative process.

“This project has never gone into a professional studio. We’ve always recorded stuff by just working within our means,” bandleader Kyle Knapp explains on a bright April morning in a west end café.

As they put down tracks over two days in July of 2018 at veterans’ hall/music venue Owls Club, they were followed by co-directors Colin Medley and Maria Todorov-Topouzov, who used original photography along with footage Knapp and others had taken to showcase the DIY ethic that fuels and excites the band creatively.

From shows at Somewhere Else – Knapp and synth player Julius Pedersen’s apartment-turned-venue (and namesake of the doc) – to audacious one-offs like last year’s memorable show in Lower Bay Station, Deliluh have been integral in redefining where it’s acceptable for bands to perform at a time when venues are disappearing.

“[Playing in unconventional spaces] offers more flexibility toward your expectations of the song,” drummer and violinist Erika Wharton-Shukster says. “As someone who comes from a perfectionist background, it’s definitely freeing in that way. It’s like a different song every time.”

While previous releases were recorded piecemeal by Knapp and whoever was available, Oath Of Intent features a consistent quartet of musicians, which makes it more of a proper band than one person’s recording project.

“Everyone here has a maturity after being in other bands for a while, so we don’t just shoot down ideas,” bassist Jude adds. “You might not like the idea but you offer to at least try it first. I think that’s really healthy.”

Pedersen says they’ve developed such a closeness and ability to communicate ideas that they can plan songs on a smoke break and execute them just as quickly – which is how the songs Factory Line and Freeloader Feast came about.

Their relationship with Owls Club, meanwhile, has developed over time. Knapp works as an intermediary between the music community and the hall staff. He posted how-to instructions on his Raw Materials website over a year ago for anyone interested in booking the space. He even threw a fundraising show so the venue could fix its roof last year. And the band rehearses and records in the space when it’s not being used.

But that relationship has recently been tested. At a show on April 5, a concertgoer tagged the women’s washroom with anti-military graffiti. The show was cut short and according to various accounts, venue security were brash in their handling of the issue. Knapp posted that he and the band would not be organizing any events there until the standards of safety changed.

Though the band wasn’t performing or even present that night, Knapp feels a sense of responsibility. He says he opened up his apartment once again for a community discussion on next steps, but no one showed up. “Whether it works out or not it’s up to Owls Club, but it’s also up to us to actually have those conversations,” he says.

Wayne Morrison, president of Owls Club, emailed a statement to NOW: “I’m anti-war, anti-military and have been my whole life,” he says. “I don’t like the connections made between us and the military. I do support our community and veterans who’ve had to live through different unfortunate experiences. Many of our members have mental and physical disabilities, and that’s all I believe I’m supporting.”

Knapp is working with Morrison and staff to refine the safety guidelines for the space to ensure more issues don’t arise while putting more control in the hands of promoters running events.

“You learn through these experiences,” he says. “You don’t know what you’re necessarily getting into right away.”