Duke Redbird, on the Native North America album and gathering

“I feel humble in the immensity of it all, that these songs still resonate 40, 50 years later.” 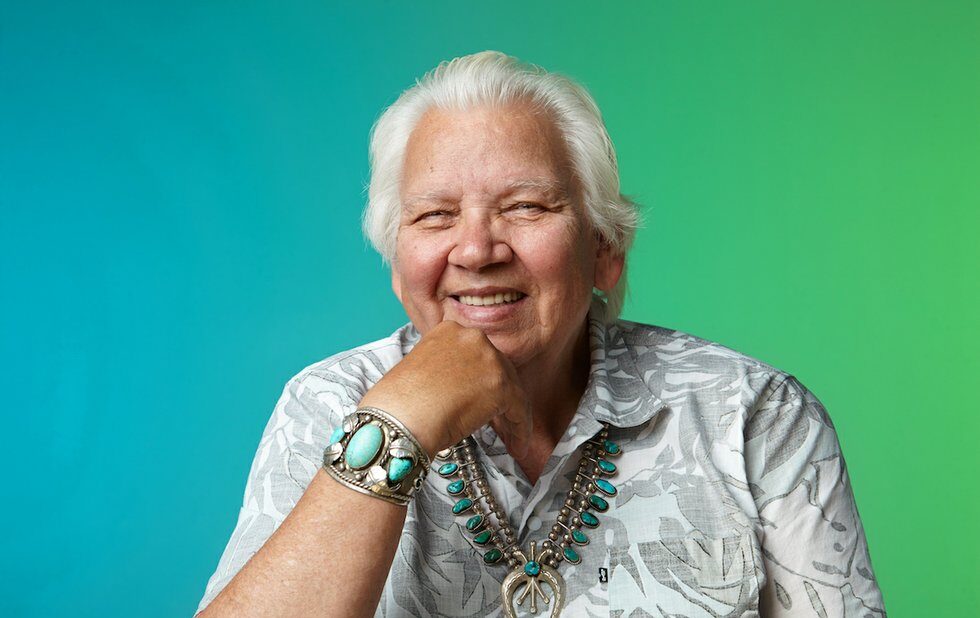 When Kevin “Sipreano” Howes first called Dr. Duke Redbird in 2011, Redbird was at his lakeside house in Greater Madawaska, Ontario. Howes wanted to know about a four-song record Redbird had written with Métis­ songwriter Shingoose in 1975, which made Redbird wonder if he was talking to “a serious person.”

There are lots of reasons why a curator or collector might inquire about his work.

Since the 60s, the Anishinaabe Elder and wisdom keeper has done a little bit of everything, from poetry to painting, acting to journalism, education to farming. He’s played with Joni Mitchell and Bruce Cockburn, curated at Expo 67 and had his words recited to the Queen. If not always acknowledged, he’s been an important figure in Canadian arts and culture for the better part of a century.

But the phone call from Howes was the first time in decades anyone had asked him about his record with Shingoose.

“Honestly, I didn’t think anyone would care,” he says from his apartment in Toronto, “because my experience was that nobody cared at the time when we were out playing festivals and travelling from place to place, and so I didn’t either.”

He pulls a Native Country 7-inch down from his shelf. “I’ve got two [copies]. And I’ve never seen any others.”

Initially wary, Redbird eventually relented and sent the record to Howes, and now his and Shingoose’s hypnotic folk song Silver River appears on the 2014 Light in the Attic compilation Native North America Vol. 1, which has earned widespread critical adulation and a Grammy nomination for best historical album.

On August 8, Redbird will open the Native North America Gathering at Trinity-St. Paul’s Centre with other musicians from the compilation album, many of whom he’d played with at festivals like Mariposa in the 60s and 70s. It’s Redbird’s second reunion with them after Winnipeg Folk Festival last year, where he was finally convinced that people do, in fact, care.

“The grounds were full. I saw a lot of my own generation out there but also a lot of young people, all very enthusiastic and focused on the words and the messages we were putting out,” he says. “I felt humble in the immensity of it all, that these songs would still resonate 40, 50 years later.”

At 78, Redbird, now Toronto-based, is having some of the most fruitful years of his career, both as a poet and as an education consultant. He recently received an honourary degree from OCAD, where he helped build the Indigenous Visual Culture program. He’s also been working to indigenize public education in Canada. Thanks to his advocacy, an Indigenous land acknowledgement now precedes the singing of O Canada at all 588 schools across the Toronto District School Board.

“The children did it,” he says, acknowledging the way this generation of activists has embraced Indigenous causes. “The only trouble is they’re not the ones making the decisions. When they grow up and become the legislators, then maybe things might start changing.”

Decrying the high suicide rate in rural First Nations communities and the federal government’s botched inquiry into missing and murdered Indigenous women and girls, Redbird is skeptical of the intentions behind the new non-Indigenous interest in Indigenous music. “Maybe the music industry realizes it can make more money if it engages with us rather than marginalizes us.”

Still, he’s inspired by the next wave of artists and activists, and isn’t surprised that people are still connecting to his poetry, which he says applies a timeless Indigenous lens to universal themes. Without prompting, he breaks into a pitch-perfect recitation of his classic poem The Beaver, which repositions the Canadian totem’s common representation of progress and industry into an insidious symbol of settler colonialism.

“We’re operating from a place of compassion and kindness, and we have so much to share if you’re open,” Redbird says. “In Indigenous communities, traditionally life was about a journey that tipped you from an insignificant little dot when you start out to an empty carcass when you’re burst into eternity. And on that journey, the information platform is Mother Earth. All the information you need to know about how to live a good life is all there.

“But the two things we didn’t have, which were introduced by the settlers, were money and power. We operated strictly on self-preservation and romance, which includes the arts, family, education.

“It was a pretty good life.”