The Metric singer has returned to her Soft Skeleton project after more than a decade, and now she has some advice to the next generation of female musicians 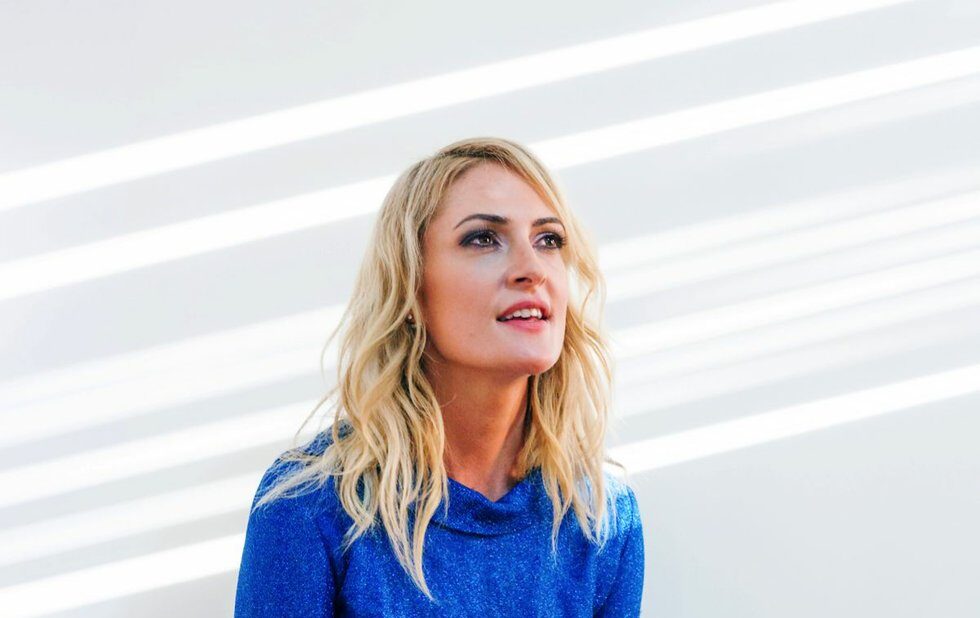 Time has a funny way of messing with your mind.

Over a decade later, she’s back with an equally raw, contemplative record of solo material with her Soft Skeleton comrades. Much has changed in that time – both in her own life and the music industry – but Choir Of The Mind (Last Gang/eOne) feels like Haines is simply picking up the intimate conversation she began with listeners on Knives all those years ago.

“It’s funny because a lot of the ideas that run through the album are looking at memory,” Haines says during a break from recording Metric’s new album at the band’s Giant Studios in Toronto’s west end, her new puppy yipping in the background. “All these years of touring and travelling and living in different cities, whenever I came back home, I felt like I was haunted by this minefield of memories everywhere I looked.

“But [by] coming home and staying in one place, I was able to access all of those levels [of memory], almost like rings in a tree, or sediment,” she muses. “It was a pretty major shift in my perception that happened in the making of this record.”

That reflection upon returning to the city where she grew up and cultivated deep roots in the local music scene (her now-rare first solo effort, the self-released Cut In Half And Also Double, came out more than 20 years ago) with Metric and as a member of Broken Social Scene inspired the introspective tunes on Choir, which Haines self-produced for the first time.

The songs reflect a fertile creative period for Haines. As a woman in her 40s who’s been squarely in the spotlight for nearly half her lifetime, she’s buoyed by new artistic challenges (she recently co-produced The Beaches’ debut album with Metric bandmate Jimmy Shaw and developed a fragrance with Seattle perfumery House of Matriarch) and isn’t afraid to tackle tough realities head-on.

Spotlighting Haines’s ghostly layered vocals and minimalist piano melodies, Choir serves as an uncannily timely soundtrack for the current era, thanks to its poetic explorations of femininity, power and self-examination.

“I think we’re discovering more and more that there’s a spectrum of what femininity and masculinity are, and the way it’s been attached to gender is also kind of in play at the moment,” Haines says. “But on a practical level, [my advice] would just be: learn skills outside of your craft. If you want to be a beautiful singer, that’s amazing, but learn everything about your business. Learn everything about how the industry works.

“Because no matter what your gender, the entertainment industry is built with the artist at the bottom,” she notes. “And I don’t know that that’s ever going to change.”

Long before the music industry was upended, Haines was taking ownership over her career and work, both solo and with Metric – the band’s success allowed them to buy back the rights to their music and start their own label, Metric Music International. But while she’s glad to still be making meaningful music, neither endeavour comes easy despite her success.

“I think a lot of times people just see, ‘Oh, Metric’s headlining the ACC – must be nice.’ I don’t know that there’s any sense of how much continuous work it takes to get to that place,” she explains. “It’s a fight – and it’s worth it. But with my solo stuff, no one’s depending on me other than the handful of listeners who care. This is very much just an art project that I can do without any consideration for anything other than the songs and the listeners.”

While Haines’s hoodie-sporting solo persona might seem far removed from the leather-and-sequins rock star of Metric, for her, the two projects are two sides of the same coin. With Shaw and BSS bandmates Justin Peroff and Sam Goldberg in tow, she’ll bring that quieter solo vibe to Massey Hall as part of a short North American tour meant to showcase Choir’s deeply personal mood.

“In delving into the dark corners, my goal is not to ask people to join me in this bleak, horrible, sad place at all – it’s more about finding the universality in that and exposing the weakest parts in myself and bringing them to light,” Haines says.

“Ultimately that’s the function of music – it’s to make ourselves more honest, less masked and more connected, and realize that we have way more unifying us than dividing us.”