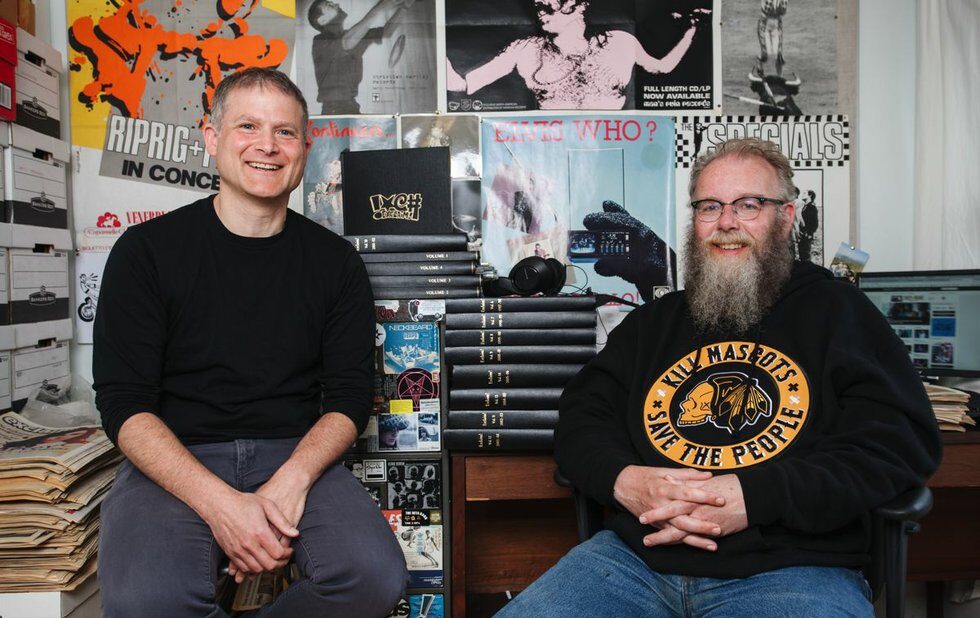 In 1992, Exclaim! published its first issue, a black-and-white zine with a grainy photo of Don Kerr on the cover. It was distributed for free across Toronto at places like the Horseshoe, where dozens of other zines were displayed in the front corridor.

Publisher Ian Danzig and founding editor Ron Anicich, who met as radio programmers at Ryerson’s CKLN-FM, launched it with a single goal: to publish a monthly magazine about the music they love. They covered everything from indie rock to hip-hop, electronic and metal with equal zest – dubbing Exclaim! a musical “omnivore.”

As those other zines eventually disappeared and mainstream music publications shuttered, Exclaim! evolved into Canada’s pre-eminent music magazine. In celebration of its 25th anniversary, Exclaim! is honouring the legacy of another Toronto institution: Change of Heart, who are re-releasing debut album Smile – also turning 25 this year – at an Exclaim-hosted party at the Horseshoe on July 22.

We sat down with Danzig and James Keast, editor-in-chief since 1995, to talk surviving print journalism’s death knell, favourite CanCon celebrity stories and the aftermath of giving a beloved musician’s album a not great review.

When you first started Exclaim!, what kind of music did you cover? Was it focused on a specific genre?

Danzig: It was the music we liked, as simple as that. The mandate at CKLN, where Ron and I met, was to provide exposure to under-heard voices. That rubbed off on us. Exclaim! wasn’t about promoting stuff everyone knew about it was about the music we were excited about and thought people needed to know about.

Keast: Looking back now, it’s pretty remarkable just how diverse the magazine was early on. In the second issue, there was a big two-page spread on women rappers. I think there’s this assumption that Exclaim! is a rock magazine, but it isn’t really and never has been. It felt to me that we evolved and expanded the diversity of coverage, but it’s actually embedded in its DNA.

There’s no denying that the print media landscape is bleak. What are the benefits of having a tangible magazine rather than only being online?

Keast: Print is the new vinyl. From a music consumer standpoint, there is literally no reason for vinyl to be experiencing this resurgence in popularity. It’s not more convenient or cheaper. And yet vinyl sales are growing. Print is similar. The physical act of turning the pages of a magazine is the equivalent of sitting down with an album and looking at the artwork, reading the liner notes. There’s some appeal to the physicality of it.

I think part of the reason people love buying vinyl is because they like collecting these physical things. Do you know anyone who collects Exclaim!?

Danzig: Absolutely. Now with our 25th anniversary, people have been emailing us about their collection. We got a letter the other day from someone in Woodstock, Ontario, who collects past issues. They sent us a cheque for $50 and said, “This isn’t for anything. It’s just to say thank you. Exclaim! provided me a lifeline growing up. I was looking through my copies, and it made me think I should give back in some way.” I thought that was the sweetest thing. Looking back, I wish I’d saved every issue.

You don’t have copies of them all?

Danzig: There are a few that are rare, like issue two. The cover wasn’t of a musician, but of a collage illustration by a visual artist. I think there are two copies that we know of.

What kind of conversations do you have when deciding who should go on the cover?

Keast: When Exclaim! first [came out], I defined us as the alternative to the mainstream music magazine, like a reaction to Rolling Stone. Over the course of 25 years, there are fewer and fewer outlets that are generalists in the way we are. Now that we are more alone, there’s less of a mainstream music press to play against, so we’ve moved to fill that gap to some extent. For covers, we’ll do much more populist, well-known artists than we might have when there were a dozen other magazines putting Migos on the cover.

Do you ever miss putting more obscure artists on the cover?

Danzig: Absolutely. When there were a ton of print publications covering music, it made us stand out that we gave exposure to artists a lot of people didn’t know about. In 2004 when we put Arcade Fire on the cover, they were playing at noon at the Olympic Island Festival, the first of 12 bands. In the current climate, we wouldn’t have made that choice.

What kind of stories do really well? What gets people talking on social media or writing in?

Keast: Anything critical about a beloved artist. We gave a middling-to-good review of the new Kendrick Lamar album. We gave it a 6/10.

Keast: Calling it blasphemy is the calmest response we got. Someone literally phoned me – a phone call! – to complain about that review.

What’s your favourite celebrity CanCon story from the past 25 years?

Danzig: At our second-anniversary party, Bruce LaBruce invited director Gus Van Sant, who was filming To Die For in Toronto. Tom Cruise and Nicole Kidman showed up at our party in a dump on Church Street where a bunch of weird rock bands were playing.