The new screamo/emotional hardcore festival has arisen to foster a sense of community, mobilization and passion that's endangered in the local scene 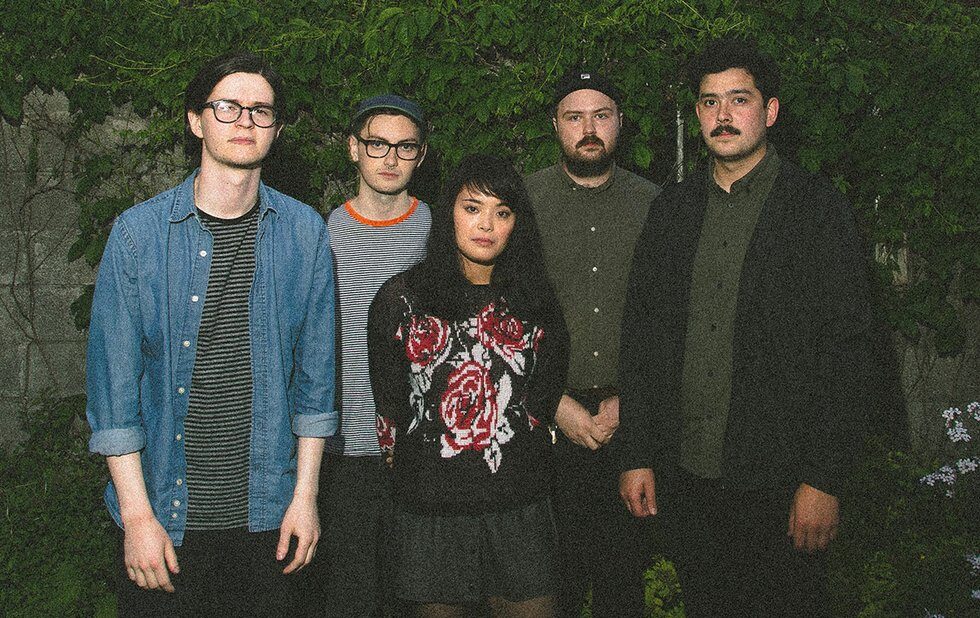 “Since D-Beatstro closed we’ve been trying to find our footing,” says Egin Kongoli, one third of DIY collective New Friends. The “we” refers to both the collective and the greater local emotional hardcore/screamo scene they represent, now adrift and without a home.

For three years, D-Beatstro served as a reliable all-ages space that prioritized accessibility and acted as a hub for many iterations of Toronto’s punk scene. In its absence, Kongoli says it felt like their community was slipping through their fingers. In response, New Friends resolved to do something they’d never done before and book a festival.

Over three days, New Friends Fest aims to foster the sense of community and togetherness its organizers feel is missing from their scene. Kongoli co-organized the fest with their bandmate in Respire, Rohan Lilauwala, as well as Vanessa Fever, vocalist in hardcore outfit Digest.

Lilauwala ran punk house Skramden Yards and Fever booked shows, put out records and played in bands in Calgary before moving to Toronto. With those long-standing roots in various DIY punk scenes, the trio called upon their friends throughout Canada and the U.S. to play the fest, emphasizing acts who rarely (or never) play here.

“Touring in Canada sucks,” Fever says bluntly. Lilauwala adds, “[Respire has] toured through Europe twice but never through Canada. We wanted to give the bands that wouldn’t otherwise come here a reason to.”

Edmontonian headliners I Hate Sex’s New Friends set is significant for being both their first show in Toronto and their last as a band. Halifax’s Frail Hands will also be making their way here for the first time, making the trek west specifically for this festival. Philadelphia’s Soul Glo have come through town a number of times, but this will mark the first all-ages show in the city. Kongoli says that three quarters of the festival’s shows will be all ages.

The majority of bands playing the festival are ones connected to the collective’s core trio. The idea behind relying on mostly old friends for the festival billing is twofold: it draws upon the already existing community and, they hope, the rare performances will bring new people to the shows.

The festival also aims to break down the barriers between bands and the audience, Fever explains, a concept they’re calling “radical inclusivity.”

“Half the time you go to a show, you pay your $10, you watch four bands play and then you go home,” she says. “You might hang with a couple of friends, but we want to do more than that – we want to actually foster a community.”

Though it’s not listed on the Facebook event or on posters, New Friends’ organizers have grand plans for karaoke, daytime Dunbat pool visits and more to get people involved and connected.

New Friends’ diverse booking is another way organizers are hoping to make people more comfortable. “We’re trying to make sure people see themselves and their identities in the performers onstage,” he says. “Every day there’s female-identifying, queer, non-binary performers, POC performers.”

Inspired by European fests Kongoli and Lilauwala played, New Friends have gone to the trouble of sourcing food and lodgings for the visiting bands, connecting them with passionate locals volunteering their space and time. “The community has really come together to help us promote it and put it together,” Fever beams.

Before a note has even played, it’s evident that the organizers of New Friends Fest are excited by the community mobilization they’ve managed thus far, and are optimistic that their new festival could be the start of something lasting.

“It’s a lot easier if we band together, support each other, pick up the slack for each other. So if there are more people taking on that burden, we have a better chance of building something that can sustain itself.”